7 international peacekeepers were killed in what's being characterized as a tragic accident on Egypt's Sinai Peninsula. 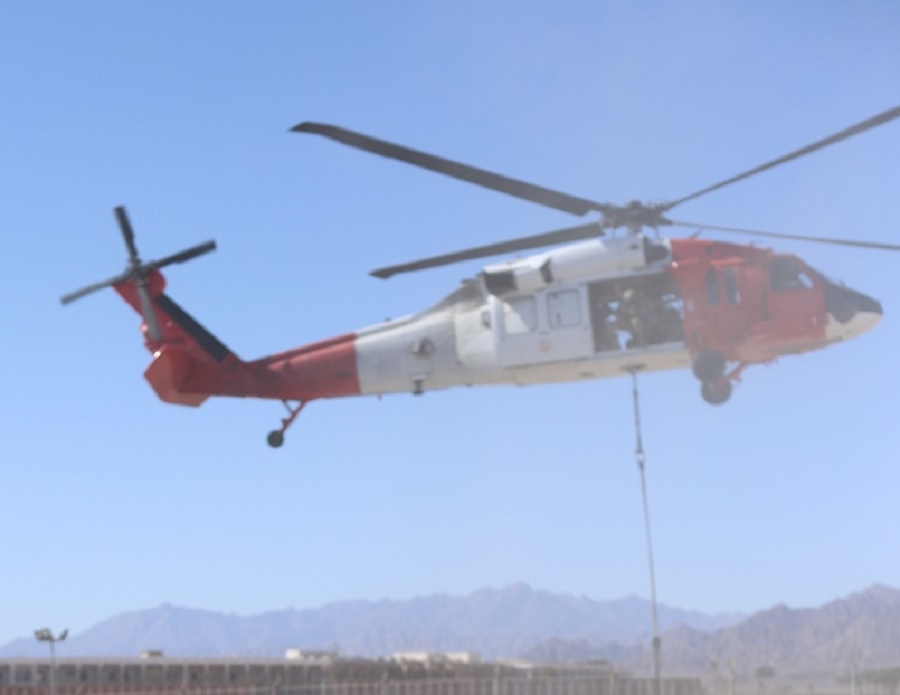 Five American troops were killed in a helicopter crash on Egypt’s Sinai Peninsula on Thursday.

The U.S. Army UH-60 Black Hawk helicopter went down on the small Tiran Island between the Red Sea and the Gulf of Aqaba, according to Fox News. One American is said to have survived the crash, while ABC News reported that two additional international peacekeepers were killed. That information was subsequently confirmed on the Multinational Force & Observers website.

“During a routine mission in the vicinity of Sharm el-Sheikh, Egypt, nine members of the Multinational Force and Observers (MFO) were involved in a helicopter crash,” the statement said. “We are deeply saddened to report that eight uniformed MFO members were killed; six U.S. citizens, one French, and one Czech. One U.S. MFO Member survived and was medically evacuated. Names are being withheld pending notification of next of kin.

“The MFO will conduct an investigation to determine the cause of the accident,” the statement continued. “At this point, there is no information to indicate the crash was anything except an accident.”

The American death toll was later revised to five by the Pentagon.

ABC News noted that there are “452 U.S. military personnel among the force of 1,154 international peacekeepers” on the Sinai Peninsula as part of the 1978 Camp David Accords between Egypt and Israel. The historic peace treaties were brokered by then-President Jimmy Carter.

“Active duty military personnel were assigned to the mission for decades, but in recent years it has been carried out by National Guardsmen,” ABC reported.

Please join The Stream in praying for the families of the five American heroes who made the ultimate sacrifice to preserve peace. We also ask God to comfort and heal the U.S. service member who reportedly survived the crash.

As I wrote on Veterans Day, those who serve “deserve the eternal appreciation and respect of a grateful nation.” During this hour of tragedy and grief, we send our love and prayers to America’s newest Gold Star families and pledge to always honor and remember their loved ones. Because of them, we are free.