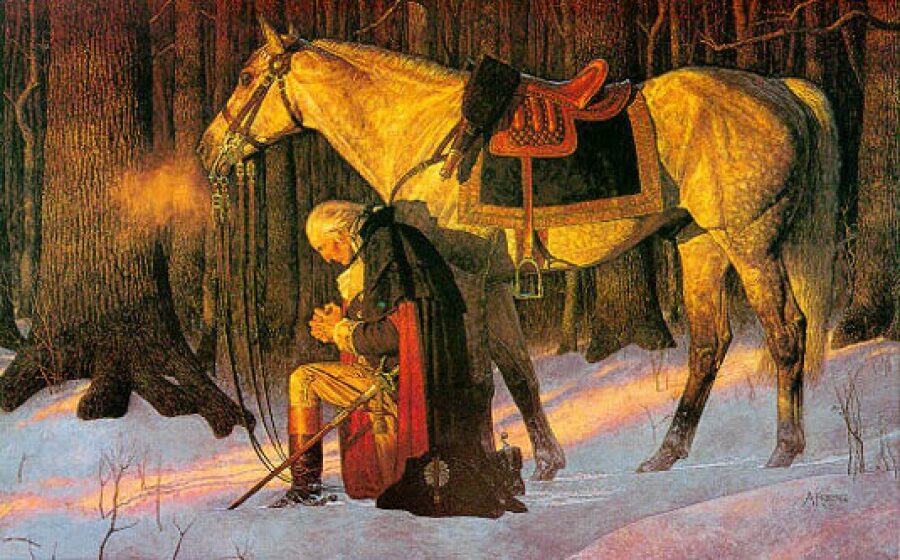 This column was originally published May 7, 2020 with the title “Should We Just Write America Off as a Botched, Godless Experiment?” We reprint it today to celebrate Independence Day 2021.

Why does the U.S. have such a distinctive history? What is exceptional about us? How are we different from “normal countries” (Barack Obama’s term), like those in Western Europe, which are mostly content to dissolve their sovereignty in the secretive, autocratic European Union?

If you ask most American liberals, and the historians they read, the answers are clear. We aren’t distinctive. We’re not exceptional, except that we embraced “diversity” through mass immigration before Europeans got the memo. We are a normal country, like France or The Netherlands. We’re just in denial about it. It’s the job of the Democratic party, our history teachers, and the U.S. courts to banish our old superstitions. To accept that there is nothing providential about American history. And that there was nothing Christian about its founding.

Our founders’ refusal to let Congress establish a U.S. church was meant to launch a radical separation of church and state. The purpose of that, we’re told, was to protect unbelieving citizens from the menace of “theocracy.” Those who disagree? They want to remake America on the model of Iran or Saudi Arabia.

Our rights don’t come from a Creator. (You’ll notice Joe Biden couldn’t bring himself to mention one.) They emerge from a “liberal consensus,” which means that they’re ever changing, and must be discerned by judges, then applied by the government. So we might have really had gun rights in 1783. But now we don’t anymore. Instead we have the right to protection from transphobic discrimination. If that’s any consolation.

Was America Ever “Liberal”? And Has it Failed?

You even hear some self-styled conservatives preaching this counter-gospel. Critics of “Liberalism” insist that the U.S. was not founded on a Christian view of the person. No, we were cooked up as a laboratory experiment to apply John Locke’s ideas. Those in turn were simply a prettified version of Thomas Hobbes’ grim, mechanistic worldview. The God-talk so many of our founders engaged in? That was basically a smoke screen, perhaps to hide our founders’ radically secular, atomistic liberalism even from themselves. So Christian conservatives in America should simply give up on trying to advocate for natural law, or even religious liberty. The system has been rigged against us from the beginning.

The Hide in a Bunker Option

On this view, the ACLU and Planned Parenthood are right that the Constitution demands abortion and same sex marriage. Their court victories were legitimate ones. Think of all those court decisions starting in the 1950s that eviscerated the public display of religion, and insisted that laws be value-neutral, instead of aimed at promoting “virtue” and “religion.” Those weren’t examples of secular judges bowdlerizing our history and imposing their own values. No, those judges were correcting the record. They were accurately imposing the logical consequences of our thoroughly secular founding.

Critics of “Liberalism” insist that the U.S. was not founded on a Christian view of the person. No, we were cooked up as a laboratory experiment to apply John Locke’s ideas.

Instead of insisting that the “original intent” of our founding documents fits well with Christian teaching, we should retire. We must wait for (or hasten?) the collapse of this ill-founded country. Then emerge from our Christian bunkers to rebuild something from the ruins.

Debunking the Secular “Just So” Story

But is any of this true? Are we doomed simply to trade opinions, follow our guts, or proceed from wishful thinking? Wouldn’t it be helpful if some scholar went through our founding documents with a fine tooth comb to test such propositions?

Meet Mark David Hall. (See The Stream’s interview with him.) A Distinguished Professor at George Fox University, he has recently published a book that’s both broadly approachable and beyond academic reproach. Did America Have a Christian Founding? is short and compelling. And it’s densely packed with quotes and citations from original sources and subsequent scholars. 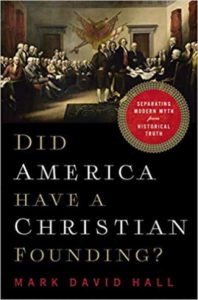 Its argument proves convincing. The “ACLU Consensus” about the American founding is false. In fact it’s wildly false. The fact that major historians have propounded this consensus ought to be a scandal. To illustrate that fact in a subtle, collegial way, Hall starts each chapter with self-satisfied statements by respected scholars, asserting one aspect or another of this Consensus. Then he spends the chapter adducing piece after piece of evidence that these scholars got it wrong.

No the Founders Weren’t a Bunch of Deists at Starbucks

Hall starts by shooting down the Hindenburg: the vast, gaseous claim that most U.S. founders were Deists, or quasi-Deists. Using quotations from signers of the Declaration of Independence and framers of the Constitution, he shows the opposite. The overwhelming majority of the U.S. founders were orthodox Protestants (with a single, if crucial Catholic). Even Jefferson and Franklin wavered in their Deism, with talk of divine Providence, prayer and fasting, and divine punishments for national sins. In fact, we can only peg one major figure in the U.S. founding as a thoroughgoing Deist: Thomas Paine. He concealed, even falsified that fact in his influential writing, which cited the bible heavily and spoke of divine promises and punishments.

John Locke Wasn’t a Founder, Or a Deist

The next myth Hall debunks is the claim that the U.S. Constitution is “godless.” Yes, its only explicit mention of God is “the Year of Our Lord,” where the documented is dated. But Hall goes deeper. He attacks head-on two crucial claims:

Hall notes that Locke is only one of the philosophers the founders mentioned in their own writing, and not the most often cited. He points out that Locke’s critical Second Treatise was not republished in the U.S. after 1773 until … 1937. Hardly what you’d expect if that treatise were the skeleton key for understanding American liberties.

Furthermore, Hall offers solid evidence that Locke was not a crypto-Deist but a sincere Protestant. Like many in England, he was intent on protecting his fellow believers from persecution. Remember that as Locke was writing, the French king was hunting Protestants.

Virtue and Religion Key to Liberty

Hall goes through the writings of the Constitution’s key drafters, including Washington and Madison. He shows they repeatedly, and with apparent sincerity, cite the God of the Bible as the source of Americans’ rights. With equal insistence, they warn that the abandonment of “virtue” and “religion” would doom the prospects of liberty in America. Barring other evidence (we’ve found none), the founders meant these words as their readers would interpret them. That is, Aristotelian or Stoic virtue and Christian religion. They spoke in general terms to citizens who belonged to many different churches.

America: Not Deist, But Protestant

Hall identifies the origins of the First Amendment. They had nothing to do with Deist suspicion of religion or fear of theocracy. There weren’t enough Deists to pass a local ordinance in America, much less enact a Revolution and Constitution.

Instead it was the fervent Protestantism (mostly Calvinism) of the vast majority of those supporting the Patriot cause against Britain. They feared that Anglican bishops would take over their churches. They resented paying legal tithes to churches other than their own. The First Amendment stood as a fence to protect churches from each other, and from the State. Also to preserve the Gospel from the “corruption” that comes with the support and subsidies of the State. The founders talked much of the dangers of “hireling” shepherds, like the lax clergy of England.

There is much, much more in this rich and convincing book. I highly recommend it to any student of U.S. history. It’s crucial for any Christian arguing for his own right to speak in the public square.

This is our country, friends. The secularists are latecomers. Don’t let them jump our claim.