The author's wife had to compete against juiced-up East Germans in the 1984 Olympics. 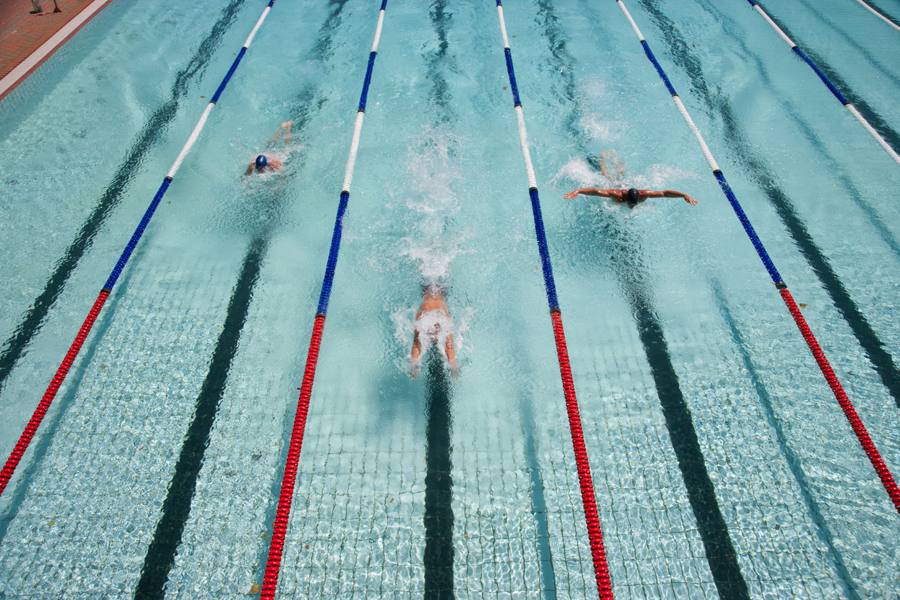 Champion Women, an organization led by Olympic gold medalist, Nancy Hogshead-Makar (who has liberal views on many issues), has initiated a petition to ban Lia Thomas from the NCAA Championships to be held in Atlanta March 16-19. The petition will go to USA Swimming, as the NCAA has announced it will defer to that group’s transgender eligibility policy.

It’s about time that the insanity got some push-back. He can have a woman’s name like Johnny Cash’s “A Boy Named Sue” if he so desires, but his sex can never be changed. Here’s the settled science in just six words: “He [God] created them male and female” (Genesis 5:2).

Here’s the settled science in just six words: “He [God] created them male and female” (Genesis 5:2).

Romans 9: 20-21 asks, “But indeed, O man, who are you to reply against God? Will the thing formed say to him who formed it, ‘Why have you made me like this?’ Does not the potter have power over the clay?” In Matthew 5: 36, Jesus said we can’t even make one of our hairs white or black. (Obviously, a temporary outward appearance with dye doesn’t count.)

Letting the Cat Out of the Bag

Paul Keck Jr. of the Harvard Medical School wrote in a 1990 issue of the Journal of Nervous and Mental Disease of a 17-year-old boy who thought he was a cat. He thought Tiffany (the family pet cat) was his real parent and claimed that by age 11 he learned to speak “cat.” The psychiatrist’s report read, “When alone, he began to regularly hunt with cats, to eat small prey and raw meat, to have sexual activity with cats in serial monogamous relationships, and to converse with them by mewing and feline gestures.”

I’m not comparing any human being, who is “fearfully and wonderfully made,” (Psalm 139: 14) to a cat. The point is, the fact that the boy thought he was a cat didn’t make him a cat. Likewise, Lia Thomas thinking he’s a woman doesn’t make it so.

The petition calls for (among other things):

Suppression of testosterone into the female range for a minimum number of years prior to swimming competition in the female category.

Demonstration of continuation of suppression of testosterone in the female range during the period of eligibility for swimming regular season and championship competition in the female category.

Examination of pre-/post-transition time declines compared to the current NCAA qualifying time male/female percent difference as a proxy for the expected male/female difference.

Examination of pre-/post-hierarchical ranking in male and female D-I swimmers to determine whether these rankings are reasonably within the same range.

The petition concludes with this:

We now know that the NCAA’s standard was based on the hypothesis that one year of testosterone suppression would be sufficient to roll back a transgender woman’s male-puberty performance advantages. But new scientific evidence and results like Lia Thomas’s demonstrate that mitigation may not be possible in the sport of swimming.

To add your name to the petition, use this link. If you’re not a part of the swimming community, you can check “Other.”

As Dr. Michael Brown pointed out in The Stream on Sunday, an unidentified teammate of Lia’s said, “It’s definitely awkward because Lia still has male body parts and is still attracted to women.” (Thomas has admitted that his attraction to women did not change with the “transition.”) The Western Journal writes, “These women are being forced to disrobe and shower with a man who says he is attracted to women just to satisfy the school’s desire to bow to the radical transgender agenda.” To all of you “woke” individuals who are supporting this insanity: You are not only acting as an accomplice to their confusion, but they are also making a mockery of you. He’s probably grinning all the way to the women’s locker room.

Cynthia Millen, after officiating in USA Swimming for 30 years, recently resigned in protest of Lia Thomas being allowed to compete with women. She said, “The fact is that swimming is a sport in which bodies compete against bodies. Identities do not compete against identities.”

Even Caitlyn Jenner, a “transgender” Olympian champion, recently told Sean Hannity, “The NCAA is kicking the can down the road … . Biological boys should not play in women’s sports. It is just not fair. We have to protect women’s sports from something like this.” He added that he would not play in a women’s golf tournament because he could out-drive them by 100 yards.

My wife, Kim, competed in the 1984 Olympics in Los Angeles in the 200-Breaststroke. So, this subject hits close to home for her. Here are her comments concerning this controversy:

I believe that if science was honestly followed in this situation a ‘transgender’ would never be able to compete with women. But unfortunately, science can be skewed according to bias or political ideology. Although this petition is a step in the right direction, I don’t trust that science will truly be followed. Biological women will continue to get the short end of the stick. I am one of those women who came in second to an East German who was doping. This is personal to me. We’ve come too far as women to even be having this conversation.

We’re letting the “camel get its nose under the tent,” and if we don’t stop it, there will be no end to this lunacy. What if an 18-year-old identifies as a 16-year-old to play in the Little League World Series? Age is no more an absolute than gender.

Or what if more people start feeling like the “cat guy” and declare they are “transspecies?” What would be next? Inanimate objects? Perhaps Tom Hanks in Castaway, was headed there with Wilson, the volleyball, had he not gotten off that island. A California man, recently convicted of molesting a 10-year-old girl, will serve his sentence in a female juvenile facility simply because he now identifies as a woman.

I do have compassion for Thomas. He’s a young man beset by confusion, of which God is not the author (1 Corinthians 14: 33). I pray that he accepts his God-given frame and finds his true identity through Jesus Christ.