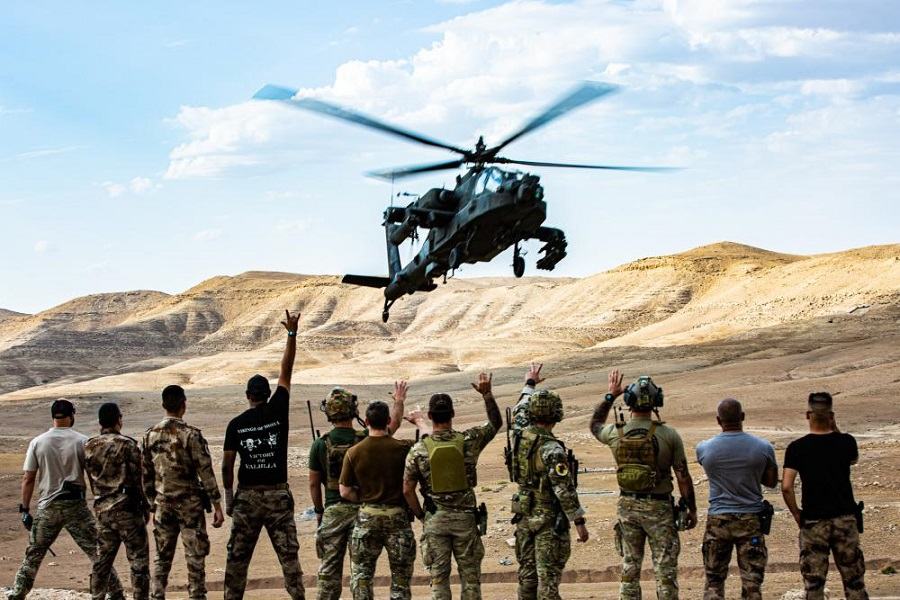 An AH-64 Apache helicopter displays a “show of force” during a live fire exercise held at the Mosul Dam in Iraq on October 18, 2021.

The U.S. military is out of Afghanistan, but hundreds of American citizens are still there.

Stars and Stripes reported this week that the State Department is coordinating logistics to get 196 Americans out of Afghanistan almost two months after American troops left. The report also said there are 244 additional American citizens in the country who “are not ready to depart either because they want to stay or aren’t ready,” according to Undersecretary of Defense for Policy Colin Kahl.

During a Senate hearing earlier this week, Republican U.S. Senator Jim Inhofe called the Biden administration’s numbers “confusing” and said “we really don’t know how many Americans were left in Afghanistan.”

Hundreds of Americans being left behind after the longest war in our country’s history is a huge story. Shawn VanDiver, a U.S. Navy veteran who helped get Afghan interpreters out of the war zone, noted the importance of continuing to pay attention to Afghanistan.

Raise your hand if you still care about what happens in #Afghanistan and you want to keep seeing it in the news. #AfghanEvac

Shawn is right. With hundreds of Americans and thousands of Afghan evacuees still in limbo and the Taliban brutalizing women and girls, we cannot turn away. Let’s all raise our hands and pledge to keep following events from a country where countless brave U.S. military service members served and sacrificed for two decades.

Thousands of American military personnel are still serving in the Middle East. Last week, The Stream noted that 200 U.S. troops serving in Syria recently came under attack by enemy drones and rockets. Thankfully, nobody was hurt. U.S. officials reportedly believe that Iran was behind the attack.

As some call upon President Biden to withdraw all 900 U.S. service members stationed in Syria, our troops are still fighting hard against ISIS, al-Qaeda and other terrorist groups. Late last week, “senior al-Qaeda leader” Abdul Hamid al-Matar was reportedly killed by an American drone strike.

“Al-Qaeda also uses Syria as a base for threats reaching into Syria, Iraq and beyond,” said U.S. Army Maj. John Rigsbee, as quoted by The Military Times. “The removal of this al-Qaeda senior leader will disrupt the terrorist organization’s ability to further plot and carry out global attacks threatening U.S. citizens, our partners, and innocent civilians.”

In Iraq, where approximately 2,500 U.S. troops are still serving, ISIS murdered eleven “defenseless civilians” on Tuesday. Reuters reports that the terrorist group used “several vehicles and semi-automatic guns” to butcher Iraqis in the village of Al-Hawasha.

While the U.S. military’s primary role in Iraq is training Iraqi forces and protecting the U.S. Embassy in Baghdad, these selfless men and women in uniform clearly face danger from terrorist groups – and fanatical leaders of countries like Iran – who want to kill them. Please say a prayer for all of our nation’s deployed troops and their families here at home.

A homecoming ceremony for members of a U.S. Air Force Special Operations Squadron was recently held at Cannon Air Force Base in New Mexico. 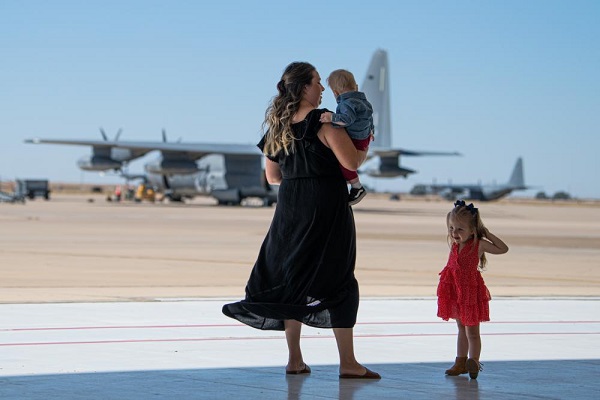 Family members of a U.S. Air Force Special Operations Squadron wait for the arrival of their loved ones for a homecoming ceremony at Cannon Air Force Base in New Mexico on October 14, 2021.

I chose to share the above image, captured by Senior Airman Marcel Williams, because I think it encapsulates the burdens that are still being shouldered by so many military families. Day after day, they wait and worry about their loved ones serving in faraway places.

We thank all military families for their sacrifices. To the special operations warriors who just returned to New Mexico: welcome home, heroes!