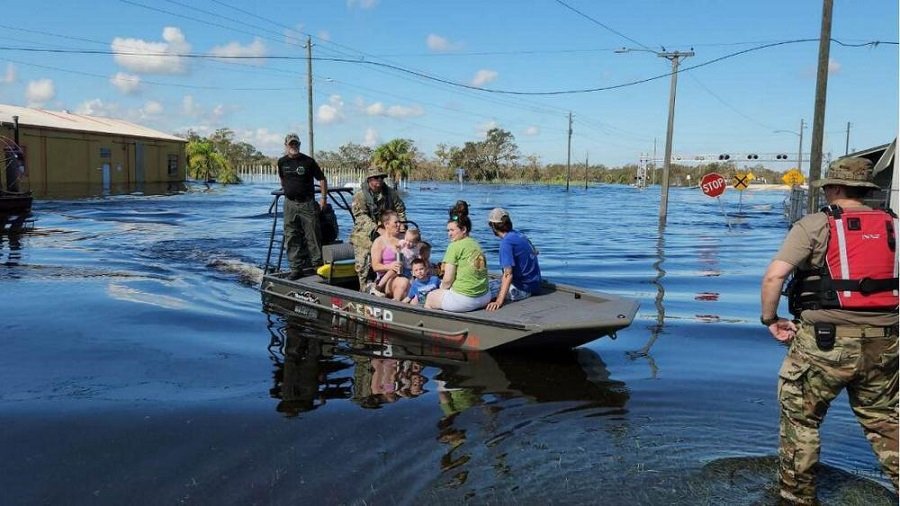 The U.S. military has rescued more than 2,000 victims of Hurricane Ian since the Category 4 storm made landfall on the west coast of Florida.

Working alongside first responders, over 5,000 National Guardsmen from Florida and neighboring states have stepped forward to help in a manner that should make every American proud. From saving people and pets to delivering essential supplies to devastated areas, selfless service members are lifting up countless communities during dark times.

“I’ve been through hurricanes before, but I’ve never seen anything like this,” Florida National Guard Spc. Omari Jackson told Fox 4 Southwest Florida this week. “There’s a lot of damage and it’s really, really something different to see how quickly someone’s life can change.

“Just that tarp or that case of water, it really changes their whole day,” the soldier added.

As Defense Secretary Lloyd Austin highlighted this week, the extraordinary men and women of the National Guard and other military branches, including the Coast Guard, have been working tirelessly ever since the storm struck last week.

I couldn't be more proud of the more than 5,100 @USNationalGuard members working around the clock to support Hurricane Ian response efforts. So far, they’ve rescued 2,100 people and 51 pets. These incredible men and women are as their motto says: Always Ready. Always There. pic.twitter.com/pxRplW2jMr

One of the hardest hit areas is Pine Island, which had its only causeway connected to the mainland virtually wiped out by Hurricane Ian until a temporary bridge was quickly built this week. The National Guard has played a huge role in recovery efforts there, including efforts to clear massive amounts of debris from Pine Island’s roads.

“As Guardsmen, it’s an honor and a pleasure to be able to answer the call when it comes in,” Florida Air National Guard Capt. Jason Davis said this week. “When you see disasters like this, it’s awful and you want to be able to plug in and do your part to serve, and that’s exactly what this is.”

As we thank the military and first responders for their incredible efforts, please continue to pray for the people of Florida and other states impacted by Hurricane Ian.

American troops reportedly killed an ISIS terrorist during what Reuters is describing as a “rare U.S. helicopter raid” in Syria.

According to the report, the first U.S. special forces operation to take place this week occurred in “the government-held village of Muluk Saray in the northeastern province of Hasakeh” near Syria’s border with Turkey. Fox News reports that the dead ISIS terrorist’s name was Abu Hayel and that another ISIS fighter was wounded. Thankfully, no U.S. service members were killed or injured.

ISIS operative Abu Hayel was killed in the raid and one ISIS fighter is wounded, a U.S. official tells Fox. https://t.co/JaY5eC2Maz

On Thursday afternoon, Fox News reported that a second U.S. military strike against ISIS had been carried out, this time killing two terrorists in northern Syria.

At 6:23 pm local Syria time, US forces conducted an airstrike in northern Syria, killing both Abu 'Ala, one of the top 5 ISIS leaders and the deputy leader of ISIS in Syria, and Abu Mu'Ad al Qahtani, an ISIS official responsible for prisoner affairs. https://t.co/gWCAqESh2d

While we don’t hear nearly enough about the sacrifices of thousands of valiant American warriors serving in Syria and neighboring Iraq, we must keep these heroes in our prayers. Every single day, they are hard at work confronting evil and bringing terrorists to justice. Lord, please keep them safe and comfort their families here at home.

A U.S. Navy patrol and reconnaissance squadron returned to Florida this week after spending the last six months deployed overseas. 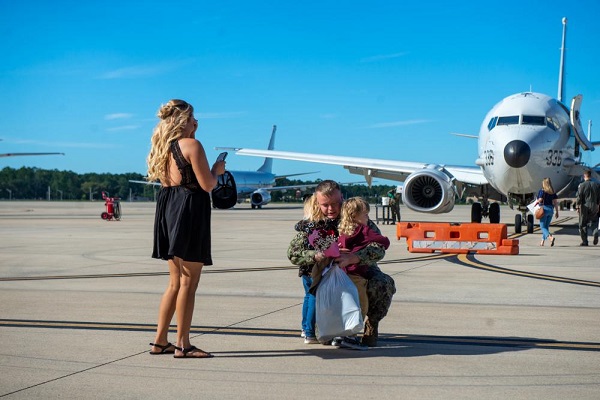 A U.S. Navy aircraft engine mechanic is greeted by his family as his unit returns to Naval Air Station Jacksonville, Florida, on October 4, 2022