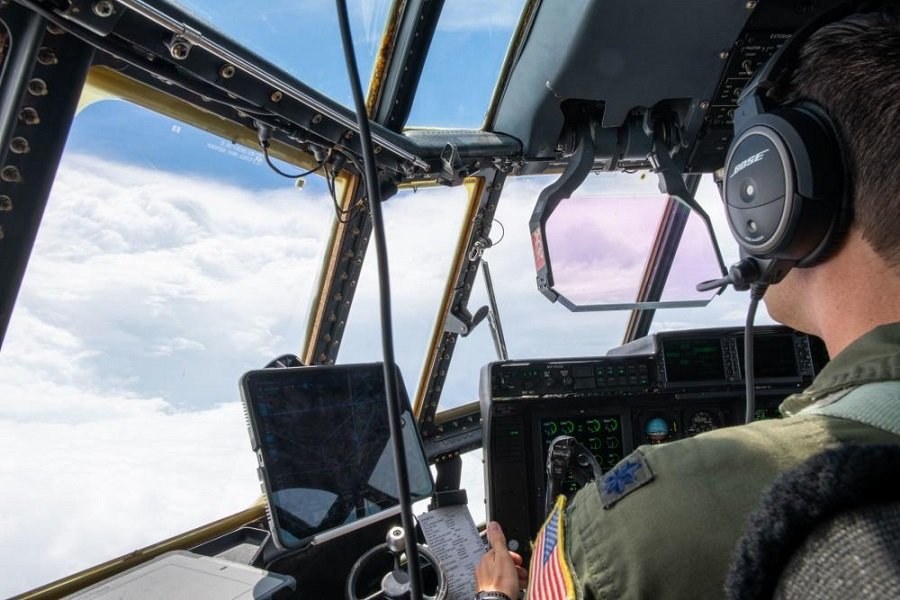 A U.S. Air Force pilot steers a WC-130J Super Hercules aircraft inside the eye of Hurricane Ian on September 27, 2022.

As the nation prays for Florida and all in the path of Hurricane Ian, we should simultaneously thank the heroes who are saving lives while risking their own.

At this hour, thousands of National Guard troops and first responders are rescuing innocent people trapped by catastrophic flooding and other damage caused by Hurricane Ian, which made landfall on Wednesday as a monster Category 4 storm. More than 5,000 Florida National Guard service members are assisting and coordinating with equally brave Coast Guardsmen, police officers, firefighters and other emergency workers.

“We want to save as many lives as possible and really mitigate any suffering as quickly as possible,” said National Guard Bureau chief Gen. Daniel Hokanson during an interview with The Weather Channel earlier this week. “And so this is primarily where our assets and high-water vehicles can really get in there and control those areas where people might be trapped or in danger to try to get them to safety as quickly as possible.”

The @FLGuard has now arrived to the Orlo Vista neighborhood in Orlando. @breakingweather @accuweather pic.twitter.com/uHWFjT9lAN

The National Guard troops aren’t all from Florida, either. Valiant soldiers and airmen are deploying to the Sunshine State’s west coast from several neighboring states including Tennessee, which is sending more than 1,200 troops to help with search, rescue and cleanup efforts.

As Florida Gov. Ron DeSantis underscored on Thursday, his state’s road to recovery will be long, difficult and spread across areas that weren’t necessarily in Hurricane Ian’s direct path.

“The amount of water that’s been rising, and will likely continue to rise today even as the storm is passing, is basically a 500-year flood event,” Gov. DeSantis said.

JUST IN: “The amount of water that’s been rising…is basically a 500-year flood event.”

Florida Gov. Ron DeSantis warns that there is a potential for major flooding “hundreds of miles” from where Hurricane Ian made landfall. https://t.co/23eIyeHVo4 pic.twitter.com/sjKifjqrty

I live on the east coast of Florida, and saw firsthand some of this storm’s devastation when a tornado touched down less than a mile from our house on Tuesday night. It caused multiple injuries and significant damage. Having seen the results of just one tornado spawned by Hurricane Ian’s outer bands, it’s hard to imagine what Floridians who live much closer to the eye’s landfall have endured.

Please pray for the victims of Hurricane Ian and the selfless service members and first responders who are wading through dangerous floodwaters and piles of debris to save lives. They are American heroes.

The U.S. military is blaming Iran for an “unprovoked attack in Iraq’s Erbil Governate” on Wednesday morning. According to U.S. Central Command, Iran’s Revolutionary Corps launched a drone that “appeared as a threat” and was subsequently shot down by American troops stationed in Iraq’s Kurdistan region.

“No U.S. forces were wounded or killed as a result of the strikes and there is no damage to U.S. equipment,” the CENTCOM statement embedded below said. A separate statement noted that “the attacks did injure and kill dozens of people within the Erbil Governorate.”

A group of U.S. Air Force airmen returned to North Dakota this week after serving a Bomber Task Force deployment in support of NATO at RAF Fairford in England. 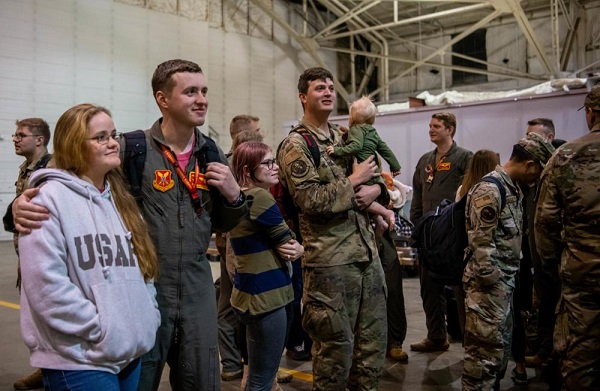 U.S. Air Force airmen greet their families after returning from a deployment at Minot Air Force Base in North Dakota on September 27, 2022.