The court is likely to uphold the constitutionality of the program. 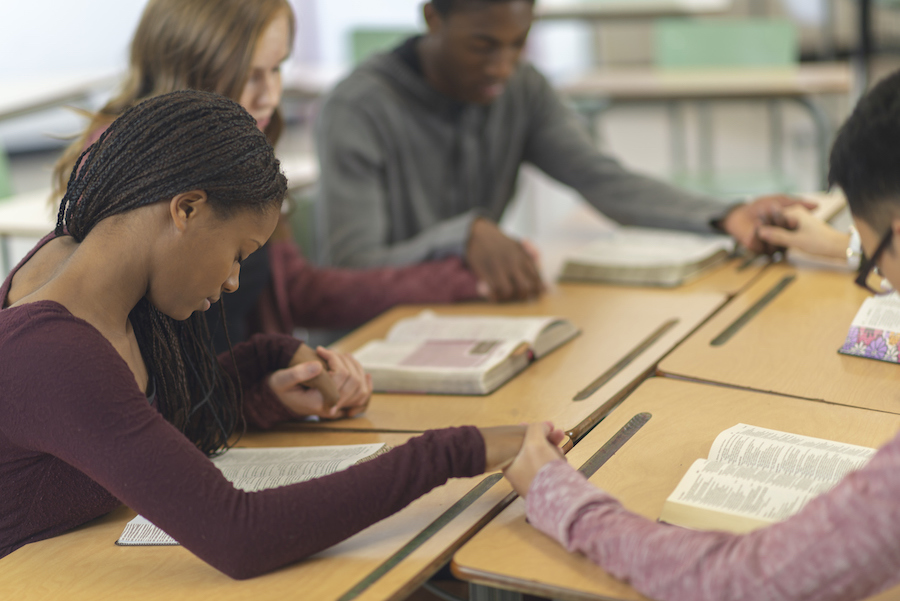 But the Montana Department of Revenue implemented a rule excluding religious schools. The agency cited a clause in the Montana constitution that prohibits state funds from going to religion. That type of law is known as a Blaine Amendment.

The Blaine Amendments came about due to suspicion of Catholics.

These Blaine Amendments originated over 100 years ago due to suspicion of Catholics. Sen. James Blaine tried to get the federal constitution amended to prohibit funds going to “sectarian” schools. He did not want Catholic schools receiving funding. Thirty-seven states have the amendments in their constitutions.

Some parents of the children who received scholarships sued the state. They appealed to their right to equal protection under the law and to freely exercise their religion grounds. The Montana Supreme Court struck down the entire voucher program.

The plaintiffs appealed to the U.S. Supreme Court. The case is called Espinoza v. Montana Department of Revenue.

The court will likely look to the 2017 Trinity Lutheran case for precedent. There, Trinity Lutheran Church in Missouri applied for a state program helping schools resurface their playgrounds. The church wanted to resurface its children’s playground. Their application was rejected, on the grounds that the state constitution prohibited funding for religion.

The Supreme Court held that Missouri violated the free exercise clause by preventing the church from participating in a secular, neutral aid program. Chief Justice John Roberts wrote the opinion. He compared Missouri’s actions to efforts made 200 years ago by various states to stop people of faith from running for office. The state discriminated against Trinity Lutheran simply because it was a church.

It was the first time the court has ruled that the government must provide funding directly to a religious organization. The court ruled for the church in a 7-2 decision. Only liberal justices Sonia Sotomayor and Ruth Bader Ginsburg dissented.

However, Roberts distinguished it from a situation where a religious organization uses the money for a religious purpose. The church wanted to repave a playground used by neighborhood children and secular programs. The state refused the aid only because the church was a church.

State Money is Not Even Going to Religion

In the Montana case, state money isn’t even going to a religious organization. People give the money to a scholarship-granting organization, which then gives the money to parents. Opponents will argue that since the parents get a tax credit, government money is indirectly involved.

This case can be distinguished from the Supreme Court’s 2004 decision in Locke v. Davey. There, the court upheld a Washington state Promise Scholarship Program that refused to let students use it to study “devotional theology.” However, they could use it to attend religious schools and attend religious courses.

During oral arguments, some of the justices compared the situation to racial discrimination.

During oral arguments on Wednesday, some justices compared the situation to racial discrimination. Roberts asked what if the state decided to discontinue public pools, since studies show a higher percentage of blacks use them? The state’s attorney defended the constitutional prohibition on aid to religious schools. The intent was to protect religious schools from political influence, he claimed.

Is Standing a Problem?

There was also some discussion of whether the parents were the right plaintiffs to bring the lawsuit — whether they have “standing,” in other words, as required by law. Their attorney explained that they benefitted from the program. Justice Kagan said there was no discrimination since the Montana Supreme Court struck down the program in its entirety.

Jeffrey Wall of the Solicitor General’s Office argued on the parents’ side. He said the parents are being penalized for exercising their religious rights. “Everybody concedes that if all the parents in this program had wanted to choose secular schools, there’d be no basis for the state court’s ruling. The scholarship program would still exist.”

SCOTUS will likely issue an opinion in Espinoza at the end of June, when this term ends. The court could issue it as early as April.