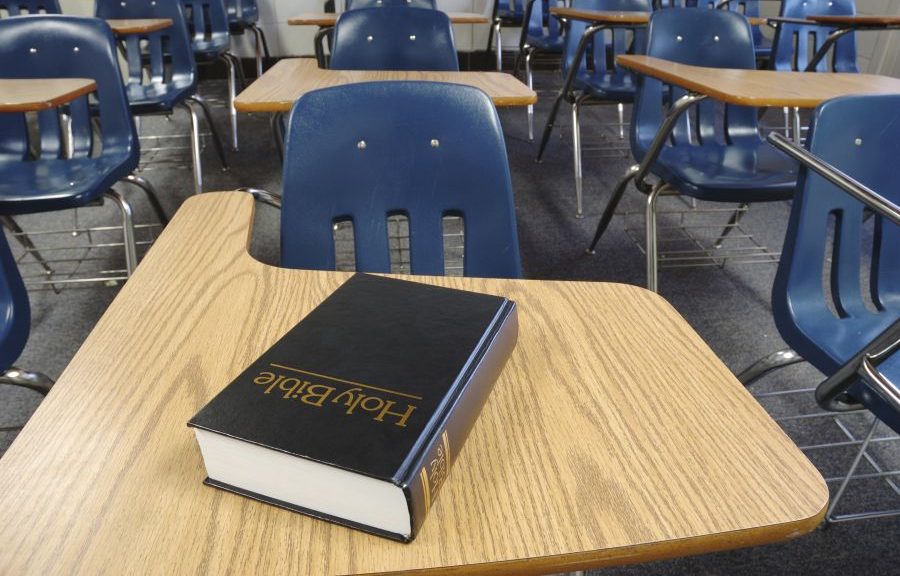 Officials in the state of Maryland have banned a school from their voucher program due to its faith-based views on gay marriage and transgenderism. The Baltimore Sun reported that Bethel Christian Academy responded to the ban with a lawsuit contending officials violated its religious freedom.

The case will now be heard in federal court.

According to the complaint filed in June, the voucher program in Maryland — Broadening Options and Opportunities for Students — launched in the 2016-2017 school year and benefits low-income students, allowing them to attend private schools they otherwise may be unable to afford.

The state instituted a ban on Bethel Christian Academy after sifting through the handbooks of nearly 180 schools that participated in the voucher program. Of those, nearly 20 were deemed ineligible due to discriminatory language in their handbooks, including Bethel.

Though Bethel Christian Academy espouses traditional Christian beliefs about marriage and sexuality, the school has not disqualified a student from attending based on sexual orientation. Officials required the school to reimburse the state for its participation in the program prior to the ban, which it did.

In 2018, Matthew Gallagher, chairman of an advisory board that oversees the vouchers, wrote the school saying the state viewed its policy as discriminatory.

The lawsuit says Gallagher wrote, “A non-heterosexual student may reasonably view the policy as one that allows denial of admission or discipline or expulsion on the basis of his or her sexual orientation. Therefore, the Board concluded that this policy, on its face, was in conflict with the nondiscrimination clause contained in the … law.”

The Christian school opposed the state’s ban and said Maryland’s decision infringed on its First Amendment right to religious freedom.

“The Supreme Court has been very clear that there is no place in our society for religious hostility,” said Christiana Holcomb, the school’s legal counsel, according to The Baltimore Sun. “That is the crux of the issue of this case.”

Holcomb said that Bethel is no longer able to participate in the voucher program because of Bethel’s Judeo-Christian beliefs about marriage.

The intersection of religious freedom and civil rights is the latest sticky set of legal issues the nation is contending with as LGBT causes are increasingly being litigated at all levels of the judiciary. However unusual this particular case might seem — it certainly hasn’t made a big splash in the news — the Supreme Court agreed to hear oral arguments for a similar case, Espinoza v. Montana Department of Revenue, on Jan. 22.

In that case, low-income children in Montana are no longer able to participate in a scholarship program if they choose to “spend” their voucher attending a religious school.

Even though Montana’s state legislature passed the Tax Credit Scholarship Program in 2015 — which would have allowed Montana citizens a modest credit of $150 to a private scholarship program — the Montana Department of Revenue refused to implement the program.

Its reason? The Blaine Amendment, something at least some legal scholars believe is a 19th-century law, steeped in bigotry, and which also happens to ban tax credits going to schools with a religious affiliation.

In its amicus brief filed on behalf of the case, the Becket Fund for Religious Liberty, a nonprofit, argued that the Blaine Amendment violated the First Amendment rights of the citizens of Montana. It makes a persuasive case that all Blaine Amendments are anti-Catholic, and thus unconstitutional under the Free Exercise Clause of the Constitution.

The concept that schools can only participate in the state voucher program only if they are completely secular is also a bogus claim.

School choice is a valuable aspect of our education system.

Research shows that for many students, when they’re able to exercise choice, their outcomes improve and society as a whole benefits. As such, states with school choice programs should not be able to exclude religious schools from participating — it’s a violation of students’ rights.

The concept that schools can only participate in the state voucher program if they are completely secular is also a bogus claim: A state is not establishing a religion just because it’s aiding students in their ability to attend a school with religious beliefs.

While it’s not clear how the Supreme Court will decide on Espinoza or what the implications of a ruling may be, it is clear that states should refrain from this targeted attack on religious schools, under the guise of ensuring discrimination is nonexistent.

Espousing religious beliefs is not a form of discrimination, nor is the state’s creation of school choice programs an attempt to establish a religion.