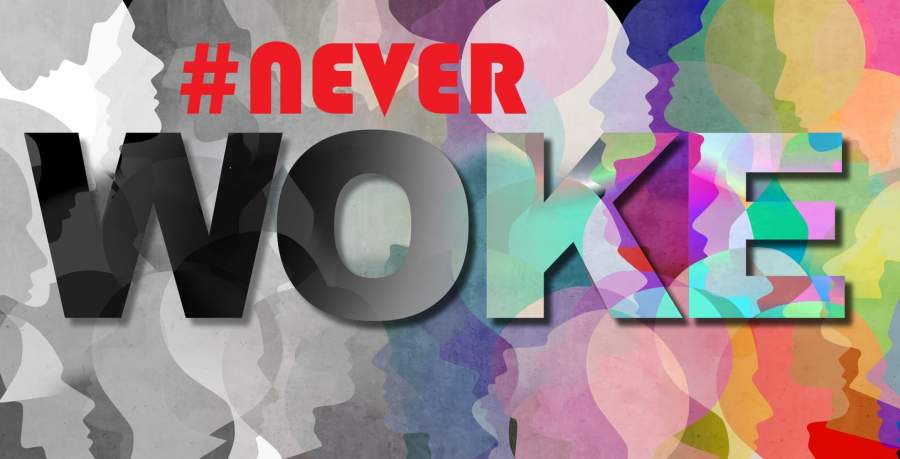 I’ve written for years about the rise of illiberalism in the West. What do I mean by illiberalism? It’s the unforgiving, accusatory culture you’ve sensed creeping in around you. At your place of work. On your social media feeds. Maybe even at your Church.

Illiberalism is primitive and brutal. It separates us into competing tribes. Then it tells us that if we can’t flog everyone to conform to our tribe’s orthodoxies, we’ve lost. We should be ashamed. So we have no choice. We must join a winning tribe, abandoning all we hold dear. Or else pit our deepest convictions against our neighbors in an all-out gang war.

And the gang that currently seems to think it’s winning is the Woke tribe. It’s the one that’s emboldened enough to openly use “cancel culture” to destroy its enemies.

Thuggishness Is All the Rage Right Now

But the illiberalism behind Woke morality and today’s cancel culture is more widespread than you might know.

Woke illiberalism is what’s behind that growing feeling that you’re being watched.

Though few would admit it, it’s the same tribal, Woke thinking at the heart of the Christian “Never-Trump” movement. Not serious moral conviction. Nor scruples about Trump’s character flaws or past or present sins. (Have any “never-Trumpers” condemned Joe Biden for his recent racist remarks?)

No, what drives NeverTrump is fear. A very public fearfulness about saying anything that could offend the illiberal tribe of Woke. Because it might win. And NeverTrump people don’t want to be “losers,” at any cost.

A Hashtag for People of Courage: #NeverWoke

The #NeverTrump hashtag and stance is one thing only: A cowardly and indirect way of saying “don’t come after me!” A virtue-signal to the mobs that threaten punishment.

I want no part of that. Instead I propose a diametrically opposite approach. We should loudly tell anyone who’ll listen that we’re #NeverWoke.

In the upcoming election, illiberalism is on the ballot. We aren’t just voting for a president. We’re voting for a future culture. And the culture of thuggish illiberalism threatens all the good things Americans have enjoyed since 1787.

Out of love for our children and grandchildren, must stand against it. We can’t let it rob our progeny of the blessings we enjoyed.

The Bullies Will Lose

For all of my warnings about the rise of illiberalism in the past few years, I’m now more convinced than ever that its days are numbered. The gods of Woke can only demand so many sacrifices before the people rebel.

Illiberalism spits in the face of the Christian culture of America, a culture which — in my experience — is embraced and cherished even by my non-Christian neighbors.

Thanks to our Judeo-Christian cultural heritage, Americans’ deepest conviction is the virtue of Charity. While it’s a truthful virtue, and never requires us to deny our doctrines, it also compels us to live in solidarity with our neighbors in need. That’s true even when they differ from us. It’s true even their local communities want to act on different beliefs. We keep power decentralized. We try to live and let live.

The Woke have no such conviction. Woke illiberalism is what’s behind that growing feeling that you’re being watched — policed by cultural revolutionaries who could strike at any minute if you don’t watch your mouth. It’s the pressure to offer sacrifice to the false “gods of the city.” The ones the mob killed Socrates for offending.

Few want to share his fate. So Christian leaders feel the need to send only agreeable responses to the opinionated journalist who might tweet out their email replies. It drives corporate bigwigs to fawn on the paid Antifa activist with a camera phone who stands ready to make them go viral, putting them at the mercy of the Woke mob.

What drives people’s fear is the mob’s vindictiveness and hate. But that power will pass. Like all ideologies of hate, Wokeness will one day be looked back upon with disgust. All those who currently participate in the culture of Woke will be forced to deny that they did. Not in order to avoid punishment, but rather out of shame. (Remember all the people, including conservatives and Christians, who bashed Nick Sandmann, then had to climb down or at least scrub their comments?)

When that time comes, many will hang their heads in shame. But those of us who reject Woke now? Who refuse to participate in its mind-policing, internet-mobbing, and whisper campaigns? We will hold our heads high.

We will be those who say, with clear consciences and hearts full of unbending love for our neighbors: “I am, always was, and always will be #NeverWoke.”