The Reckless Joyride of Gay Parenting: Part IV of Our Interview with Robert Oscar Lopez

Every child has the right to be born free.

Professor Lopez talked to The Stream about his new book, co-edited with Rivka Edelman, Jephthah’s Daughters: Innocent Casualties in the War for Family “Equality.” The previous three installments of our interview can be read here, here and here.

The Stream: You knew that you were different and that your family was different. How did you come to see a mother and a father as a child’s human right?

Robert Oscar Lopez: Here the crucial moment was when I read the interview with Jean-Dominique Bunel in Figaro, in January 2013. He was a human rights specialist who was raised by two women. When he was interviewed in the midst of all the upheavals in France over gay marriage, he introduced the topic of the UN Declaration of the Rights of the Child. His use of human rights language totally shifted my focus. I realized — I don’t have to prove through social science that some statistical differential proves I “needed” a father. A relationship with my father is a long-recognized human right. It’s my prerogative to “redress my grievances” because I am a human and humans have rights. That was a major change in my thinking, and I have to say, the American family movement really owes that insight to the French.

The Stream: You write that you don’t oppose same-sex marriage in theory, but you oppose social disasters. How does something that sounds reasonable in the abstract — letting two people who love and support each other have a family — become a social disaster in the concrete particulars of lived experience?

Robert Oscar Lopez: I think you are hitting on a basic trend we see whenever people over-invest in a 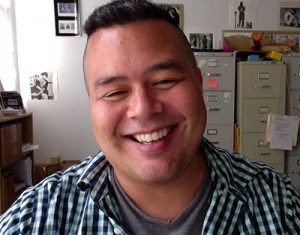 theory and get ahead of themselves. There were groups like the American Sociological Association that declared, as long as ten years ago, that there was no difference between having two dads and a mom and a dad or two moms. They had heard next to nothing from grown children of gays (COGs) talking objectively and analytically about their own experience. This isn’t like projecting weather patterns (which are hard to predict, too!). They’re talking about a complex human experience with enormous implications in the lives of individuals, and they think with a quick rundown of a few Excel spreadsheets, they can superimpose their rationalized vision onto people.

Strangely enough, the social sciences abandoned the entire model of empiricism for a skewed and twisted rationalism. Imagine a poor distortion of Plato — you entrust a guardian class with the power Plato imagined in Republic, but you never teach the Philosopher King philosophy. And then you give no credence to any kind of truthful assessment of reality in the Aristotelian sense at all. It was destined to backfire, which is what happened.

The Stream: As a man raised by lesbian women who, you are quick to point out, loved and cared for you but could not provide the fathering you needed, has that affected the way you care for your own children?

Robert Oscar Lopez: Like most parents, I take childcare one day at a time. If there is one thing that I learned from my work in political debates about family, overanalyzing children’s development can really lead a person astray. I try to make sure that we are taking care of the most basic structural things — having Mom and Dad love each other, which is always a way of showing indirectly that they love the children that came from their union. It’s tough to predict each day what my two children need, so I just try to be open to their needs and take it on a case by case basis. Sometimes love means saying no, sometimes it means listening, sometimes it means affirming. It all depends. But my kids live with their mom and dad, and their mom and dad love each other. Divorce and adultery are NOT an option.

The Stream: You discuss your own experience growing up in a gay-parented household that formed naturally (your biological mother parented) in the 1980s and your observation that everything changed in the 90s with gay couples looking to acquire families. What changed the model of gay parenting in that decade, and what changes have you noticed since?

Robert Oscar Lopez: In the 1990s, Clinton was president and the Cold War was over. It was a heady and exciting time. People felt like the strictures and demands of the earlier decades, when there was another empire that could destroy us, were all gone. So they went on a lot of reckless joyrides. Gay parenting was one of those joyrides. Since then, it has become a massive industry with increasing levels of commodification — sperm, eggs, wombs, babies are for sale and for rent.

What’s scary is that the power and respect shown to the gay movement has all been used at the expense of serious self-examination or critiques. Being pro-gay has meant silence — silence about what the risks and costs of this kind of baby-making business are. And that terrifies me. Back in the early 1990s, the slogan was Silence = Death. Now it is “Silence = what we want.”

The Stream: This book is very difficult to read because of the accounts in it — and frankly, because many of us fear for the children we know in homes where they are denied their rights to both a mother and a father. One of the more painful things these testimonies reveal is how little these children have their own masculinity or femininity affirmed and validated — and how traumatic and confusing that is to them, individually.

Robert Oscar Lopez: I think it is so important to back away from their political situation. Let them vocalize what they need to vocalize, whether it matches your politics or not. They have to speak for themselves on their own terms, reach their own conclusions without interference. Everyone wants to own them and tell them how to feel. Restrain yourself from doing that to them. It’s important to engage in the political debates without turning the kids into a weapon. So this might mean showing love and support to the gay couples raising the children, just to minimize the conflict and drama in their lives. Treat them like people.

The Stream: There’s something very conservative about wanting to make sure children have access to their heritage, to know where they come from and feel that connection to the generations that came before. What are children’s rights when it comes to their heritage, and how can we protect them?

Robert Oscar Lopez: Yes, it is conservative. I think every child has a right to their origins, along with their rights to be born free (not bought or sold) and their right to a mother and father. All these rights go together. It is important to deal with divorce and unethical adoptions at the same time that we deal with gay parenting. All these issues go together.

The Stream: How does the asserted right to have a child become the right to take a child away from its parents — and why are poor women particularly vulnerable?

Robert Oscar Lopez: Well, it’s all quite elemental and also ineluctable. If you can’t conceive a child with your own bodies then you need the genetic material from someone else. The gay parenting movement functions in a detached fantasy world, where they think if the child is conceived with a donor’s sperm, then somehow the loss will be lesser (or non-existent) relative to a child who is conceived by a father and then separated by divorce and abandonment.

The father is the father, whether society acknowledges his relationship to the child or erases it by issuing a false birth certificate. So this entire “right to have a child” is a human rights disaster well underway.

The Stream: You’re a professor of literature who has studied antebellum black literature, and you make a point of comparing some adoption practices, particularly with international surrogacy markets, to slavery.

Robert Oscar Lopez: I think we have to remember what slavery was. It was buying and selling people. When I ask my students, “What was slavery?” they usually think violence, whips, hard labor and racism. And all of those things did coincide with most slavery. But those things are not endemic to slavery. You can also find those things where you don’t have slavery.

Slavery was the idea that you owned somebody, that a human being was treated like property. In the first antislavery document in English, it was clear that to sell a person was in a sense to slay them. To reduce a person to a financial contract is like killing them.

Cotton Mather justified the importation of slaves into the Massachusetts Bay Colony, by arguing that they were better off here than in squalor in Africa, that there was a war, and that it was the Africans who sold them to us anyways. Mather and others didn’t think about what it would mean generations later, when there are whole communities of people who came out of this. And then at what point do they get out of it? What is the end game?

That’s why I think the gay adoption proponents really have to ask themselves, are you planning on just creating a whole class of people who don’t have roots that go earlier than the date that you created them? And is that fair? What does it mean in a hundred years when you have 500,000 people who can’t trace their ancestry except to a laboratory? It’s really severe. And it’s stunning that people have not really thought it through. It’s the same thing that happened in the 17th century. People just don’t think the long term. That’s what I hope that they will start to do.

The Stream: What makes European countries like Belgium and France describe surrogacy as a type of slavery? Do they understand something we don’t?

Robert Oscar Lopez: It’s the buying and selling of children. People will say that the woman signed up for it, but then I say, well, the kid didn’t. The kid did not consent to be sold into the power of people who are not his or her parents. Why are you going to expect that child, for the entire duration of its life, to honor that contract?

You make it so that, even though you’re technically emancipated at the age of 18, by that time you’re so estranged from who your biological parents were that, essentially, your whole life is confined to these people and to what they want. It’s unnatural to have that much control over someone.