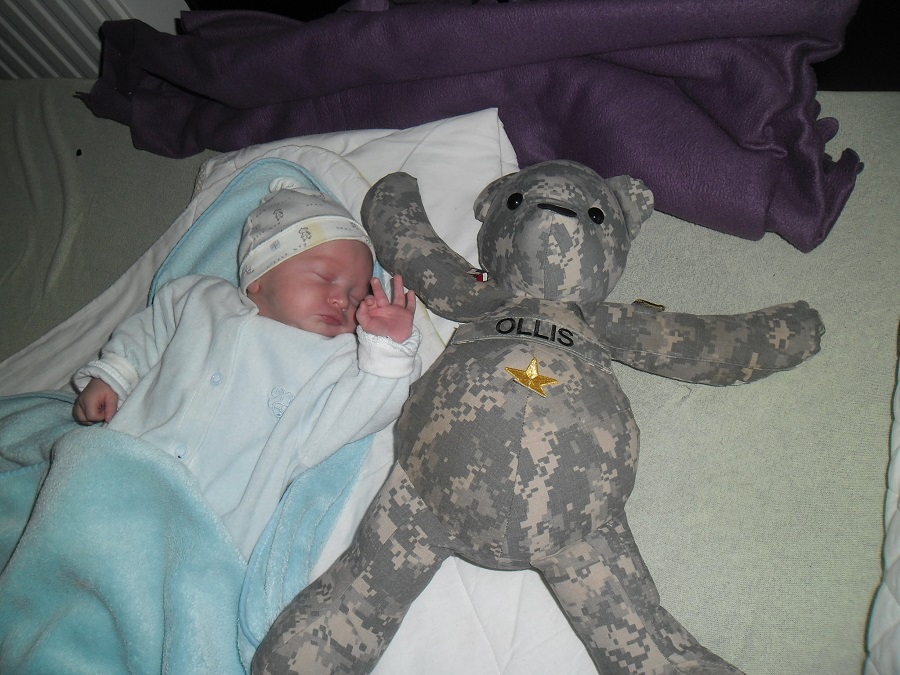 What an inspiring follow-up to Wednesday’s story about fallen U.S. Army Staff Sgt. Michael Ollis, who was killed in Afghanistan while saving the life of Polish Army Lt. Karol Cierpica on Aug. 28, 2013.  Hours after the article was published, I started seeing posts on the Facebook page of Staff Sgt. Ollis’ sister about the birth of Michael Cierpica in Poland.  The baby boy is named after the American soldier who saved his father’s life.

Ryan Lavis of The Staten Island Advance has more:

“Robert Ollis and his wife, Linda, called the tribute to their son ‘unexpected’ and ‘wonderful.’

‘I thought of the baby as a grandson,’ Ollis Sr. said. ‘We are very happy and honored.’

To thank Cierpica and his wife, the Ollis family sent the couple a teddy bear they had specially made out of their son’s Army fatigues.”

Congratulations to Michael Cierpica’s parents on their new arrival.   We should also congratulate the Ollis family, as this baby boy — born halfway around the world — embodies Staff Sgt. Michael Ollis’ towering legacy of selflessness and courage.