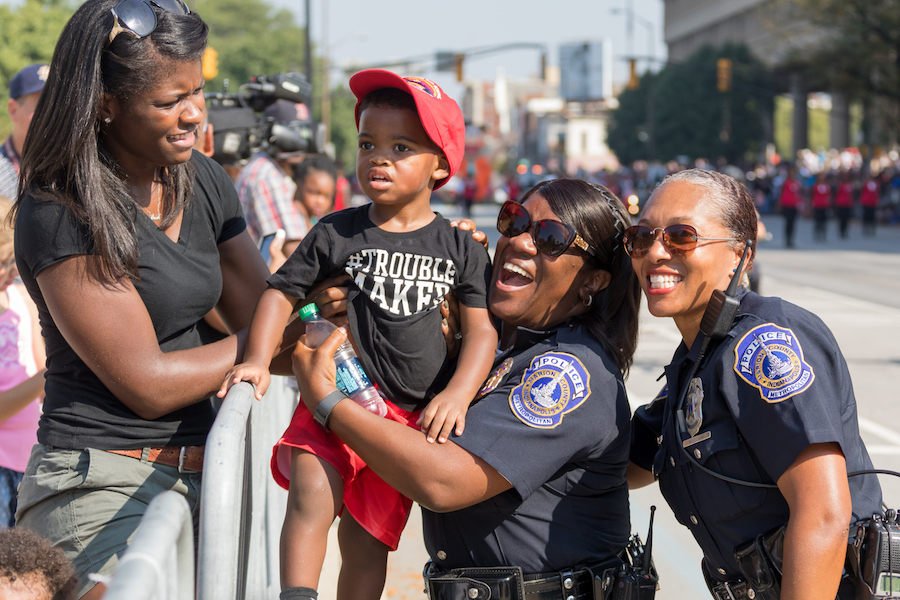 The tragic death of George Floyd has resulted in calls to defund the police. But what would that entail, and do most people agree? Some say it merely means reducing their budgets and reforming the way police departments operate. It just means defund the police as they now are.

Could be reasonable. Conservatives have long talked about ways the police could work better. The famous “broken windows” theory applied in New York City was one of those ideas.

But others admit they want to completely abolish the police. Get rid of them. Leave law enforcement to community groups and social workers.

Polling shows the vast majority of Americans oppose defunding the police. Only 27% support it, according to a new HuffPost/YouGov poll. Breaking the numbers down, 19% of Americans who oppose it thought it meant abolishing the police. 56% thought it meant “significantly decreasing the size of police forces and the scope of their work.” The rest weren’t sure. But what it comes down to is the vast majority of Americans don’t want to defund the police, whatever that means to them.

Only 29% of black Americans support defunding the police, not much more than the white and hispanic populations (26% each). In fact, 20% more black Americans oppose the change than support it.

Why? A disproportionately large percentage of crime occurs in black communities. Disbanding or reducing the police will affect them more. The Defund the Police movement claims that it’s white people who are upset about losing the police, because the police only help them. Polling and the level of crime in big inner cities do not reflect that cynical view.

Black Americans oppose defunding the police by a margin of 20%, with only 29% supporting it, not much different than the general population.

Many blacks in law enforcement have spoken up against defunding the police. Seattle’s Police Chief Carmen Best made waves for contradicting her boss, Seattle Mayor Jenny Durkam, on the necessity of the police. Best warned about the protesters occupying Seattle’s Capitol Hill who are keeping the police out. “Rapes, robberies and all sorts of violent acts have been occurring in the area and we’re not able to get to [them].” She said emergency calls had tripled since the occupation began.

Defunding the Police Has Already Started

But  some cities have started to move toward defunding the police. The Minneapolis City Council just voted to abolish the police department. They’re finding it’s harder to do than they thought. The mayors of New York City and Los Angeles have vowed to cut their police departments and transfer the money to community organizations.

How will this work? Deadline Detroit looked at Detroit after it reduced funding for law enforcement in 2014. The new policy cut wages by 10%, stripped retired officers of their health benefits and deferred pension payments.

It didn’t work. The average starting salary for a new officer is now only $40,000 a year. 20% fewer officers patrol the streets, and the force has been unable to recruit enough officers. Violent crime has risen. There have been 100 homicides so far this year, a 25% over last year at this time. Nonfatal shootings have increased by 30%, to 271 so far.

The Baltimore City Council just voted to reduce funding for the police by $22 million for the upcoming fiscal year. It currently spends more than half a billion dollars per year on law enforcement. The money will be diverted to things like opening recreation centers on Sundays, increasing trauma services and offering black-owned businesses forgivable loans. The Democratic candidate for mayor called it a “process to redirect our public dollars and reimagine public safety in Baltimore.”

The cuts include $7 million for overtime. Police Commissioner Michael Harrison says this will “inhibit the BPD’s ability to collect and process evidence outside of straight time shift hours.” He said the cuts will leave the department short hundreds of police officers.

It also reduced funding to their marine unit. It will have to combine with the fire department’s unit, because “it will take away the department’s ability to do security checks, patrol and respond to calls on the water.”

People argue for defunding the police in different ways. An “organizer against criminalization” just wrote an article for The New York Times entitled “Yes, We Mean Literally Abolish the Police.” In it, Mariame Kaba argues that since the system doesn’t handle rapes perfectly, we should eliminate the police from being able to stop or investigate rapes completely.

She sees the police solely as agents of oppression. “When you see a police officer pressing his knee into a black man’s neck until he dies, that’s the logical result of policing in America. When a police officer brutalizes a black person, he is doing what he sees as his job.” At least cut the number in half, she asks. “Fewer police officers equals fewer opportunities for them to brutalize and kill people.”

Brooklyn College sociology professor Alex Vitale says we don’t need the police for things like prostitution. “We need a system of legalized sex work that’s regulated just like any other business.” In other words, if we legalize crime, we won’t need the police.

Vitale says he has a friend whose car was stolen. The police found the car and arrested the suspect. He friend said having the police around to help them demonstrated the need for police. Vitale disagreed. Instead, “we’ve got to start trying to address what’s driving their [the criminals’] problematic behavior.” This sounds good in theory. But some people can’t be rehabilitated. The police are the only force that can deal with them and protect the public.

Think People Will Stay in a City With No Police? Think Again

It’s no secret that without a police force, cities will be left to outlaws and people will flee them. Only criminals and the wealthy who can afford security will do fine.

The loss of police protection disrupts the entire infrastructure. This includes grocery stores, pharmacies and other necessary businesses. For example, 77% of truckers will not deliver to cities that have defunded the police. Their trucks are the way food and other supplies get to the stores. The trucks can’t be replaced.

With the hatred for police increasing, and police at risk for high-profile prosecutions, why would anyone want to become a police officer?

With the hatred for police increasing, and police at risk for high-profile prosecutions, why would anyone want to become a police officer? If you can get attacked, thrown around, have your taser pointed at you, and get immediately fired and prosecuted for taking the guy down? Forget it. That is what happened in the recent shooting of Rayshard Brooks. And uniformed officers are now becoming popular assassination targets.

The irony is the cuts are just going to make it more difficult to get and retain quality officers. So they’re going to be relying on younger officers with less training — more likely to make mistakes.

President Trump has come up with a middle-of-the-road approach. He has issued an executive order, “Safe Policing for Safe Communities.” It includes three things. There will be certifications and credentialing for training in areas such as use of force. A national database will be created to track officers with excessive force complaints. And mental health experts — called “co-responders” — will accompany officers on calls that don’t involve violence, such as homelessness and addiction.

There is talk of congressional reform, including federally-mandated body cameras for officers and prohibiting chokeholds. Polling supports the national database directed by Trump at 72%, and 73% would ban chokeholds. There was more modest support for barring the use of “no-knock” warrants in drug cases (49%) and for limiting the transfer of military equipment to police departments (46%).

There are reasonable steps being taken to address the accusations of police brutality against blacks, and others. Defunding the police is not one of them.