Our Elites are Wrong About What to Do About Ukraine. But They Don’t Know What We Know 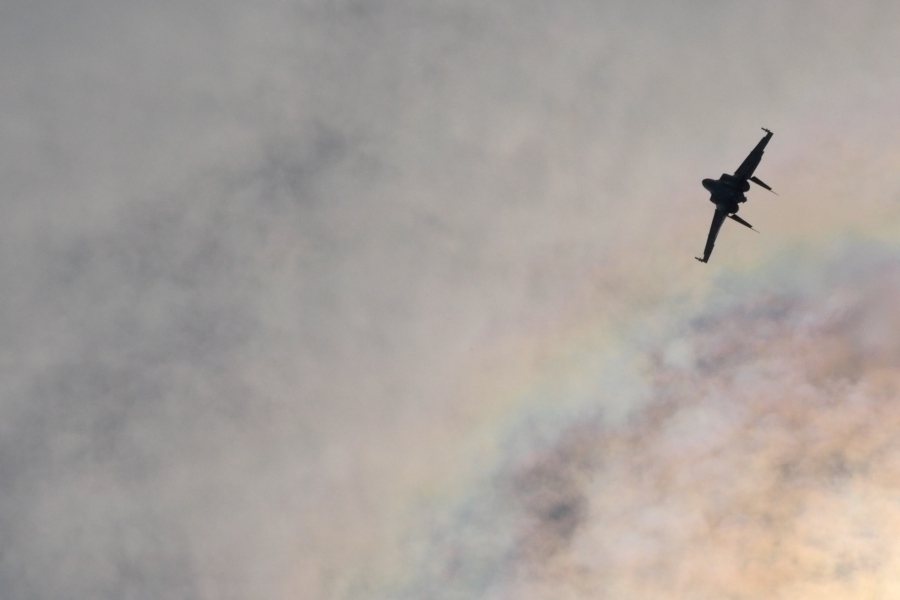 Ukrainian President Volodymyr Zelenskyy gave a masterly speech to the United States Congress. It deserved the standing ovation it got. His people have suffered greatly. Who could watch it and not be persuaded by his pleas for help?

“Is that a lot to ask for, a no-fly zone?” Zelenskyy pleaded with Congress. Who doesn’t want our nation to use its power to keep Russian planes from killing yet more men, women, and children?

Me. I will be that guy. I’m with Ukraine. I’m with Zelenskyy. But no. Definitely no.

Zelenskyy is right that Russia has attacked basic human values. He is right that Ukraine is fighting for the values of Europe. (Though as I have said  before, those values are not quite as self-evident today as they once were.)

He was right to praise America — even now — as a beacon of hope in the world. He was also right to complain that the international institutions designed precisely to prevent the sort of aggression under which his nation now suffers, are not functioning. He is right to point out that this is a terror not seen in Europe for eighty years now.

I do not blame him for asking us to protect his people from Russian airpower. But I am astonished that policy makers, and those who influence them, discuss the request as if it were a serious option.

It’s insane. And that’s leaving out the idiocy of Lindsey Graham’s open call for the assassination of Putin.

What is wrong with these people? Do they think Vladimir Putin is Saddam Hussein? This is Russia we are talking about.

Thirty years of post-Cold War peace seems to have rotted the brains of our foreign policy elites. We got used to a unipolar world. Calling the shots, throwing our weight around, doing whatever we want.

We forgot what it was like to live in a world of restraints. A world with peer competitors who could counter us. But we used to know how to navigate that world. It’s how we won the Cold War without it ever going hot. It’s how we got these last thirty years of peace between the Great Powers.

For forty years, NATO accomplished its mission without ever having a direct military confrontation with Russia. Had we failed, it would have been World War III.

Russia is no longer a superpower. But it is still the world’s other nuclear power.

Which is why a no-fly zone is insane. To enforce it, NATO would have to shoot down Russian jets. Kill Russian airmen who are doing something the Russian rulers think entirely justified. That’s an act of war. It would bring us into direct military conflict with Russia, the very thing we successfully avoided for forty years during the Cold War.

Our foreign policy elites have brought us again to a precipice. Even if the present crisis subsides, that precipice is still there. If we are this stupid, we will be dangling our legs over the edge of that cliff for the next 15 or 20 years.

Like considering the insanity of a no fly zone. However much you look down your nose at Russia, it is not Iraq and Putin is not Saddam. In fact, that attitude — Putin’s as bad a tyrant as Saddam, and Russia is as great a threat as Iraq — helped create this mess. Yes, Putin is a monster. But he is not wrong about the West’s broken promises to Russia. He’s not wrong, as the Russian president, to want to protect his country from a west he believes hostile.

For the life of me, I can’t understand why the choice available to Ukraine was either “join NATO or don’t join NATO.” Our foreign policy elites used to be more creative than this. They were creative at the dawn of the Cold War, when they first invented institutions like NATO to begin with.

How hard would it have been in the 1990s to sit down with Russia and Ukraine and come up with something unique for the situation that met both their needs? A tripartite agreement. Ukraine doesn’t join NATO. But Ukraine gets special security guarantees given to them by Russia and the U.S. in cooperation with one other, so that Ukraine doesn’t feel the need to join NATO and Russia doesn’t feel threatened by the possibility of it joining NATO.

Instead, here we are.

But where is that? Specifically: For American Christians, where are we? What should we do from where we are?

We should support everything we have done to help Ukraine so far and give that nation as much help as we reasonably can. It’s a more robust version of what we did against the Soviets in Afghanistan, which led to the end of one of the greatest tyrannies the world has known. Stand up for an ally under attack, by a country that completely ignores the rules of war. But — this is crucial — let Ukrainians do the job. We can’t risk World War 3 and the untold suffering that would follow — and not just for the combatants, but for the peoples of Africa, central and south America, and Asia as well.

So use every political method you can to make sure Ukraine gets everything we can give them. But we are not left with politics and foreign aid alone. We have our own weapons in these wars.

You may have read that Pope Francis is going to consecrate Russia and Ukraine to the Immaculate Heart of Mary on March 25th, the feast of the Annunciation. I know that’s one of the aspects of Catholicism that most bewilders our Protestant brothers and sisters. But you will agree with the point: It’s a prayer that Russia will change, will convert, that as a nation they will seek to do justice, and to love kindness, and to walk humbly with our God. And leave Ukraine.

A Senior Contributor to The Stream, Peter Wolfgang is president of Family Institute of Connecticut. He lives in Waterbury, Connecticut, with his wife and their seven children. The views expressed on The Stream are solely his own. His previous article was What Matt Schlapp and the Cultural Conservatives Really Want (It’s Not What We Want).