They Pray ‘Peace, Peace,’ When There is No Peace 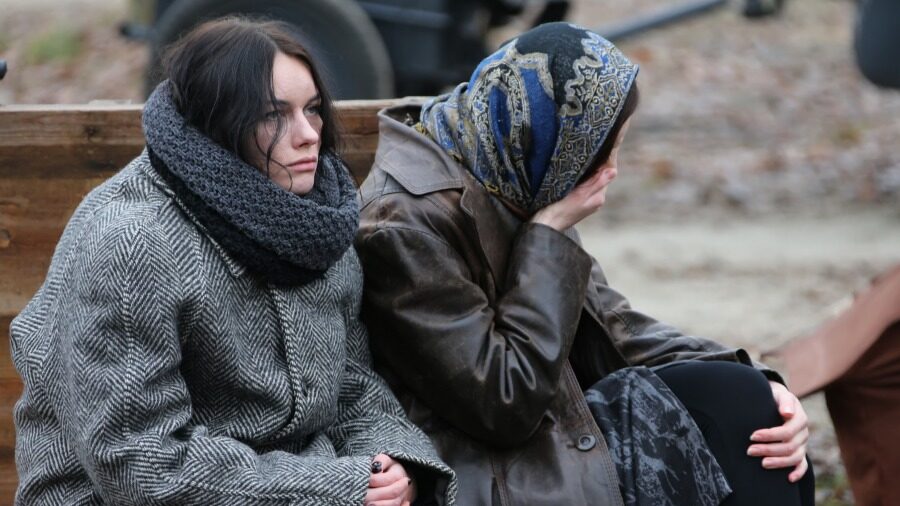 It was the usual people doing the usual thing and intoning the usual clichés, and as usual avoiding saying anything too specific. Just before Russia invaded Ukraine, mainstream religious leaders joined in a “Faith Vigil for Peace in Ukraine.” The vigil was conducted on Zoom and broadcast on Facebook. Organized by official Quaker and Episcopal agencies, it featured a range of “faith leaders,” including Lutherans, Baptists, Reformed Jews, and Muslims.

I just don’t see the point. Not so much that a bunch of people spent a couple hours doing something that basically no one in the world will care about. It can’t hurt. I don’t see the point of gathering to pray and then not praying for the things they should have prayed for. Not “peace,” but that Russia would not invade Ukraine.

Russian militarism was the elephant in the zoom.

Everyone spoke earnestly. They clearly cared in some way. They took up the matter seriously. But they didn’t take it up in its actual reality. They covered it up with layers of abstractions, pious wishes, ideas from the Progressives’ Book of Cliches. They spoke in a way to keep people from seeing what is happening in Ukraine, like an art teacher spraying crude oil on the Mona Lisa as he lectures on it.

Each one of the religious leaders, as far as I got, carefully avoided taking any side. The head of the Episcopal Church did say at the beginning, “There are people and children of God whose lives and freedom are threatened and so we pray,” but that’s about as specific as anyone got about what’s actually going on.

The abstract way they talk about “peace” implies that it’s a matter of faults on both sides, a difference that could be solved by compromise. But it’s not a matter of two nations reasonably disagreeing, who might avoid war by talking. It’s not a matter of two peoples with different stories, that might be solved by listening. The usual, the inevitable, pious platitudes don’t work, because they say nothing about the real world.

The representative of the mainline Lutherans said, for example: “pray for the citizens of Ukraine, Russia, and all those affected by this crisis.” She spoke of “our concerns for all the countries affected.” She declared that “We know that the God of peace wishes for us to work for the reconciliation of this crisis, so we ask urge our leaders and those of other nations to work for a de-escalation of the crisis and to resolve this conflict peacefully.”

The head of Sojourners, Adam Russell Taylor, said that religious leaders “must say out loud no to military action as a solution to problems, and rather a yes to the ongoing promotion of dialogue and solidarity and cooperation.” They could “tap into a prophetic imagination to see a path toward peace rather than accept war as forgone conclusion.” He invoked Isaiah’s prophecy of nations turning their swords into ploughshares.

What was “this crisis”? Russia massing its armies on the borders of a sovereign nation. Whose swords needed to be turned into ploughshares? Russia’s. You’d never know that from what they said.

How should we pray? By recognizing the reality and responding to it in prayer. A Catholic priest, James Martin, gave an example in the magazine America. He’s praying fervently for peace in Ukraine, he said. God might answer by “opening hearts and moving thoughts to ways of peace, concord and reconciliation. Perhaps by awakening in us an intense compassion for the victims of war. Perhaps by filling us with outrage over the suffering caused by war. Remember that this is one way that God ‘works,’ by moving hearts to action.”

But he doesn’t leave it at the general “peace in Ukraine.” When asked what he prays for Ukraine, Martin answered: “Peace, peace, peace.” That’s as expected, and proper. But he didn’t stop there. He continued: “And let’s be blunt: We pray that Vladimir Putin’s heart be moved so that he could see what immense suffering he is causing. He is Christian, apparently. I pray that he understands that Jesus Christ desires peace.”

God tells us to pray for the world. He gives us minds and hearts to see what we should pray for. Anyone can pray for some windy abstraction like “peace.” Truly praying for what needs to be prayed for requires looking carefully and thinking hard. That’s a concrete way to love your neighbors. Look at them so closely you know what they need. Recognize right and wrong. Make judgments when the judgments are so clear.

David Mills is a senior editor of The Stream. After teaching writing in a seminary, he has been editor of Touchstone and the executive editor of First Things. He writes the “Last Things” column for the New Oxford Review. His previous article was “Why Jesus Spoke of Prisoners as if He Were One.”