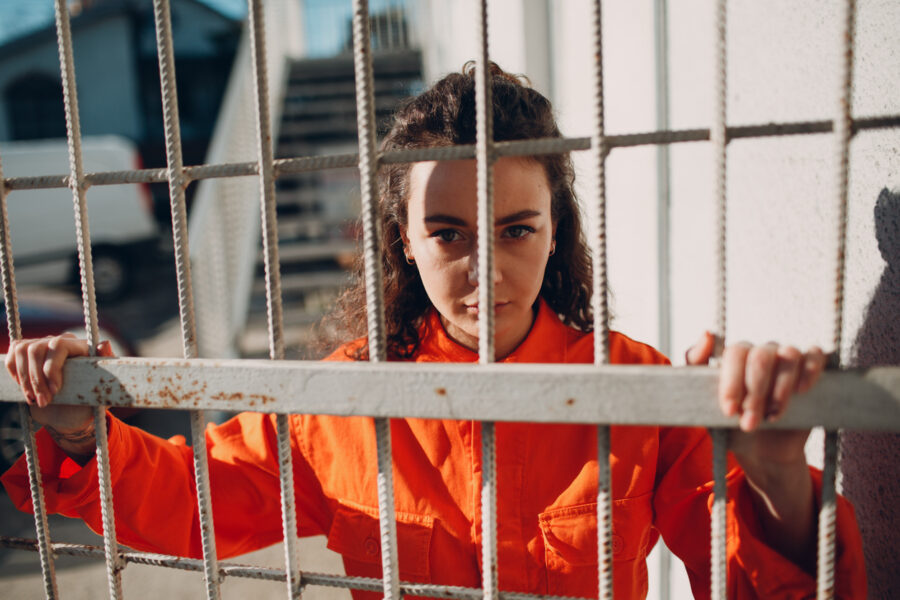 Even Bill Maher is now realizing the truth: That America offers less protection to unborn children than all but three other countries on earth. Two of them (China and North Korea) run concentration camps. The other is brain-addled Canada, where peaceful vaccine protestors get trampled by mounted police.

If Roe v. Wade collapses like the cheap tent that it is, many American states will move to correct this injustice. They will impose legal penalties on doctors who kill kids for money. Some states will impose comprehensive, consistent protections for unborn children from conception on. Others will offer limited protection, for kids who make it alive till the 10th or the 15th week. Still others will keep the uterus a free-fire zone, and allow post-birth euthanasia for women who really want it.

States like New York, for instance, will allow infanticide, on the theory that a woman’s sovereignty over her body is absolute. (Except when we’re talking about vaccines, but that’s different because COVID. So shut up. Do you want to be a threat to public health you anti-vax Q-Anon redneck? Ahem.)

An Absolute Right to Refuse Motherhood

Maternal sovereignty even reaches its deadly tentacles outside the womb. A woman has the right to have sex at will and not become a mother — period. If a child survives an abortion attempt, the mom’s right not to have a child knocking around the world to make her feel guilty trumps the right to live of a breathing, crying baby. Mom’s ownership right trumps everything. That’s the claim of the Marquis de Sade, whose arguments got mainstreamed into Second Wave Feminism by Simone de Beauvoir. Then gussied up as legal arguments by the likes of Ruth Bader Ginsburg. Female equality in society requires that women have the right to kill. This is the position of virtually every Democrat in Congress.

By any standard imaginable, this position is extreme. But that grants it certain advantages — principally, consistency. There are no “gotcha” moments in an argument with somebody who believes this. A Marquis de Sade-style pro-choicer like Nancy Pelosi simply claims that the child has no rights, period, until … the mother grants them to him. There’s no reason in principle why it couldn’t extend much longer after birth. And indeed, celebrated ethicists like Princeton’s Pete Singer have proposed that the infanticide window be much longer, measured in months. That’s logical consistency for you: a child, even a newborn, is chattel, with fewer rights than black slaves before 1860. Or housepets in 50 states, who are covered by animal cruelty laws.

Are Pro-Lifers Being Mushy and Incoherent?

By contrast, the position most of us pro-lifers take seems somewhat inconsistent, and logically unsatisfying. We want to see legal penalties for doctors, nurses, and others who perform abortions after the legal limit. (In some states, that will rightly be conception.) But we loudly deny claims by pro-choicers that we would punish women who sought such abortions.

And that seems inconsistent, even incoherent. A tiny fringe of pro-lifers have responded to this perception by imitating their enemies. If pro-choicers want to insist that an unborn baby is nothing but medical waste, we will say the opposite. We’ll claim that a child in the womb is legally indistinguishable from a stranger on the street. A woman who kills her child should suffer the same penalties as if she shot a random pedestrian. Or hired a hit man (abortionist) to commit the murder for her.

This is consistent, in the same inhuman way that de Sade’s position is. Like the pro-choice position, it pretends that only one human being’s claims are important in pregnancy — it simply picks the child, instead of the mother.

No laws in the U.S. before Roe v. Wade adopted this stance. Nor did laws in the 19th century, when medical advances made clear that life begins at conception, and every U.S. state outlawed abortion. Nor did the Common Law of England, before or after the Reformation, equate abortion with simple murder, and treat the guilty mother accordingly.

Pro-choice de Sade disciples pretend that this extreme position, and its logical legal outcome of prison sentences for women, is the necessary implication of protecting unborn children. They use this outrageous claim to maintain their own North Korean status quo of abortion up through birth (and in some states, after). A few pro-lifers impatient with moral complexity bang the table and agree with them — thereby giving political aid and comfort to the enemy.

Are We Just Fudging the Truth to Win?

Most pro-lifers have resisted this temptation, but done so mostly by fudging. We recognize the fact that most women who seek abortions are in some sense victims — then exaggerate it, for political purposes. We essentially pretend that all women who abort their child are hapless 13-year-olds impregnated by adults, who were driven to the clinic sobbing in tears and shoved through its halls like a calf for the slaughter.

Now make no mistake: such horrors happen. One of us watched helplessly on Park Avenue in New York in 1992 as a sobbing woman was carried into an abortion clinic by her baby-daddy and his friend, her feet never touching the ground. The police just looked on, stoically. Many abortions in America are the fruit of coercion, desperation and abandonment. That’s a truth we must not stop telling.

Should Abortive Women Get Off Scot-Free?

But it’s not the whole truth. It will happen in some pro-life states that grown, rational women will seek out illegal abortions — either surgical or chemical — for calculated reasons in the cold light of day. Indeed, groups like Planned Parenthood will find some activists and put them up to this, to produce test cases for court.

Should such women who break the law and destroy their unborn children be entirely free of consequences? To say “Yes” might seem to undermine the entire pro-life claim, that babies have legal rights. Or else it might infantilize all women, treating half our species like helpless victims, distressed damsels without any moral agency.

But establishing legal penalties for women brings its own moral problems. It threatens the huge majority of genuinely victimized post-abortive women with punishment they don’t deserve. And of course it’s political suicide, a stance which if insisted on would ensure legal infanticide in 50 states forever.

Is There a Principled Compromise Available?

Eight years ago, we briefly addressed this complex question. We responded to pro-choice, de Sade party feminist Katha Pollitt, who posed what she believed were unanswerable questions to pro-lifers. Here’s how she phrased the dilemma:

If zygotes are people, abortion is infanticide, a very serious crime … . Why should women who hire a fetal hit man get a pass?

And here’s how we answered:

For the same reasons that a doctor who attempted to assist with suicide ought to be imprisoned—instead of his unfortunate patient. Destroying one’s child is so self-destructive and unnatural that it ought to be treated more like a suicide than a murder attempt. Attempts to portray abortion as a minor surgical procedure or a lifestyle accessory have foundered on the agony of women who know the truth, from bitter experience. We wish to protect women and their children from the ultimate medical malpractice.

A Fetus is Not a Tenant, or a Stranger

We think this answer still holds up, and would like to unpack it a little. Along with the pre-Roe lawmakers all through American history and the Common Law before that, we recognize that pregnancy is a unique human situation. No other condition is comparable, not even conjoined twins. To preserve another’s right to life, a mother must surrender large areas of her bodily integrity, for a long period of time. No, that doesn’t give her the right to kill. But it does change how we rightly, sanely, ought to treat women who do.

We don’t want to criminally prosecute women who illegally abort. Nor do we want to shrug and wink, as if women were all hapless victims, or abortion weren’t really a monstrous crime, as it is.

The closest our imperfect, merely human legal system can come to accommodating the absolutely special case of pregnancy is to acknowledge the unique and intimate link between a pregnant woman and her child. We ought to treat women who illegally abort the way we treat failed suicides.

No, that doesn’t perfectly answer every moral claim and cover every case. But it comes the closest to untangling this moral Gordian Knot.

Women won’t go to prison. But they will face the real deterrent of a short but mandatory psychiatric custody, and mandated counseling. God willing that will prove helpful to women after the devastating destruction that is abortion. By treating abortion as legally equivalent to attempted suicide, it will recognize and honor the life of the child.

It’s the best we can do, in this fallen world. And it’s not a political suicide pill. For those of us eager to grant increasing protection to unborn children, that is crucial.