Once Again, the Greek Word Pharamakia in Revelation 18:23 Does Not Refer to Big Pharma 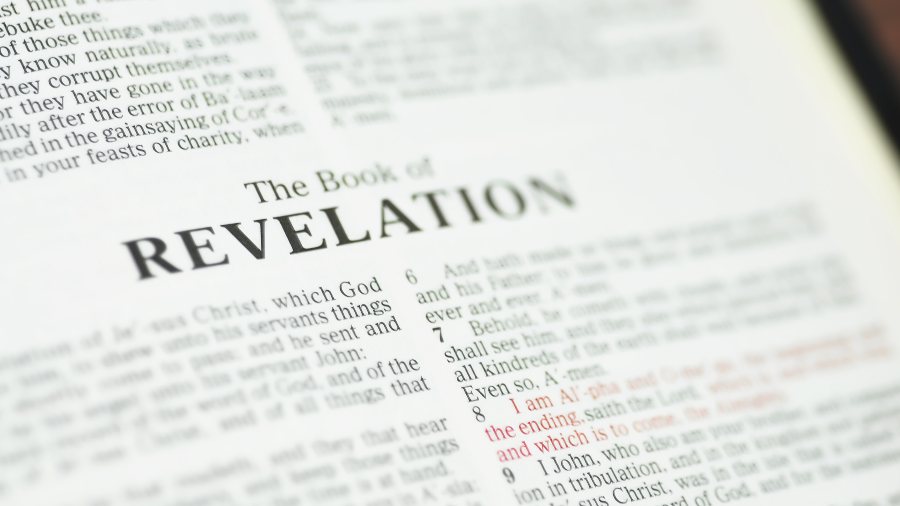 As often happens on radio, I unintentionally stir up a hornet’s nest by giving a straightforward, factual answer to a question that, to my knowledge, is not controversial at all. Soon enough, I learn that, in fact, I have slaughtered a sacred cow without even knowing it.

That’s the case with the subject of the Greek word pharamakia in Revelation 18:23. Does it connect in any way to the use of pharmaceuticals today? Is it an indictment on Big Pharma? Does it tie in with the COVID vaccines?

After explaining to a caller last week that the word simply means “sorcery,” I followed up with an article getting into more depth.

In short, among New Testament Greek scholars, there is no controversy here, which is quite telling, since they have devoted decades of their lives to studying the language. How is it that people who cannot read a word of Greek know better?

And note again Revelation 18:24: “In her was found the blood of prophets and saints, and of all those slaughtered on the earth.” To apply this to Big Pharma is not only bad exegesis. It is immoral.

It’s one thing to dispute the meaning of a verse in the Bible. It’s another thing to say that an ancient word means something it does not mean.

For those who claim that the Spirit is opening their eyes to the real understanding of the word, would the Spirit tell you that up means down or black means white or truth means lies? Certainly not. In the same way, the Spirit would not tell you that a Greek word means something very different than what it actually means. He is the Spirit of Truth, after all.

The Historical and Modern Interpretation of Pharamakia is Sorcery

To this day, almost every English version of the Bible translates pharmakia here with “sorcery” or the like. That includes the KJV (sorceries), the NASB (witchcraft), the ESV (sorcery), the NIV (magic spell), and others.

If there was any connection to “drugs,” it would only be in the sense of producing drug-induced magical spells, not in the sense of pharmaceutical use. That’s why the related word pharmakos, found in Revelation 21:8 describing people who will be cast into the lake of fire, is translated “sorcerer,” not “pharmacist.” Obviously!

At this point, someone will doubtless say, “You’re missing the whole point. It’s what Revelation 18:23 says that got our attention, in context, regardless of what the Greek word means.”

What Readers are Saying

I think you are completely wrong about revelations [sic] 18:23-24 and your antiquated look and view of the Bible is blinding you. Trying to base prophecy off of what a word originally meant is foolish. What other word would they use to try to communicate future scenarios, than the words they had at the present time?

Did you know that the NIH (Dr Fauci’s organization) believes they found the gene that is responsible for faith? Did you know that they also believe that they can use their gene therapy technology to turn off that gene? It kind of makes sense when the scripture says that the lamp went out and all nations were deceived because of a pharmaceutical and they could no longer hear the voice of the bride and the bride groom. If the gene is shut off, there you go. I know it seems far-fetched, but all the research data is there and available on their website.

Or, as expressed by Scott:

not only is the world decieved [sic] into taking test drugs (for which the ‘vaxpass’ permissions resemble the mark restrictions and are being instituted by martial law in Austria, Greece, Australia and New Zealand), but it was brought about ALSO by pharmakaiea, being a lab creation funded by Fauci.

Israel is almost 16 months into a deal with many nations (Dan 9:27) and the WEF is pushing a ‘global restructuring’ using the pandemic as the starting point.

I think this is definitely the pharmakaiea … and the “mighty men”, the merchants of the earth described. I’m looking at Quantum Dot Tattoos as the physical mark.

The reality is that no one would be equating Revelation 18, which speaks of the destruction of “Babylon the Great,” with Big Pharma if not for the word pharmakia. Yet, the moment you realize it is not related to pharmaceuticals in the New Testament, then the whole connection disappears.

You say, “You still don’t get it. Big Pharma is using sorcery and witchcraft to deceive the whole world!”

In reply, I repeat: if the word pharmakia was not found in Revelation 18:23, no one would have made the connection in the first place. It’s time to give it up, whether you are pro-vax or anti-vax or whatever. If you’re pro-truth, you need to abandon this interpretation.

Still, for those who are genuinely confused (and sadly, there appear to be many), let’s take another minute to set the record straight.

In short, there is no way under the sun that Big Pharma is “Babylon the Great” of Revelation, the one described in Revelation 17:5 as, “BABYLON THE GREAT, THE MOTHER OF PROSTITUTES AND OF THE DETESTABLE THINGS OF THE EARTH.”

That is Big Pharma? Really?

In other words, she was responsible for the persecution and death of righteous followers of Jesus, from the first century, when this was written, until today. Big Pharma? Seriously?

Does this mean that, if you are a Christian, you must stop using any and all medications, no matter how beneficial they may be? That if you’re a Christian doctor, you must never write another drug prescription, even if it will save your patient’s life? That if you’re a Christian hospital administrator, you must instruct all your nurses and surgeons and anesthesiologists to cease and desist from using any product manufactured by Big Pharma? Hey, the text says you must flee from Big Pharma and not share in her sins!

This is how utterly nonsensical this whole affair becomes when you actually look at verses in context.

And note again Revelation 18:24: “In her was found the blood of prophets and saints, and of all those slaughtered on the earth.”

To apply this to Big Pharma is not only bad exegesis. It is immoral.

For the Sake of the Truth

All that being said, do I think that most people will abandon this interpretation once and for all? Sadly, no.

But some will. And so, for their sake, and for the sake of the truth, I’ve written this follow-up article, as plainly and simply as I can. In fact, I’ll give a quick recap of the big picture.

The COVID virus is not a plague from the Book of Revelation.

The vaccine is not the mark of the beast.

And Big Pharma is not Babylon the Great.

Is It True That the Book of Revelation Indicts Big Pharma?