... or so say the Woke who now are even targeting the 44th President. 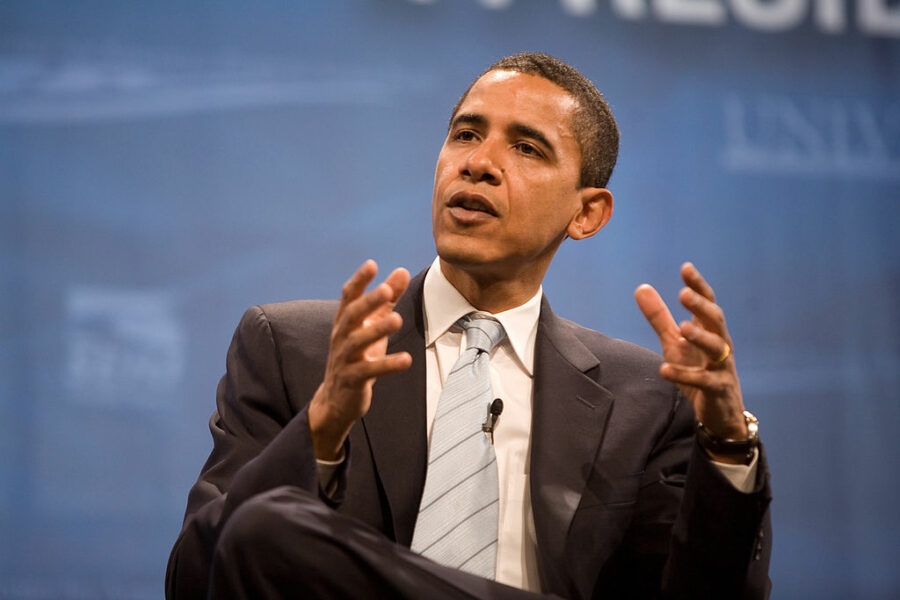 “Obama is another oppressor.” Those are not my words. Instead, they are the words of activist Julie Contreras, who “works with a group that runs shelters for undocumented children at the U.S./Mexico border.”

Contreras joined with other Hispanic immigrants who opposed renaming two Chicago-area schools after Barack and Michelle Obama. Yes, they wanted the names changed, but not from one oppressor to another.

Unfortunately, the Obamas are tainted too. “I will not be part of renaming a school after someone who did not and does not represent the undocumented community,” said District 60 school board member Edgar Castellanos, who came to America undocumented as a child.

As expressed by Contreras, “From the time Barack Obama became President until 2017 when he left, he today is still the highest ranking president with deportations in our nation. We feel that Barack Obama did disservice to us. He denied us, and he didn’t stop the deportations, the way he promised.”

She added, “If you’re removing the name of Thomas Jefferson — one oppressor — the name of Obama is another oppressor and our families do not want to see that name.”

Even Obama Can Get Cancelled?!

Welcome, my friend, to 2021, where even Barack Obama is an oppressor and where people like actress Sharon Stone are speaking out against cancel culture and woke America. (To quote her directly, cancel culture is “the stupidest thing I have ever seen.”)

Perhaps now would be a good time for America to read Animal Farm together? This really does not end well.

On the one hand, it’s refreshing to be reminded of the fact that illegal immigration is a genuine problem and that President Trump was not the Deporter in Chief. Democratic presidents before him took a hard line, and that was for the good of the country.

But let’s be real here for a moment. If the first black president is viewed as an oppressor, who can possibly stand? If the man who openly advocated for the redefinition of marriage and lit up the White House in rainbow colors in celebration is perceived as being part of the establishment culture, who can pass the PC test?

I do not pretend to be an expert on immigration (quite the contrary), and I am not qualified to address the problem of undocumented children at our borders. So I do not write this to mock the concerns of Contreras and Castellanos. Let others better qualified than me speak to that issue.

What I can speak to with some level of expertise is the insane direction that cancel culture is taking us, since I have been tracking that for many years now, long before it was commonly known by that name.

The Mob Eventually Eats Its Own

In the end, the concerns and convictions of a radical, outspoken minority become the dominant cultural force, silencing all dissenting voices, even to the point of deplatforming and canceling them, seeking to make them into non-persons.

The Daily Mail even ran a headline this week, stating, “Now Facebook and Instagram ‘non-person’ Trump: Platforms ban ex-President’s interview with daughter-in-law Lara where he signals he will run for President in 2024.”

Yes, “Facebook and Instagram pulled the clip because it ‘featured Trump speaking’ and the ‘voice of Donald Trump.’”

Is this not cultural madness? Is this not PC thinking run amuck? Is this not a dangerous precedent that is too extreme and unhealthy even for most left-leaning Americans? Do you really want a culture like this?

The reality is that soon enough, you, too, will become passé. You, too, will be excluded as outmoded or outdated. As bigoted or biased. As too white. Or too male. Or too Christian. Or too rich. Or too influential. Or too whatever.

What goes around comes around, which is why many of us have long documented how the left eats it own. Careful!

We’re seeing it today in the Democratic party. Joe Biden is now a racist. Nancy Pelosi is a racist. The party is reaping what it sowed. Everything is seen through the lens of identity politics.

For the moment, Pelosi has maintained her power, albeit somewhat tenuously, and Biden has ascended to the presidency. But if Obama can become a dirty name, don’t expect these white political leaders to do much better.

The Majority Must Reject the Madness

That’s why I wrote in June 2020, shortly after leftist mobs turned on Jeff Bezos, “To all the wealthy, liberal elites who are cheering on the protests and riots, a word of warning is in order. The same holds true for the conservative Christians who are lining up to show their support for the BLM movement. To each of you I say: Do not be deceived. The cancel culture will soon be coming for you.” (The article was titled, “What Are You Going to Do When They Come for You?”)

In truth, this radical agenda is driven by a small, outspoken minority. And that means that the solution to the problem is simple. The rest of us — the overwhelming majority — must simply say “no” to the cultural madness. We must stand against the silencing and canceling and non-personing of others. We must create an environment where we can have our differences, publicly and loudly, without forcing others into submissive silence.

If we don’t, watch out. The pigs from Animal Farm will be shipping you off for slaughter soon enough. (For those not familiar with the book, the pigs were real pigs.)