People with Down Syndrome Can Star in Movies, Too 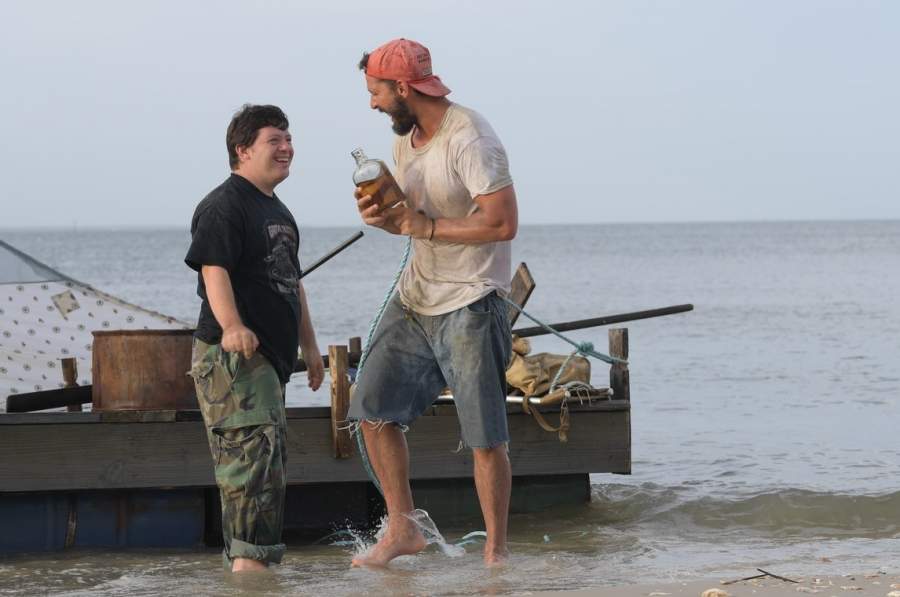 For the second time in a week I’m able to offer good news and an excellent entertainment option from Hollywood. Last time I recommended Brian Banks, a powerful story of justice and faith. This time I’m happy to urge you to go see The Peanut Butter Falcon.

The first thing you need to know: It’s a really, really good movie. Moving, funny, exciting, with excellent acting, gorgeous photography, and a terrific Southern sound track. It features several powerful gospel numbers by the glorious Staples Singers. The film’s set in coastal North Carolina among hard-scrabble fishermen, and it has the feel of some classic works of Southern literature. Think Mark Twain, or maybe some of Faulkner’s funnier tales.

The Most Persecuted Minority

It’s a movie unlike most others. Or almost any other. I’ve never seen a major motion picture starring an actor with Down Syndrome. In fact, I see few such actors at all. (The last one I can remember was in the raunchy, but funny and life-affirming There’s Something About Mary.)

It’s all too common to look at families with a child who’s handicapped and view them with pity. But now it’s a sign of a blessing: these people, this family, has faith enough to accept the children God sent them and love them. It’s not quite a sign of divine election, but it’s close.

There’s a very sad reason for that. As our society has become ever more affirming of sexual minorities, it has turned inquisitorial toward children with handicaps. That makes sense on one level. The whole point of the Sexual Revolution was to separate pleasure from consequences, rights from responsibilities. To win all people of either sex and any age to the reckless ethic of a pagan teenage boy.

And if there’s one thing that’s even more of a drag on adults practicing adolescent sexuality than a baby, it’s a handicapped baby. One who will mature more slowly, and have a lower IQ, and require special care. The result? David Forte reports in The Public Discourse:

Estimates vary, but in the United States, abortions of children whose Down syndrome is detected in the womb are in the range of about 67 percent. The lethal discrimination practiced against such persons has become a worldwide phenomenon. Iceland has trumpeted its success in eliminating people with Down syndrome from the island. Denmark, whose people heroically saved over 95 percent of the Jews living there during World War II, now boasts that 98 percent of unborn children with the condition are aborted. Italy, Germany, France, Switzerland, England, and Belgium all have rates exceeding 90 percent.

Hitler wanted Europe to be judenrein, scrubbed clean of Jews. It seems that today Europe aspires to be DownSyndromerein.

Two-thirds is grossly disturbing. (The Nazis, for all their efforts, could only murder some half of the Jews of Europe.) The only plausible reason why the U.S. has slightly less monstrous figures here? I suspect it’s because of the stronger and louder churches. They sustain our much stronger pro-life movement generally. And if I might speak anecdotally, the only times I see Down Syndrome kids nowadays, it’s in a conservative church.

There’s an irony there. It’s all too common to look at families with a child who’s handicapped and view them with pity. But now it’s a sign of a blessing: these people, this family, has faith enough to accept the children God sent them and love them. It’s not quite a sign of divine election, but it’s close.

Zak Wants to Be a Wrestler

Back to the movie. It tells the story of Zak (Zack Gottsagen), a 20-something young man with Down Syndrome and no living family. Flummoxed on what to do with him, the State leaves him in an old age home. There he vegetates, and plots his escape. His best entertainment comes from old videotapes of professional wrestling, which spark in him the dream of competing in the ring himself. He yearns to run off to a wrestling school down in Florida run by The Salt Water Redneck (Thomas Haden Church).

Doing her best to give him some kind of life, self-sacrificing social worker Eleanor (Dakota Johnson) pays Zak special attention. She also strives to thwart his escape attempts, convinced that the young man cannot survive out in the world.

One night, Zak gets through the bars (!) on the nursing home’s windows. He runs into the desperate loner Tyler (Shia LaBeouf). This young man is losing an increasingly violent feud with neighboring fishermen over dwindling seafood fishing licenses and resources. Now he’s on the run for his life, pursued by thuggish rivals.

Zak and Tyler make friends, over time and despite some hitches. And Tyler agrees to help Zak make it down to the wrestling school in Florida. Conveniently, it’s hundreds of miles away from the men who might very well kill him.

From here on it’s a buddy movie. That’s a genre which has almost vanished from Hollywood, for no good reason I can think of. The film shows Zak testing his limits, finding his strength, and standing up for himself and his right to pursue his dreams. In that sense, it’s a classic American tale of a young man escaping the confines of his upbringing and forging his own identity out on the open road … as the wrestler “Peanut Butter Falcon.”

We should all welcome and support a film like this one. (Get out there during its opening week and help it do well enough to hit hundreds more theaters!)

The Peanut Butter Falcon gently reminds people that those of us with handicaps are still fully human, with human hearts and minds, aspirations and limits. They are our fellow children of God, and as this beautifully crafted piece of Americana shows, they’re also our fellow Americans.

The films of Sidney Poitier helped break down Americans’ bigotry against their black fellow-citizens. I hope that the talented Mr. Gottsagen has a long and productive career, which renders the same justice to Americans with his condition, which has won people like him vicious persecution around the world.