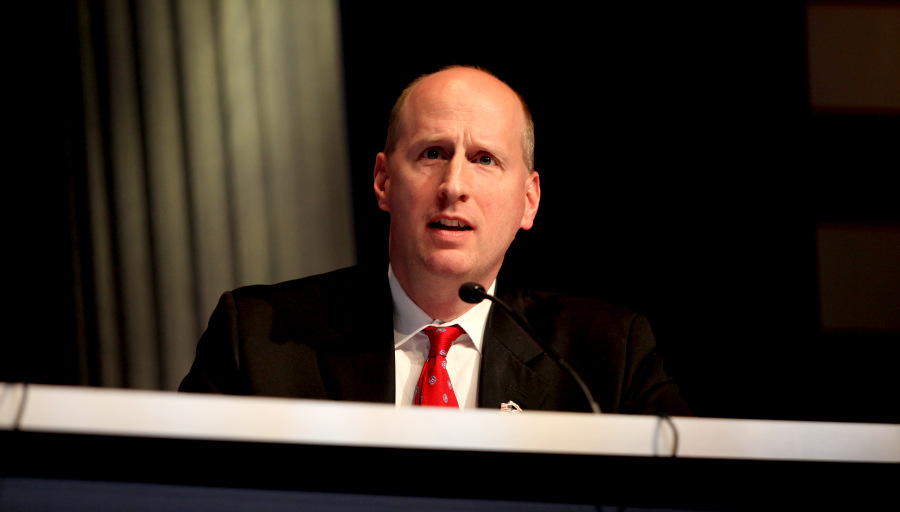 In his latest Rube Goldberg contraption designed to show why pro-lifers should not back a pro-life president, David French exhausts himself. It’s frankly hard to slog through something that long when one’s so busy cringing. Here is a once-prominent public intellectual, who actually toyed with running for president of the U.S., reduced to peddling sophistries to his ever-shrinking audience. His point?

It doesn’t matter if you refuse to vote against Joe Biden and Kamala Harris. If his incessant, distorted, personally motivated attacks on Trump and his supporters help those two get elected?

French’s conscience will be clear. It doesn’t make that much difference, French tries to tell us, who gets elected president of the U.S. Who chooses its Supreme Court justices. Or who directs our policies at the U.N. — which can either push foreign countries to protect unborn children, or pressure them to abandon them.

They’ll Greet Our Troops with Flowers

Let’s remember the last time David French assured of something that seemed kind of nutty. He was a big cheerleader for our disastrous war in Iraq. He echoed the neocon party line that our troops would be greeted with flowers. That religious minorities, including a million Christians, would be safe in the post-war chaos. French’s allies even told us that the war would “pay for itself.” Remember all that? French hopes that you don’t.

It doesn’t make that much difference, French tries to tell us, who gets elected president of the U.S.

In an exchange with one of us in the New York Times, French waved off the moral responsibility of George W. Bush for refusing to use U.S. soldiers to safeguard Iraqi Christians. Out of a million believers, praying in churches that date back to the Apostles, three-quarters were killed or made refugees. All while U.S. soldiers looked on, obeying orders.

French didn’t think their blood was on Bush’s (and Obama’s) hands. So perhaps he has a distorted sense of how moral responsibility operates. That would help him excuse his three-year vendetta against Trump supporters, for taking control of the GOP away from his war-happy faction.

You want to meet someone who does understand moral responsibility? Someone who knows about getting blood on one’s hands, and what you should do when there is some? Abby Johnson. She was once a pro-abortion activist. Then a clinic employee. At last she became director of a Planned Parenthood clinic. She helped to end the lives of many thousands of Americans. And then she saw the truth. She acknowledged her personal guilt.

Johnson didn’t write thousands of words trying to justify her actions. To explain that it really didn’t matter if she ran an abortion clinic — somebody else would have, anyway. No, she got down on her knees in repentance to God and begged for mercy. And then she did more. She became a whirlwind of energy on the part of the pro-life cause. She offered pro-lifers her inside knowledge and expertise, exposing Planned Parenthood’s policies.

Johnson wrote a powerful book, Unplanned, that became a successful movie. She started a non-profit, And Then There Were None, with the goal of attracting clinic employees (as she was once) away from the abortion industry.

And now how is Johnson continuing her pro-life work today? She’s supporting the most pro-life president we’ve had since Ronald Reagan. And speaking at the Republican National Convention, focusing the attention of the nation on the most vulnerable people in our country: unborn Americans, who have fewer rights than farm animals, and whose body parts Planned Parenthood sells, as if they really were chickens or pigs.

That is how penitence works. If David French understood that, he would repent his support for a reckless war that destroyed Christian communities. His backing for a similar war in Syria, which Donald Trump refused to wage. French would volunteer to help rebuild the shattered Christian villages of Iraq, some of whose displaced residents still live in unheated shipping containers. (Islamists control the refugee camps, and won’t let Christians in.)

Imagine Having a Conscience

If French had a cogent, Christian vision of the moral life, he wouldn’t dare hurl moral epithets at those who warned against that war. And he certainly wouldn’t tell pro-lifers that it really doesn’t matter if the woman who tried to imprison pro-life journalists stands a heartbeat away from the presidency.

David French knows better. We know he knows. Watching him perform a solitaire Cirque du Soleil show for his deep-pocketed NeverTrump donors is a miserable spectacle. By the irony of faith, humility and real penance is the route back to dignity, as Abby Johnson knows. God willing, French will someday learn it too.