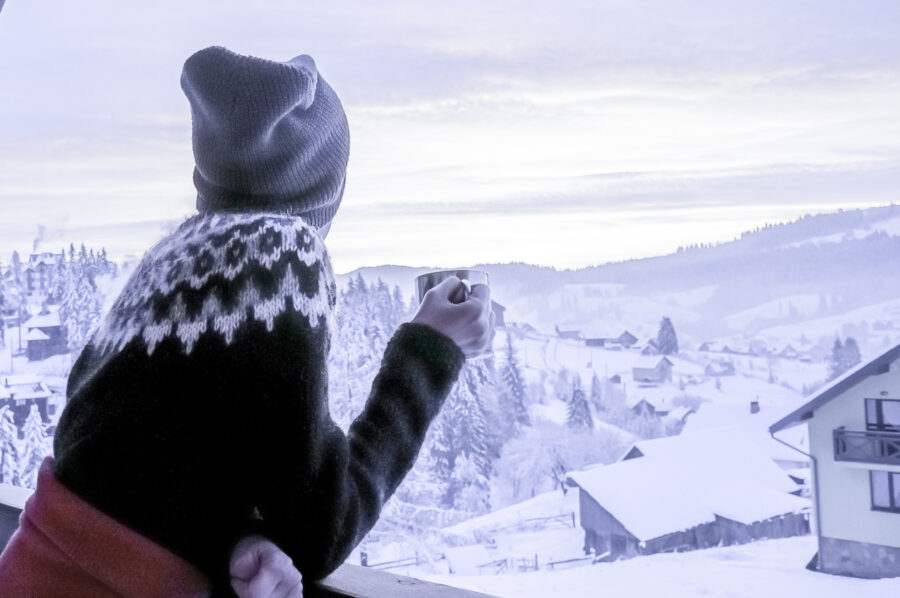 Today’s Brew has an international flavor.

ISIS Leader Killed in Syria During US Special Forces Operation

ISIS leader Abu Ibrahim al-Hashimi al-Qurayshi is dead. Al-Qurashi blew himself up … and his family … as U.S. Special Forces closed in on his location in northern Syria. At least 13 Syrians were killed in the action. Syrian Civil Defense – the so-called White Helmets — claims the dead include 6 children and 4 women.

The Pentagon reported that no U.S. troops were killed in the raid, though one helicopter was lost.

The Stream’s Tom Sileo shares more details in this week’s “Service & Sacrifice.” Stream contributor Timothy Furnish will be providing a big-picture look at the death and connected events in the region.

Canadian Truck Convoy Having an Impact?

Perhaps it has absolutely, positively nothing to do with the massive “Freedom Convoy” that’s converged on Ottawa. Perhaps. But according to Breitbart.com, regional governments in Canada are beginning to drop COVID-related mandates. Quebec and four other provinces have either announced rollbacks or stated they plan to consider rollbacks within the week.

How menacing can anyone be dancing and swaying to “We Are the World”? That song makes Celine Dion sound like death metal.

The Winter Olympics in Beijing are Underway

Controversy gives way to competition as the Winter Olympics in Beijing get underway. Figure skating, always a main attraction, got underway Thursday our time. If you’re trying to keep track of the Olympic action, here’s NBC’s official website.

The U.S. has a “diplomatic boycott” of the games, meaning despite China’s horrible treatment of the Uyghurs and its unleashing of COVID, our government will not subject China to either Kamala Harris or Jill Biden.

According to a Pew poll, fewer than half of Americans have even heard of the diplomatic boycott, yet almost exactly the same 46% think it’s a good idea.

Will Americans tune in to watch, ignoring widespread calls to not watch a second of the Olympics? Leading pro-life thinker Wesley Smith begs you not to. Let’s see what the ratings show.

If you are boycotting the Olympics, the mesmerizing world of curling will miss you.

“Do What We’ve Been Doing,” CNN Interim Boss Urges Employees to Continue Sending Network Into the Abyss

If you’ve lost 70%-90% of your business in a year, and almost every week a new sex scandal erupts in your offices, and your credibility has been shattered by repeated demonstrations your product is trash, what’s the first thing you’re going to tell your staff when you are put in charge?

What Cable News Host Draws the Most Democrats Between the Ages of 25-54? More Bad News for CNN and MSNBC:

You’d think the answer would be MSNBC’s Rachel Maddow. Overall viewers, yeah. But in that key demographic? Nope. In a sign of just how much trouble CNN and MSNBC are in, the cable news host who draws the most Democrats between 25 and 54 is … Tucker Carlson. Democrats.

According to a Mediate analysis of Neilsen data from October, Carlson drew an average of 101,000 Democratic viewers in that age range. Maddow only tied for second with Fox News’ The Five, with 88,000.

And Maddow just announced she’s taking a hiatus from her show until April. She is working on a movie with Ben Stiller based on her book about disgraced Vice President Spiro Agnew.

A Movie About a Corrupt VP …

Agnew was forced to resign as Nixon’s VP in 1973. He had taken kickbacks from contractors while Maryland’s governor in the 1960s and continued to take bribes as VP. He pled no contest to one charge of tax evasion.

His last words were, “At least I didn’t pocket $31 million from the Communist Chinese … unlike some vice presidents I know.”

Okay, Agnew didn’t say that. But it is interesting that Hollywood and news media has more interest in a corrupt VP from 50 years ago than looking into what the current president was doing before, during, and after he was VP.

Serious question for Maddow: What did Agnew do that “The Big Guy” Biden hasn’t done?

From the “These People Think We’re Idiots” File: L.A. Mayor Claims He Held His Breath in Maskless Photo

Los Angeles Mayor Eric Garcetti doubled down on stupid. He was photographed at the L.A. Rams game with Laker legend Magic Johnson, maskless, in violation of his city’s mandates. Magic — who has been living with AIDS for 30 years and is obviously in a higher risk category — was also maskless.

But Magic’s not the one making the rules. It’s liberal politicians like Garcetti and Gavin Newsom, who was also photographed with Magic.

So what was Mayor Garcetti’s rationale? He insists he was just trying to be gracious taking the photograph, and …. get this … he was holding his breath.

First off, Mayor. It’s Los Angeles. It’s Magic Johnson. If he’s taking a photograph with you, he’s the one being gracious.

Second, if you’re holding your breath while taking a picture, it’s not because you are trying to protect anybody. It’s to suck in the gut. You know what I’m talkin’ about.

From the “Hollywood Liberals are Babies” File: Two Judges on Masked Singer Bolt When Contestant is Revealed to Be Rudy Giuliani.

Two judges — Robin Thicke and Ken Jeong — reportedly bolted from the set of The Masked Singer in protest when a contestant was revealed to be former NY Mayor Rudy Giuliani. Oh, my gosh! They let a REPUBLICAN on the show?! A Trump guy?!?!? My sensitive heart can’t take it!

The two remaining judges Jenny McCarthy and Nicole Scherzinger had the class and cajones to stay and converse with America’s Mayor. Thicke and Jeong eventually returned.

But what of these two pampered celebs? Jeong is a medical doctor turned comic actor. Thicke is known for being the son of Alan Thicke, for plagiarizing his one big hit from Marvin Gaye, and for letting a near naked Miley Cyrus grind against him on an award show. Not exactly the kind of person who should be passing moral judgment on anybody.

The episode where Rudy is revealed airs next month. If you don’t know the show, assorted celebrities dress in these crazy costumes and sing. The judges try to guess who they are … via clues … and the worst performer gets voted off. (If you remember, Sarah Palin was on a few seasons ago, showing off her rapping skills … such as they were.)

Don’t know what kind of voice Rudy has, but it beats the sound of Thicke and Jeong going “Waaaaaaaaaahhhhhhhhhhhhhhh!”

Tom Gilson shares great advice with “Evangelicals: When to Tell Your ‘Trusted Source’ to Sit Down and Shut Up.”