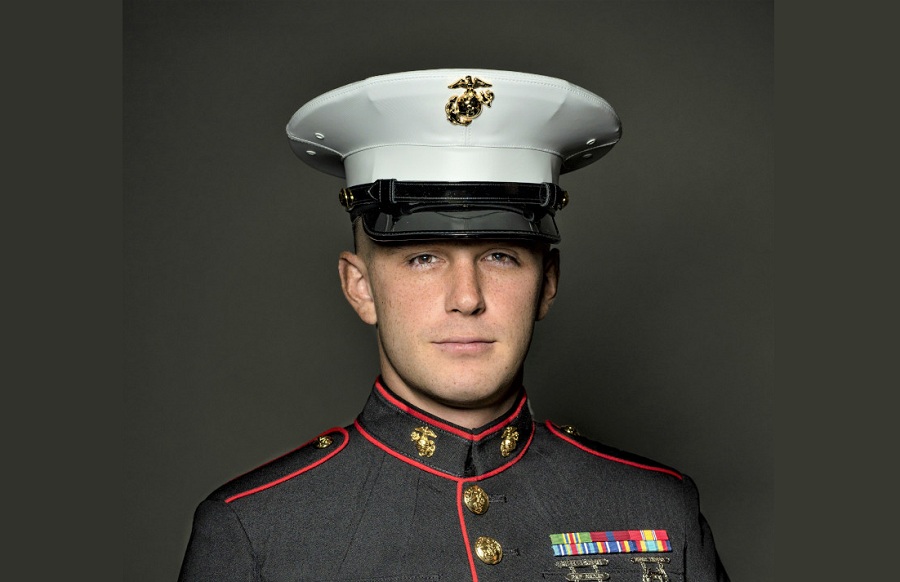 U.S. Marine Corps veteran Trevor Reed was serving a nine-year sentence in Russia before being released this week.

A U.S. military veteran who was arrested and jailed in Russia in 2019 is finally heading home. This week, the Biden administration made a deal with Vladimir Putin’s regime to secure Trevor Reed’s release in exchange for convicted Russian cocaine trafficker Konstantin Yaroshenko.

Trevor Reed served honorably in the U.S. military from 2011 to 2016. According to USA Today, he helped protect then-Vice President Joe Biden as a member of the select team of U.S. Marines who help guard the president, vice president and first and second families. Three years after being discharged, Reed was arrested while visiting his girlfriend in Russia. The circumstances of the now 30-year old veteran’s 2019 arrest for allegedly assaulting a police officer were heavily disputed by family members and supporters. Reed was subsequently sentenced to nine years in a Russian labor camp.

“I heard in the voices of Trevor’s parents how much they’ve worried about his health and missed his presence,” President Biden said in a statement announcing the release of a former Marine who once helped protect him. “And I was delighted to be able to share with them the good news about Trevor’s freedom.”

This is a rare bipartisan moment of celebration for all Americans. We are grateful to God that this military veteran is being reunited with his family.

Meanwhile, U.S. military forces continue to train with NATO allies in Europe, as seen in the embedded photo above that was taken this week in Poland. As The Stream has been reporting, more than 100,000 American troops are stationed in the region to counter Russian aggression in the wake of its ongoing war against Ukraine. Another joint training photo, embedded below, was recently taken in the former Soviet republic of Latvia.

On Thursday, Pentagon spokesman John Kirby said that billions of dollars worth of military equipment that the U.S. is sending to Ukraine is making a big difference during the ongoing Russian invasion.

“We know they’re expending rounds, every single day, of all different types and calibers,” said Kirby. “And we’re doing everything we can to continue to make sure that they can stay [in the] fight.”

Please pray for the people of the Ukraine and the thousands of brave American troops stationed nearby. We ask the Lord to shield these heroes and allow for a swift and safe return to their loved ones.

About 2,500 U.S. service members are still in Iraq to help the country’s military fight the remnants of ISIS and other terrorist groups. This week, Iraqi troops hunted for ISIS fighters, as pictured below, and also “destroyed [an ISIS] truck rigged with explosives” in Anbar province, according to the U.S.-led coalition.

In Syria, where about 900 U.S. military personnel are still serving, a new Business Insider report says “the U.S. and its Kurdish partners are sitting on a powder keg” in the Middle Eastern country. Stavros Atlamazoglou writes that “thousands of ISIS fighters are being held in prison camps in northern Syria” and that the threat of another prison break poses a major threat to Syria and the entire region.

While Syria and Iraq are rarely in the American media spotlight, especially amid the war in Ukraine, the nearly 3,000 American heroes stationed in these dangerous countries need our support. Please remember to pray for them and their families.

The crew of the littoral combat ship USS Billings is back home in Florida after a deployment to combat drug trafficking in the Caribbean and Eastern Pacific. 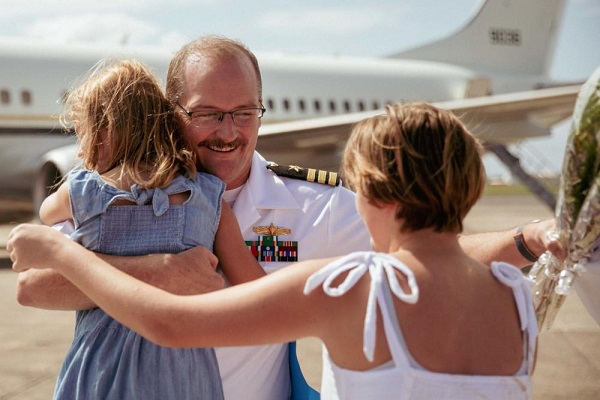 The commanding officer of the littoral combat ship USS Billings reunites with his family upon returning to Naval Station Mayport in Florida on April 22, 2022.

Welcome home, sailors! Thank you for your service to our country and we hope you enjoy some well-deserved time with your families.