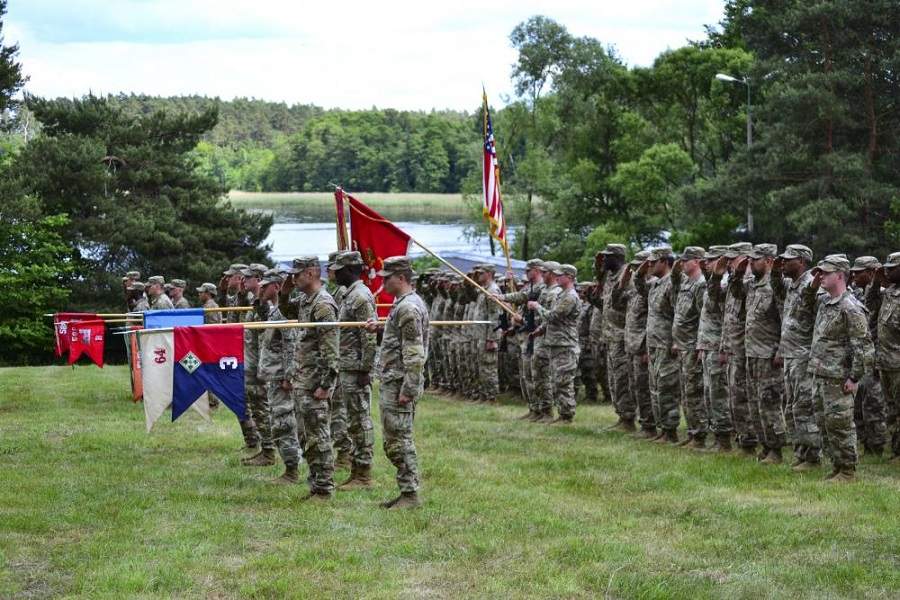 With 100,000 American troops already deployed across Europe on this July 4th weekend, the White House announced this week that the continent’s most serious crisis since World War II won’t stop affecting the U.S. military anytime soon.

More American weapons are heading to Ukraine, as well as several other European nations. A “permanent headquarters for U.S. forces stationed in Poland” was also announced by President Joe Biden, according to Axios. About 10,500 American military personnel are currently deployed to Poland.

“Today I’m announcing the United States will enhance our force posture in Europe to respond to the changed security environment, as well as strengthening our collective security,” President Biden said earlier this week.

These types of announcements are not just political or strategic. They affect real people. Deployment extensions like the one NBC News reports will likely be the case in Poland means more military families will be separated for even longer periods of time. Please keep these American warriors and their loved ones in your prayers as Russian aggression impacts not only Ukraine, but the entire European continent.

More than 3,000 combined U.S. military forces are still serving in Syria and neighboring Iraq. Earlier this week, U.S. Central Command announced that the military killed a top terrorist leader in Syria as he rode alone on a motorcycle. There were no civilian casualties in the drone strike, according to the below statement.

It is sometimes easy to forget that every single day in faraway places, brave Americans are risking their lives to bring some of the world’s worst murderers and terrorists to justice. Please say a special prayer for our valiant troops and their families over this July 4th holiday weekend.

The last surviving Medal of Honor recipient from World War II passed away this week at the age of 98.

While I never had the privilege of meeting this military legend, I was honored when he followed me on Twitter several years ago. I have also spoken to several Gold Star family members who knew him personally. Through his deep love of country and the foundation that bears his name, Woody Williams helped countless military families since returning from one of the most brutal battles in history. In fact, Williams touched so many lives that there are calls to give him a state funeral, which I fully support.

As we pray for the Williams family and mourn his passing, I can’t think of a more fitting time to honor this American hero than July 4th weekend. Because of Woody Williams and millions of fellow Americans who stepped forward to defeat tyranny and evil during World War II, our country is free.