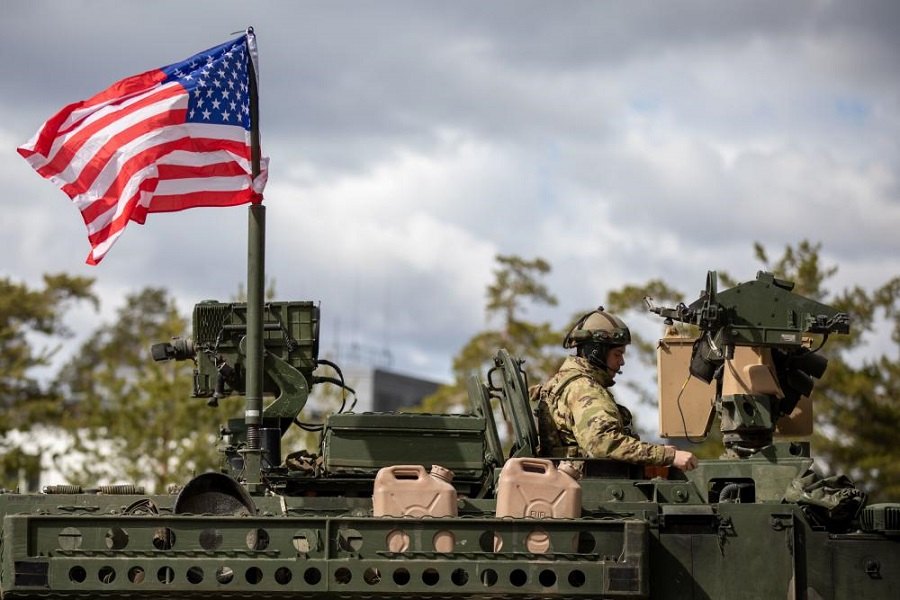 A U.S. Army soldier communicates on the radio during a tactical road march at the Niinisalo Training Area in Finland on May 8, 2022.

As Russia threatens Finland over its decision to apply for membership in NATO, thousands of brave U.S. military personnel are right in the middle of the unfolding drama.

Huge joint NATO training exercises are currently taking place across Europe, including inside Finland, where an American military convoy can be seen above. Finland and possibly Sweden are planning to join NATO in response to Vladimir Putin’s ongoing invasion of Ukraine.

In North Macedonia, an estimated 4,500 troops from nations including the United States are playing “war games.” Another 18,000 have been training on the border of Estonia and Latvia. The Daily Mail posted a roundup of the various military drills, including some breathtaking photographs from all around Europe.

“Over the past 10 days, soldiers from Albania, France, Greece, Italy, North Macedonia, Montenegro, the U.K. and the U.S. have taken part in the exercises in North Macedonia, which have included parachute jumps at several locations around the country,” The Daily Mail reports.

While the still-unfolding crisis in Europe isn’t receiving the wall-to-wall media coverage that it was just a few short weeks ago, the risks remain serious. At any moment, more than 100,000 U.S. troops stationed across the continent could be in the middle of a devastating 21st century conflict. As we pray for peace, we thank these American warriors for their willingness to defend freedom and ask God to keep them safe.

An American soldier was killed and another injured this week during a bear attack on a remote military training area of Alaska’s Joint Base Elmendorf-Richardson.

The military has identified the fallen soldier as U.S. Army Staff Sgt. Seth Plant of Florida. The 30-year-old parachute infantryman “was setting a course through the woods for navigation training at the time of the attack,” according to Alaska Public Media.

Staff Sgt. Seth Michael Plant was killed by a bear on JBER on Tuesday while setting a course through the woods for navigation training, says the U.S. Army Alaska.https://t.co/EBMWCYlEkA

A female bear with two cubs reportedly attacked the soldiers as they carried out their duties near a den that was later discovered by authorities. The second soldier was taken to the hospital with minor injuries and later released.

“He always had a smile on his face, he always went above and beyond what was asked of him, and he served as an inspiration to all who had the privilege to know him,” U.S. Army Lt. Col. David Nelson said. “His loss is deeply felt within our organization and we offer our sincere condolences to friends and family.”

Please say a prayer for Staff Sgt. Seth Plant’s loved ones and fellow soldiers as they grieve this tragic loss.

Soldiers who helped more than 100,000 Afghan nationals safely evacuate their country returned home to their loved ones this week from the Middle East, where thousands of American troops are still stationed. 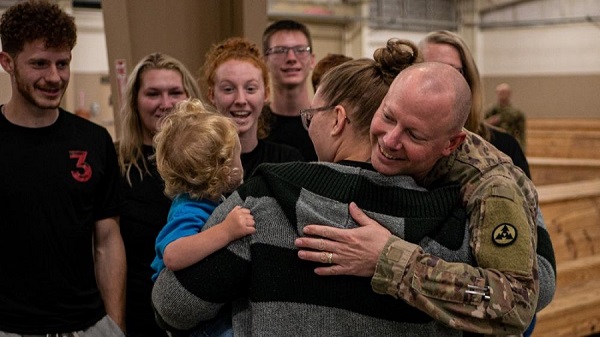 U.S. Army soldiers reunite with their families after returning from Kuwait to Fort Bragg, North Carolina on May 10, 2022.

Welcome home, heroes! You did a truly noble thing by helping the people of Afghanistan and countless others. God bless you.