The original Magna Carta has come to Museum of the Bible, on loan from Britain’s Hereford Cathedral. The Washington, D.C. museum has also produced a dramatic film about the story. 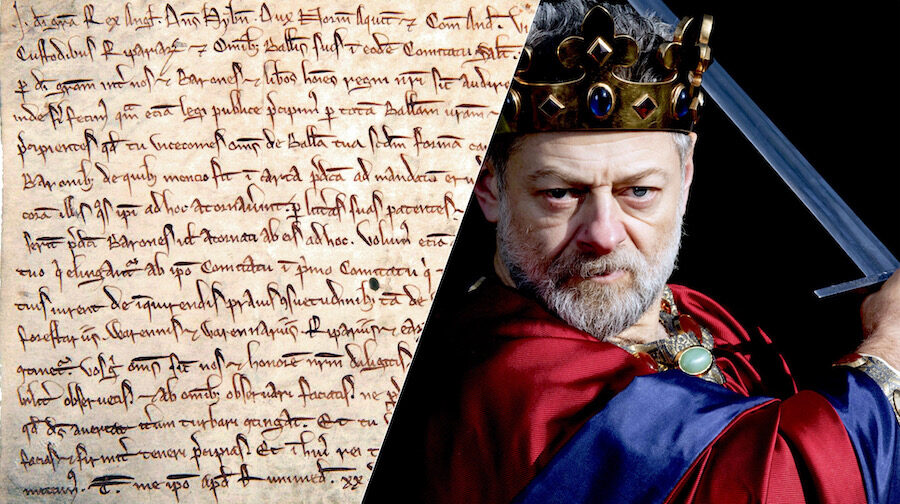 A document authored more than 800 years ago continues to have profound influence on democracy worldwide, especially in the United States.

Now one of only four original copies of the Magna Carta issued in 1217 serves as a centerpiece for a new exhibit at Museum of the Bible in Washington, D.C. The freedom charter hails from Hereford Cathedral in rural western England, which has rarely loaned it.

“Many of the freedoms enjoyed or longed for around the world today stem from this (charter),” said Alon Shulman, co-founder of Hawkwood International. The cultural arts organization partnered with the museum to create this exhibit. It runs through January 2nd, 2022.

His associate Luke Purser spoke to media at a press event on Thursday. “The opening and closing clauses are, ‘The church shall be free,’” he said of the document. “From the 13th century to the present day, the Magna Carta has an interesting relationship with the Bible — and also with the ‘land of the free.’

“With this exhibit, the importance of life, liberty and property come alive here in the heart of Washington.” The Museum of the Bible is located only two blocks from the U.S. Capitol.

The museum, known for its use of media and technology, features two short films in this interactive exhibit. Award-winning actor-producer Andy Serkis (“Gollum” in The Lord of the Rings films) portrays villainous King John as a one-man performance in the films.

Throughout, the exhibit challenges visitors to examine how the charter’s ideas apply today.

During a time when Americans celebrate independence, this exhibit brings forward crucial issues of church and state. It takes visitors back to 13th century England when, scholars note, only landowning men had full rights.

The crux of the Magna Carta story concerns Stephen Langton, known in history for his role as Archbishop of Canterbury, the leader of the Church in England. He went from a rural English town in his childhood to scholarly study of the Bible. Few voices of the time examined church-state relations as deeply as Langton.

Appointed archbishop by Pope Innocent III, Langton came into conflict with King John. The treacherous ruler had spent a decade trying to undermine the church. Now King John wanted to appoint his own man for this crucial leadership role.

“He’s probably the worst king who’s ever sat on the throne of England, and he really has some serious competition,” said Purser at the exhibit event.

Challenging medieval customs, the Magna Carta stated that the king would be subject to the same laws. Such a truth about human dignity and rights finds its origin in the biblical text.

The exhibit quotes Deuteronomy 17, which states that the king must follow the same law as his subject. This passage closes with verse 20: That his heart be not lifted up above his brethren, and that he turn not aside from the commandment, to the right hand, or to the left…

“Langton was quite insistent that the king has limits,” said Jeffrey Kloha, chief curatorial officer at Museum of the Bible. “He saw his responsibility as standing firm that God and the church were his ultimate authority. Through his role drafting the Magna Carta, he helped put the king in his place.”

Centuries later, American Founders relied on the Magna Carta as a key source to claim limits on the king’s authority. In the 1680s, William Penn published the charter for the first time in the Americas.

“It becomes a meme in the American colonies, in a way,” said Kloha. “Showing up in references and images all over colonial-era material, the Magna Carta has a whole new life.”

The exhibit underlines how it has been reinterpreted many times in recent history. Winston Churchill spoke of its importance. And the Universal Declaration of Human Rights used it as a primary source.

In current political conflicts, the issue of religious employment has reemerged as Congress considers the Equality Act. Among others, Jeff Myers of Summit Ministries has noted that the bill does not protect religious-based hiring rights.

Scholars demurred any direct comment, with Kloha calling the issue “an interesting spin.” He added: “What raised Langton’s ire was being essentially exiled from England for six years. You could see that as a religious hiring issue, though circumstances differ.”

For those who authored the charter, these principles were not merely about politics. Their concerns derive from “reverence for God and for the salvation of our soul,” the Magna Carta declares.

Said Kloha: “In the constant struggle for individual rights and freedoms, this document continues to echo.”

The exhibit “Magna Carta: Tyranny, Justice, Liberty” will be featured at Museum of the Bible in Washington, D.C. through January 2, 2022.