Reopened Since June, Museum of the Bible Overcomes Hurdles to Welcome Families

Praised for its innovative storytelling, a massive faith-based museum in Washington, D.C. has undergone safety measures of biblical proportions to reopen for visitors. 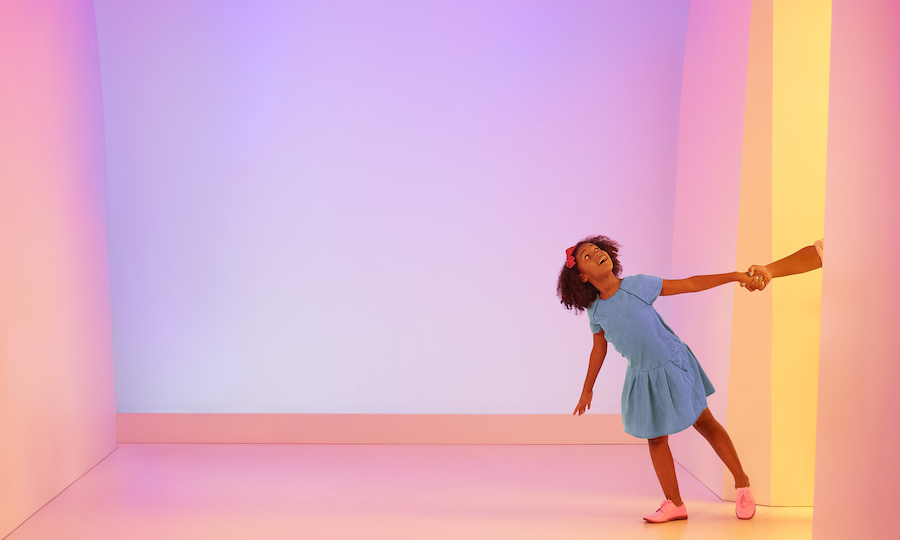 A young visitor walks through the Hebrew Bible Experience at Museum of the Bible, including a scene that dramatizes the rainbow following the Genesis account of Noah. In July, the interactive exhibit won a prestigious Thea Award.

On any other summer, after a light August rain, thousands of people emerge from under trees to resume volleyball and soccer games. Families would rush to their next stop among thirteen Smithsonian museums, which line the Mall on either side.

Yet, on early Thursday afternoon, fewer than 10 people could be seen outside the usually bustling National Air and Space Museum. It remains closed, like nearly all the Smithsonian museums.

“This is nothing!” said Nasa Tecle, owner of a food truck parked nearby the Smithsonian flagship. “It’s a small fraction of the people we saw last summer. And tourists are how we work.”

She has operated her food truck for six years in D.C. This summer, most vendors remain parked at home due to lack of demand.

She continued: “I tried to do DoorDash delivery for awhile, but that is hard when you have three kids.” 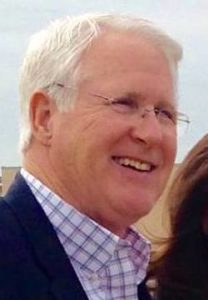 “You’re not allowed to come and stay unless you quarantine for two weeks,” said Harry Hargrave, CEO of the Museum of the Bible.

“This has caused much of the normal activity from tourists to just not exist. We are at about 25 percent of our normal attendance.”

Located two blocks from the U.S. Capitol, the $1 billion faith-based museum reopened on June 22. Capacity has been reduced, and staff have remained COVID-free according to Hargrave.

This weekend, to raise awareness of their reopening, Museum of the Bible has sponsored a national TBN telecast with Christian music performances.

Singer/songwriter Matthew West hosts the special, touring through the museum in segments as it cuts to songs from Mandisa, the Newsboys, and other artists.

“We are here for the sole purpose of encouraging people to pick up the Bible, read it, and get acquainted with it.”

“This physical space was chosen as a strategic location,” said Hargrave. “We are here for the sole purpose of encouraging people to pick up the Bible, read it, and get acquainted with it. It’s an important mission, so we wanted to get back open as quickly as possible.”

Still, due to low attendance, museum staff has been temporarily reduced. “Last Friday, we had to furlough 42 of our employees,” he said. “It was very painful for all of us. But it will enable us to continue forward with the museum.”

Two large privately-run museums in D.C. both reopened as soon as possible. International Spy Museum joined Museum of the Bible in following standards that Hargrave called “very difficult to comply with.”

“Our team has really worked hard to make the museum a safe place,” he said. “We’ve required masks since reopening, and added new hand sanitizer stations. There have been no complaints, nor have we had any problems.”

With 430,000 square feet of hands-on exhibits and experiences, the seven-floor museum is famously spacious. “Hallways in the museum are very large, so social distancing is easy,” said Hargrave. “People have plenty of space to spread out.”

Interactive kiosks have had stylus pens added that are sanitized frequently. Their wow-factor experience, a “flying theater” ride similar to one at Universal Studios, also receives regular cleaning.

“We’re getting a lot of use out of the flyover ride,” he said. “It showcases the fact that so many buildings built by our predecessors here in this city have scriptures engraved on them. The truths taught in the Bible played a role in our nation’s opportunities and successes.”

Upon entry to the museum, visitors encounter The Ten COVID Commandments.

Thanks for the feature on our reopening, @rollcall. With the COVID Commandments and other preventative measure, we are thrilled to welcome guests back safely to the #museum.

Not every area of the museum reopened in June. A popular high-tech playground intended for elementary-age kids and younger remains closed.

“Small children are germ carriers,” said Hargrave. “It’s important to keep every space as clean as possible, but it’s hard to do that with a children’s play area. We think it’s wise to keep that closed until COVID-19 gets under control.”

Despite this year’s low attendance thus far, Museum of the Bible has nonetheless garnered new accolades. In July, the Themed Entertainment Association presented the museum’s Hebrew Bible Experience with an Outstanding Achievement Award.

“It really is a terrific experience,” said Hargrave. “It takes you from the beginning of creation all the way through to Moses, the kings of Israel, and the prophets. This award recognizes it as an immersive experience that is worthy of global acclaim.”

“This exhibit is powerfully emotional, profound and stirring — without ‘preaching.’”

This follows surprisingly positive reviews from the Washington Post, including their museum critic. A Pulitzer Prize winner, he called it “rich in content [and] stocked with historic treasures.”

Gradually, the museum hopes to rebuild attendance. Yet Hargrave has families with children in mind more so than academics. “A major focus in this next year is to make the museum a more fun place,” he said.

“It’s a lot of things currently: educational, informational, and historical,” he added. “But if your children don’t want to go to the museum, most adults are not going to force them to go. Our play area will certainly reopen, but that’s just step one.”

Uncertainty about the future under COVID-19 affects enterprises both large and small, including food trucks. “I applied for unemployment months ago, but it has not come through,” said Tecle.

Hargrave confirmed that Museum of the Bible has received a loan through the Paycheck Protection Program. Treasury Dept. data reports the museum loan is between $2 and $5 million. MinistryWatch notes that over 400 evangelical ministries received loans exceeding $1 million.

“We see an opportunity to prosper as the museum stays open.”

“We went ahead and applied for the PPP program through the federal government,” said Hargrave. “That way we are able to maintain most employees and benefits. We see an opportunity to prosper as the museum stays open.”

Both the museum CEO and food truck operator recognize the virus has many unknowns. “I understand city policies,” said Tecle. “If cases are going up, there are risks. But you cannot run a food truck just from local people exercising and walking their dogs.”

As a difficult summer comes to a close, Hargrave hopes that families in the region consider Museum of the Bible as an option for a quick getaway.

“People from every background and faith tradition are welcome at the museum,” he said. “Our hope is that they gain a new perspective and find the Bible pertinent to their lives.”

Watch part 1 of the museum’s TV special below. Part 2 airs this weekend on TBN.