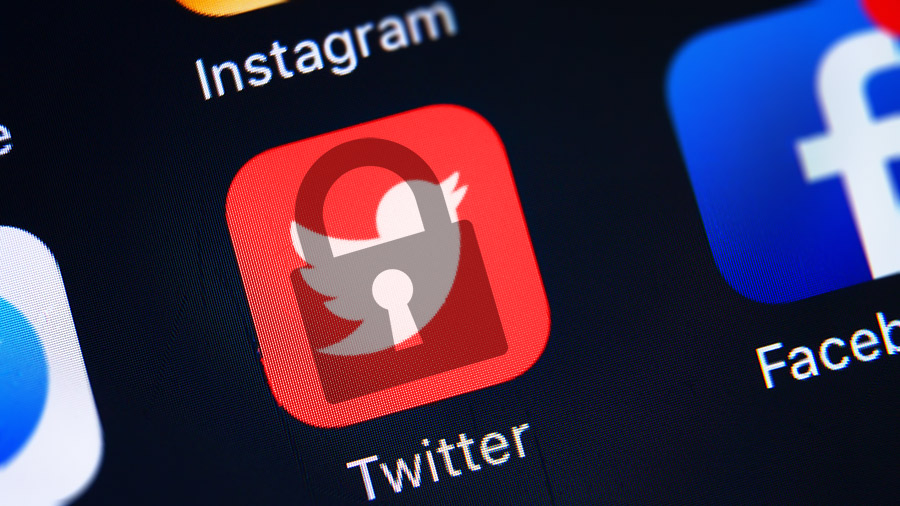 After preaching at my home congregation Sunday morning, I got into my car in the church parking lot to check my voicemails and messages. One of my colleagues had sent me the link to his new article, which I decided to share with my Twitter followers. To my surprise, I discovered I was locked out of my account for 12 hours for violating Twitter Rules.

But what I had done? What was the violation? There was no further information, no link to file an appeal, and no reference to an offending tweet.

Several years ago, something similar happened to me, but Twitter subsequently apologized, explaining that they had misunderstood my tweet.

This time, I was left in the dark, forcing me to search online for a way to appeal the suspension.

Obviously, this was not a serious crisis, and like many other conservatives, I knew my time on Twitter might be limited. Still, I was wondering what offense I had committed.

Minutes later, I had my answer.

Figures. It Was My Tweet About Biden’s Trangender Nominee

I was informed that I had been locked out my account for 12 hours because of this tweet, posted on January 20: “Will I get punished by Twitter for saying that, in God’s sight, ‘Rachel’ Levine (nominated by Biden to be his assistant secretary for HHS) is a man?”

There was nothing that would incite violence.

I didn’t even “deadname” Levine, referring to him as “Richard.”

I simply stated the truth. In the sight of God, President Biden’s nominee for assistant secretary for Health and Human Services is a man.

Someone might challenge the statement, asking what gives me the right to speak for God.

Someone else might claim to have a different perspective on God’s point of view.

And, of course, an atheist would dispute the whole notion of God.

Fair enough. We can have those debates.

What Violation of the Rules?

Then I read the categories of Privacy and then Authenticity.

What rule had I violated? Where had I sinned? What was my transgression? (For John Zmirak’s brilliant, satirical self-confession, see here.)

Then I re-read the verbiage under “Hateful conduct,” which stated, “You may not promote violence against, threaten, or harass other people on the basis of race, ethnicity, national origin, caste, sexual orientation, gender, gender identity, religious affiliation, age, disability, or serious disease.”

So was that it? Was that my crime?

I dug down deeper into the rules, clicking the link for more information, which included this note (which, for some reason, used British English spelling): “We recognise that if people experience abuse on Twitter, it can jeopardize their ability to express themselves. Research has shown that some groups of people are disproportionately targeted with abuse online. This includes; women, people of color, lesbian, gay, bisexual, transgender, queer, intersex, asexual individuals, marginalized and historically underrepresented communities.”

So that must be it. By simply stating biological and biblical truth, I had “harassed” a transgender person. What else could it possibly be?

This led then to the next question. Why did it take Twitter four days to decide I was guilty?

My only guess is that on Saturday, former governor Mike Huckabee retweeted my article about Biden’s radical, trans-activist executive order, including my Twitter handle in his tweet. And given the size of his Twitter following, the tweet got lots of attention. Did this, in turn, draw attention to my account, and then my tweet?

Either way, the end result was yet another example of Twitter’s leftist censorship.

In reality, Twitter is stifling public conversation and harassing people who believe things as basic as this: in God’s sight, a biological male remains a male, even when identifying as a female.

Not only so, but once again, we see how affirmation of radical transgender ideology trumps science, Scripture, and even common sense.

Perhaps I’ll get blocked the next time for saying that someone who identifies as a cat (or dog or dragon or the like) is actually a human? After all, wouldn’t therians (who believe in some way that they have an animal identity) fit in the class of “marginalized and historically underrepresented communities”?

And what about Twitter’s extraordinary double standards, as Bible-believing conservatives like me get bashed and mocked and cursed by the minute on these platforms, specifically for being who we are and believing what we believe, and that is somehow fine and dandy.

Over 15 years ago, when I began to warn that those who came out of the closet wanted to put us in the closet, I was roundly mocked. “That’s ridiculous,” I was told.

Levine may be a decent human being and a serious professional. But he is not a woman in God’s sight whether Twitter likes it or not.

In the end, Twitter may suspend me or block me (and countless others). But they cannot change the truth.