Beagles Keep Getting Me Evicted 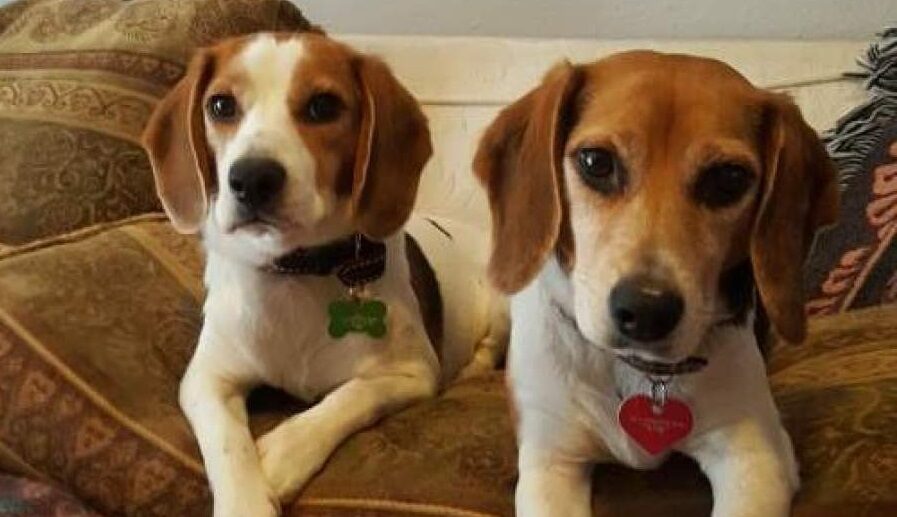 Senior Editor John Zmirak is on vacation, so The Stream is republishing some of his classic columns about dogs he has rescued or adopted over the years.

I spent Christmas and New Year’s in perhaps the least festive way possible outside of wartime. How? I’ll answer that in a riddle somebody once posed me:

“What’s the opposite of leisure?”

He shook his head. “No, work can be enjoyable. The opposite of leisure is moving.”

Christmas at the Storage Unit

Of course he was right. My career has made it necessary more often than I would like, but my least favorite thing on earth is relocating. First you have to purge your books, try to whittle their numbers back down to size. That feels like eugenics to me. Usually I try to make it more festive by inviting over friends to pillage my library at will. But now there wasn’t time for that.

So I grimly went through my collection, dumping a fourth of them into a box marked “Half Price Books.” At that store at least I can trade them in for credit for … still more books! Still the effort and expense of shipping and storing what remains is making me consider a move to mostly Kindle. Saddest of all were all boxes of books I wrote myself, which I dreamed I’d sell at readings that never happened. But with your name on the cover, and all those thousands of hours poured into them, who can stand to throw them away?

Then there’s going through your clothes, and finally admitting which ones no longer fit and are never likely to. That’s always humbling.

Worst of all was saying goodbye to a place that I’d made home. I did it through a hundred little aesthetic flourishes, from the coat of arms with crossed swords on the wall to the Guadalupe tapestry over my bed. Most of all, I poured it into the paint job. I worked with a team of professionals to get just the right “crusader” effect in my downtown Dallas loft: Tea-stained and “antique” red leather colored walls, with lots of medieval pictures and Arab furniture. All designed to look like the room of a Templar returned from Acre.

The building I left continued the theme: A 1909 skyscraper in Gothic style, with a magnificent lobby and arched ceilings. It stood just a block from a grand Beaux Arts hotel, the historic Adolphus. I used to love to walk past its carved stone angels and heroes and green copper cupolas: A little patch of European art and history in a very recent city.

Susie in August 2016, during her radiation treatment.

What drove me from my home? Ah that was love. Last year I lost my beagle Susie at almost 17 to cancer. This was a girl who saw me through 9/11. I’ll never forget her barking and greeting all other panicked New Yorkers as we gathered outside Astoria’s only Starbucks to trade rumors and hugs with total strangers. She saw me through a move to New Hampshire, then back to New York, then came with me down to Dallas. Wherever she went, I was home.

Since I’d had her as a long as a parent does the kid they send off to college, my friends were deeply concerned how I’d handle the loss. I mean they were really worried about me. And they were right. But at least Susie never got feeble, or even seemed old. The stem cell cancer that claimed her was swift and virulent. On her sixteenth birthday in June 2016, she ran over seven miles. The next day her body got bloated and she was vomiting water. Surgery, then three months of radiation and chemo took their toll, so by the end I felt like I’d already lost her. Saying goodbye was a final mercy. We had the vet make a house call, and come to the bed where Susie liked to sleep, and she simply never woke up.

I planned to grieve at leisure. To go home for Christmas and see my friends, then look into adopting another dog sometime in the spring. But God had other ideas.

For years I’ve supported one beagle rescue or another. The place that I’d picked in Dallas, DFW Beagle Buddies, knew Susie’s story. I’d told them that my dream was to adopt a couple of siblings. Two little guys who’d play and chase all through their lives, just as they had as puppies.

And wouldn’t you know it, not three weeks after Susie died I heard from Beagle Buddies. A brother and sister beagle were in an inadequate home. Some family had bought them as puppies at a pet store the past Christmas for their kids, but couldn’t handle them. From the pictures I saw, they seemed to have rope burns around their necks. There was no guarantee how long they had before they ended up at a shelter.

So I really had no choice. I took in those two and named them Finnegan and Rayne. They did have rope burns on their necks, and four different kinds of parasites that took not the standard three days but six long weeks to purge. In the meantime, they had daily diarrhea. (All that time I had to carefully wipe their paws and butts after each of the five walks I gave them every day.) I hunkered down, and together we beat it. I canceled my plans to visit family at Christmas. In fact, I’ve only been able to leave Dallas once since I got them. No one can really … handle them.

Worst of all was the fact that my loft made a perfect dog run, allowing one beagle to chase the other around in circles, as they bayed and barked and yelped.

They really loved my loft in Downtown Dallas. But the loft didn’t really love them. For one thing, every time I emerged from the building, they’d make a mad kamikaze dash straight for the whizzing traffic on Main Street. Then we’d pass through a lovely park that homeless people like to sleep in. That’s not the problem. The down side is that they buy chicken at nearby 7/11 and strew the bones all over the place. Little choking hazards everywhere, in an urban poultry graveyard.

So I’d have to somehow keep the twins away from the bones, and make my way another whole block (past an alley full of yummy hotel trash) till we saw our first patch of green, at AT&T Plaza. There six sturdy trees and a couple expanses of grass offered squirrels to chase — and security guards to sometime shoo us away. (I can’t really blame them. Rayne once saw a squirrel so succulent that she pulled the leash out of my hand, and barged right into a crowd of AT&T execs at an outdoor breakfast meeting.) So that meant more walks through traffic to find another patch of green.

Worst of all was the fact that my loft made a perfect dog run, allowing one beagle to chase the other around in circles, as they bayed and barked and yelped. Given that they’d spent so much time cooped up in a tiny yard, I didn’t have the heart to stop them. Not even when Rayne would get so excited she’d make her “dragon sound,” which really ought to only come from something hatched from an egg.

That worked until it didn’t, when the building manager took the empty apartment above me. Suddenly she could submit noise complaints to herself, and send me citations for supposedly breaking the lease.

Suddenly, my cozy crusader’s nest no longer felt like home. I knew I needed a place that would welcome my little strangers, who stare at me with nut brown eyes of perfect trust, and spoon with me at night.

And that’s how I did something I’d sworn I’d never do: Move to the suburbs. Or almost the suburbs. It’s a nice enough neighborhood near SMU with cute apartment condos. But there are no Beaux Arts angels, or gothic lobbies. The ceilings hang low. I’m not allowed to paint the place in exotic faux finishes. The tapestries will hang, but they’ll look out of place.

But none of that matters. Now Finnegan and Rayne have big expanses of grass which to run. Squirrels that don’t have their own security guards. Streets mostly empty of whizzing cars. Instead of looking up at aesthetic pleasures made by man, now I look down at these two little masterpieces made by God. And I am happy.

For another shaggy dog story from John Zmirak, see “Nearer My Dogs to Thee.”

Beagles, Frank Capra, and the Real Meaning of Christmas

Nearer My Dogs to Thee

The Brew: What Did You Miss?