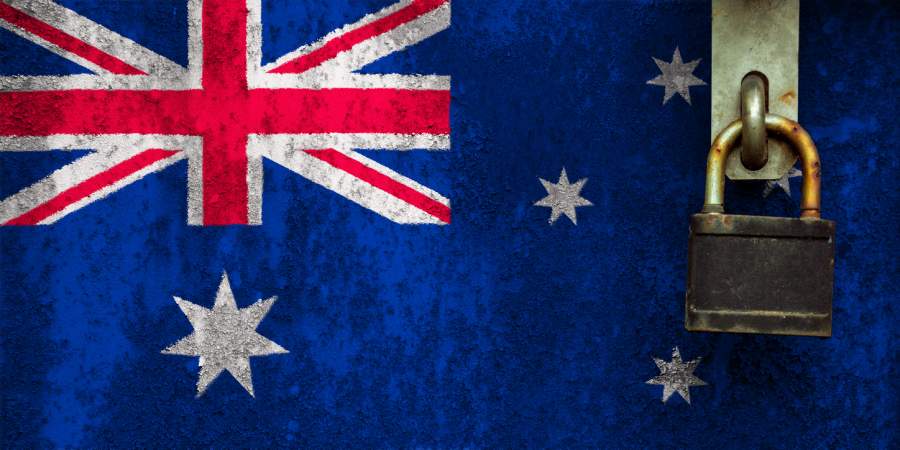 It’s all well and good that the U.S. has deepened its military alliance with Australia, facing China. That confrontation will only get fiercer and sharper now that Joe Biden handed Afghanistan over to China’s close ally, the Taliban. Here’s the thing, though: Which side of this new Asian Cold War represents freedom? Does anybody? Or is it simply a showdown between two different breeds of authoritarian government, like the Soviet-Chinese split?

No, we’re not kidding, or engaging in hyperbole. These questions are all too sincere.

The Playbook for a New, Authoritarian Government

Certainly as political prisoners languish in our GITMO on the Potomac for daring to question the theft of the 2020 election, America has no room to throw stones. Nor can we claim the moral high ground as the Biden regime tries to purge the U.S. military of its critics. That a typical early move of an autocratic regime taking power from a democracy. (Hitler used the chaos of the Night of the Long Knives to kill off generals he didn’t trust.)

Even peaceful demonstrations have been outlawed, and those who defy these fascist bans have been shot in the back by police with rubber bullets.

The Pentagon is seeking Dishonorable Discharge (akin to a felony record) for soldiers who refuse the Dead Baby vaccine. It’s labeling as potential “domestic extremists” evangelical Christians and orthodox Catholics. Biden is withholding life-saving COVID antibodies from Red States that won’t impose vaccine passports, such as Florida. We could go on, but you get the idea.

Shot in the Back by Cops for Protesting

But things are far worse in Australia, where COVID was used as the pretext for a totalitarian lockdown of the country. Internment camps have been built to house “the infected” (and probably later, those who refuse vaccines). Even peaceful demonstrations have been outlawed, and those who defy these fascist bans have been shot in the back by police with rubber bullets. We’re not kidding. Look at some of the footage.

How Did Australia Turn Fascist? And Why Are We Next?

How did things get this way in an English-speaking country? It’s equally our heir to the Magna Carta, the English Bill of Rights, and the Glorious Revolution. So why are its police acting like China’s Peoples Liberation Army? And why are they getting away with it?

There are philosophical reasons, and purely practical ones — which intertwine in the end, as everything does. Let’s start with the practical, then build from there.

The Modern Secular State Is a Hungry Predator

In 1996, Australians responded to a mass shooting by letting the government seize most civilians’ guns. “Self-defense” disappeared as a legal reason to obtain a gun permit. This mass surrender of weaponry to the State remains a model for liberals around the world, and especially in America’s anti-gun movement, as Raheem Kassam points out:

[T]he left media has gloated about disarming Australians for the past 25 years, op-eds in The Atlantic, Fortune magazine, and studies by left-wing think-tanks have tried to foist Australia’s gun laws on America. The Guardian called Australia’s laws a “gold standard.” Vox has been hyping them, too.

Now we see what a government of an English-speaking country will try to get away with, because it can: a militarized attack on the general public, to suppress free political speech.

In other words, something much like what happened to Americans on January 6. That’s when Capitol and Metro police savagely attacked protestors “with explosive devices, chemicals, and rubber bullets,” as Julie Kelly reports, resulting in a dead, unarmed civilian. Of course, the Second Amendment is dead and buried in Washington, D.C., so it might as well be Australian sovereign territory.

Our Founders Saw This Coming

We just need to say this bluntly: Governments with armed populations won’t try this kind of garbage, because at a certain point people can and will shoot back. They will act as our Founding Fathers hoped they would, insisting during the ratification debates of the Bill of Rights that an “armed citizenry” was the last guarantor of freedom. That’s why those with Utopian ideas about the size and purpose of government, who’d weaponize a disease with a 2% death rate to impose a public health dictatorship, want to disarm us. So they can give us the Australian treatment, the January 6 treatment.

And frankly, the Portland and Seattle treatment. You know, where gangs of political militants could take over the streets and terrorize their opponents, disarmed by that same government which won’t protect citizens from violence. Anarcho-Tyranny is just one method of social control, as the Brown Shirts were just one wing of the Nazi movement, alongside biased judges and secret police. But it’s a very effective one, at the early stages of a dictatorship, before it has fully consolidated power or suspended the Constitution. The purge trials and gulags come later, as surely they’ll come.

Look Inside this Mess of Pottage

What’s the spiritual backstory of a society that slips from ordered liberty to Anarcho-Tyranny? How can the grandchildren of men who as allies conquered the Nazis let fascist governments rise to power, almost unchallenged, in their homelands? And most of all: What kind of a human being would give up his guns to the government?

Men and women who have lost faith in God and the afterlife. They might call themselves Christians, and have a vague hope of heaven — though no fear whatever of Hell. But they aren’t really sure about it. Darwinian materialism has sapped their sense that the universe has any order or meaning, beyond random chance and brutal competition.

Such people are easy to manipulate, frighten, anger, and lull to sleep. Tell them that “gun violence” or COVID threatens their lives — their earthly lives, the next few decades of Netflix and Ubereats, after which the whole universe might wink out with their deaths — and they’ll do anything, anything, to cling to bare existence.

They don’t even believe that they have rights worth fighting for, just … stuff they’d like to happen, and other stuff they’d rather didn’t happen. So they’ll vote for the “Good Stuff” party, and try not to think too hard about their own futures, much less their children’s. They’ll live in the moment, like cattle, and prove all too easy for tyrants to herd, castrate, and slaughter.