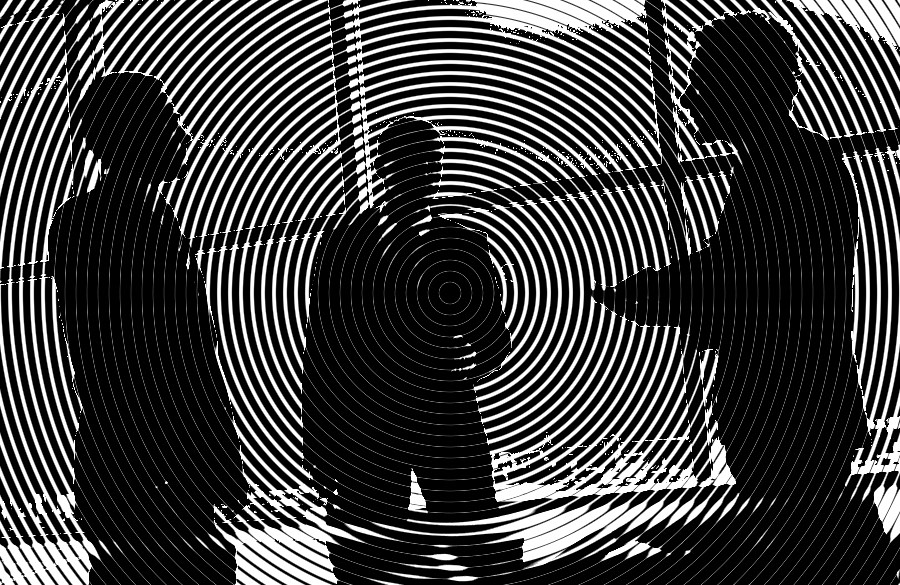 I read Ronald Reagan’s 1986 Independence Day speech again this weekend, and I almost choked when I got to this:

Believe me, if there’s one impression I carry with me after the privilege of holding for 5 1/2 years the office held by Adams and Jefferson and Lincoln, it is this: that the things that unite us — America’s past of which we’re so proud, our hopes and aspirations for the future of the world and this much-loved country — these things far outweigh what little divides us.

“The things that unite us — America’s past of which we’re so proud.” Our past isn’t unifying us so much anymore, is it? Can any true American read that now without grieving what we’ve lost?

It brought an image to mind: four men (not likely any women) sitting around a table, having this conversation:

A Picture of Leftist Strategizing to Destroy Us

Leader: We want to tear this country down into fighting fragments, all at each other’s throats. So let’s strategize. How are we going to do that?

Man 1: It’s gonna be tough. Americans have so much history, so much story, so many shared values uniting them. They’re really proud to be who they are.

Man 2: Yes, we’ve got our work cut out for us. If that’s true, though, we’re going to have to find a weak spot in that story, something we can use to wedge them apart.

Man 3: Well, we all know what that is: Slavery. Racism. “All men are created equal” didn’t actually mean “all men.” It didn’t include women, either.

Man 1: Sure, but where does that get us? Black leaders themselves still insist this is the greatest country ever, with the greatest freedoms.

Man 3: I guess we’ll just have to get America to forget that, won’t we?

Man 2: That’s it, isn’t it? That’s the message we’ve got to persuade the people to believe! None of it was real. Not American freedom, and not American equality, either. It was all a lie.

“We’ll make it succeed the same way falsehoods have succeeded since ages past. We’ll hammer on it until they believe it.”

Leader: Use the standard playbook: attrition and exhaustion. We’ll hammer on it. We’ll tell it over and over again until they believe it. We’ll exaggerate America’s inequalities until no one can see anything but that. Do it right, and we could even have them toppling statues of Washington and Jefferson!

Man 2: Seriously? You’ve got to be kidding. How are we going to pull that off?

Leader: Slowly. Patiently. We’ve got the universities and we’ve got the media. We’ll get there. Just give it time.

They Hammered On It. They Got There.

I don’t know that any such meeting took place. We do know that gay strategists planned decades ago to destroy faith, morality, and family — three other crucial foundations for any great nation. Is it so hard, then, is it, to picture leftist activists plotting to tear us apart like this?

Whether the meeting happened or not doesn’t matter. They accomplished the strategy. Slowly. Patiently. Do you honestly think it just happened? That it wasn’t intentional?

They’ve got people thinking, foolishly, that Jamestown was all about slavery. That Washington and Jefferson were practically slave traders. That the Founders didn’t understand civil rights the way we do today, so therefore they understood nothing nothing about rights whatsoever.

It’s all ridiculous. It’s unbelievable — except they did it. Slowly. Patiently. Hammering on it. Exaggerating the bad, hiding the good. Using the universities and the media, they got there.

We Can Recover Our Past — But Expect It To Take Time

Can we restore the truth? Can we recover some sense of context to our history? That while our Founders were flawed, which we can freely admit, they were still oceans ahead of anyone else at the time? That they didn’t end slavery, but at least they planted seeds that would lead to its end?

I believe we can do that. We can restore the truth of our history. It’s got to be part of our ongoing strategy. That strategy has short-term elements, but this, unfortunately, cannot be one of them. This one we can only expect to accomplish slowly. Patiently. We’ll have to give it time.

Commenters on previous articles in this strategy series have said we don’t have time to do things the slow way. If someone can offer a quicker answer, I’m all ears. We can pray for God to intervene, and I’m all for that. Humanly speaking, though, the slow way is the only way. The opposition controls too much of education and of messaging. We’ll have to work slowly. Patiently. We’ll have to give it time.

And how will we do it even slowly, you ask? This article is part of a series on strategizing against America’s growing madness. I’ll be back with more.

Five Strategic Steps We Must Take to Overcome the Lunacy