Declaration of Independence Denounced as ‘Systemically Racist’ at Evangelical Conference 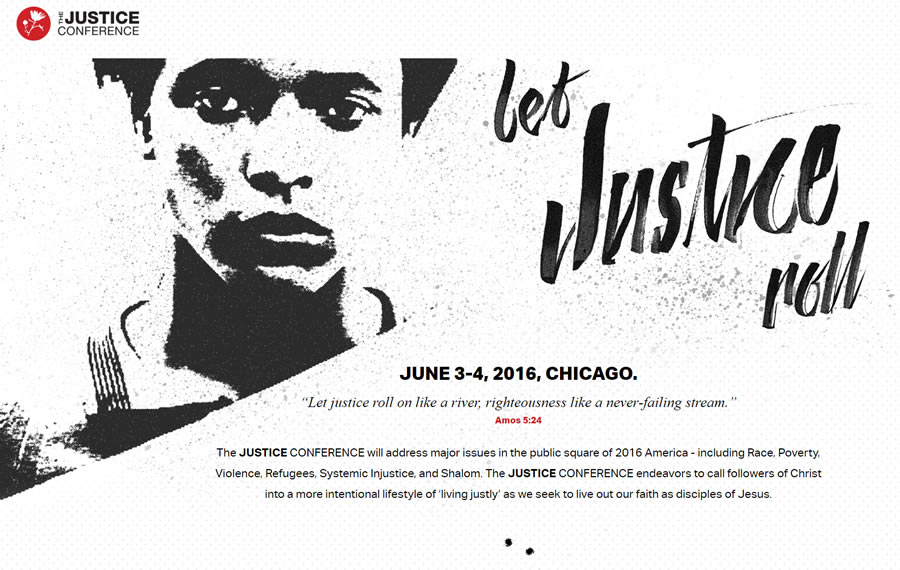 Editor’s note: The Stream published this article on June 5, 2016, but we believe Mr. Tooley’s remarks here on the Declaration of Independence are more relevant than ever, so we’re republishing it today..

Last evening Native American activist Mark Charles, as the opening plenary speaker at the evangelical Justice Conference in Chicago, denounced the Declaration of Independence as “systemically racist.” The Justice Conference tweeted this comment, to which I responded, leading to other retweets, and resulting in deletion of the original tweet, presumably to avoid further controversy. Charles apparently also denounced the Constitution as racist and told his audience: “Everything you own is stolen.”

According to my colleague Chelsen Vicari, who’s attending the Justice Conference, the crowd of mostly young evangelicals liked Charles’ comments, and subsequent speakers approvingly referenced them. Mark Reddy, the event’s executive director, spoke after Charles to encourage everyone to “sit in it,” be uncomfortable and “not allow yourselves to get offended” by what we heard.

Well, I’m offended, and anyone of any religion who cares about history, human rights and the uplift of humanity should be too. The Justice Conference is sponsored by World Relief, the global humanitarian arm of National Association of Evangelicals. Charles is an increasingly popular speaker at events for mostly white, upper middle class, highly educated urban evangelicals who evidently feel empowered and sophisticated by Charles’ guilt trip.

If Charles wants to provide a scholarly overview of centuries of injustices against American Indians, he could thoughtfully do so without smugly denouncing the whole American project as a wicked sham. The Declaration of Independence and its historically revolutionary affirmation of human equality have uplifted and inspired hundreds of millions of people globally of all races and ethnicities. Indeed, thanks a great deal to the Declaration and its startling claim, there are few regimes or ideologies today in the world that don’t at least pay insincere lip service to human equality. That claim is rooted in the ethical system and anthropology of Judaism and Christianity, asserting that all humans are of equal value before God, and that all societies seeking justice will recognize legal equality for all people.

There are many thousands of human rights advocates who have been persecuted, jailed, tortured and killed, across decades and around the world, continuing even today, because of their direct fidelity to the Declaration and its ideals. Heroic dissidents in Cuba, China, Vietnam, Sudan, or countless other places, would decidedly not share Charles’ disdain for America’s founding document. Nor did human rights crusaders like Frederick Douglas, Martin Luther King, Nelson Mandela or Mother Teresa.

As an escaped slave and fearless abolitionist, here’s what Douglas said:

I have said that the Declaration of Independence is the ring-bolt to the chain of your nation’s destiny; so, indeed, I regard it. The principles contained in that instrument are saving principles. Stand by those principles, be true to them on all occasions, in all places, against all foes, and at whatever cost.

Here’s MLK in his “I Have a Dream” speech:

When the architects of our republic wrote the magnificent words of the Constitution and the Declaration of Independence, they were signing a promissory note to which every American was to fall heir. This note was a promise that all men, yes, black men as well as white men, would be guaranteed the unalienable rights of life, liberty, and the pursuit of happiness.

The high point of his peroration quoted the Declaration:

I have a dream that one day this nation will rise up and live out the true meaning of its creed: “We hold these truths to be self-evident: that all men are created equal.”

And here’s Mother Teresa, the saintly nun who devoted her life to the most wretched poor and sick of Calcutta:

In another sense, no one in the world who prizes liberty and human rights can feel anything but a strong kinship with America. Yours is the one great nation in all of history that was founded on the precept of equal rights and respect for all humankind, for the poorest and weakest of us as well as the richest and strongest. As your Declaration of Independence put it, in words that have never lost their power to stir the heart: “We hold these truths to be self evident: that all men are created equal; that they are endowed by their creator with certain inalienable rights; that among these are life, liberty, and the pursuit of happiness…” A nation founded on these principles holds a sacred trust: to stand as an example to the rest of the world, to climb ever higher in its practical realization of the ideals of human dignity, brotherhood, and mutual respect. Your constant efforts in fulfillment of that mission, far more that your size or your wealth or your military might, have made America an inspiration to all mankind.

One of the highlights of my visit is to stand here, before Independence Hall, the birthplace of the United States of America. It was here that the freedoms which define this country were first proclaimed. The Declaration of Independence stated that all men and women are created equal, that they are endowed by their Creator with certain inalienable rights, and that governments exist to protect and defend those rights. Those ringing words continue to inspire us today, even as they have inspired peoples throughout the world to fight for the freedom to live in accordance with their dignity.

The writers of the Declaration of Independence were, like all of us, sinners and hypocrites. They didn’t fully live up to their own ideals, and neither does anyone. But their courage and insight, likely far superior to anybody among us alive today, enriched all humanity.

Charles challenges the Declaration’s brief reference to “merciless savages” whom the Americans complained the British crown supported in alliance against the colonies. How does Charles propose to describe the 18th century style of Indian warfare that unashamedly kidnapped, tortured and mutilated men, women and children indiscriminately, comparable to if not worse than ISIS today? My own Scots-Irish ancestors, having escaped hardships in Belfast, and living on the Virginia frontier in the 1700s, were attacked one day by warriors from distant Ohio. He was left for dead, she was kidnapped with her baby, her eye knocked out by one warrior, her crying baby repeatedly threatened with death. Mother and child were captive in Ohio until rescued months later. They got off easy compared to many others.

The Justice Conference is devoted especially to advocating for immigrants. The main victims of Indian attacks in the 1700s weren’t the established rich on the east coast but working class recent immigrant families like my ancestors who couldn’t afford to live in safer lands. Charles could correctly critique savagery in European and American warfare, but he should not minimize Indian savagery. The pagan tribes, like pagan cultures everywhere, from which we all ultimately descend, had their own rough ideas of honor and justice that are rightly abhorrent to nearly everyone today. Values descending from the Ten Commandments and Sermon on the Mount, as expressed in the Declaration’s assertion of human equality, however unevenly upheld, should seem infinitely preferable, especially at evangelical conferences.

As to Charles’ dark claim that “Everything you own is stolen,” alas, it is true everywhere among fallen humanity in some sense, and was true in America long before Europeans arrived. When the first English came to Virginia, the Powhatan Confederacy, founded by the great chief who was father to Pocahontas, had conquered, dispossessed and wiped out dozens of competing tribes while establishing his own vast empire. Even more than Europe at the time, pre-European America was a churning cauldron of tribal warfare, shifting alliances, conquests, genocides and constantly fluid boundaries. Today’s America, where millions from many races and ethnicities, constantly joined by arriving new immigrants, live in relative peace and equality, seems vastly preferable to the supposed Arcadia of ancient, constant tribal warfare.

If a Mark Charles of the early 1600s had sought to critique the conquests and rapaciousness of the Powhatan Confederacy, perhaps on a religious speaking circuit across the Virginia tidewater, the old Chief likely would have impatiently had obliging warriors bash the dissident’s head against a rock. Mercifully, thanks to the Declaration and Constitution, every American can speak his or her mind freely, whether wisely or not, to any receptive audience.

But I hope Mark Charles and his various evangelical hosts will consider a broader, less myopic perspective. It should be based not on the fashionable, reflexively anti-Western biases of secular academia, so rich in grievance, but instead on a realistic and generous Christian understanding that all humanity is sinful, with honesty about all our depravities, every culture’s, past and present. And it should also be grateful for our countless, incomparable blessings of today, with appreciation, not just contempt, for past generations who, by divine grace, helped make today possible.

What ‘Created Equal’ Means, and Why Not Knowing Leaves Us In Such a Mess