Joe Biden, President of the United States by the Sovereign Will of God 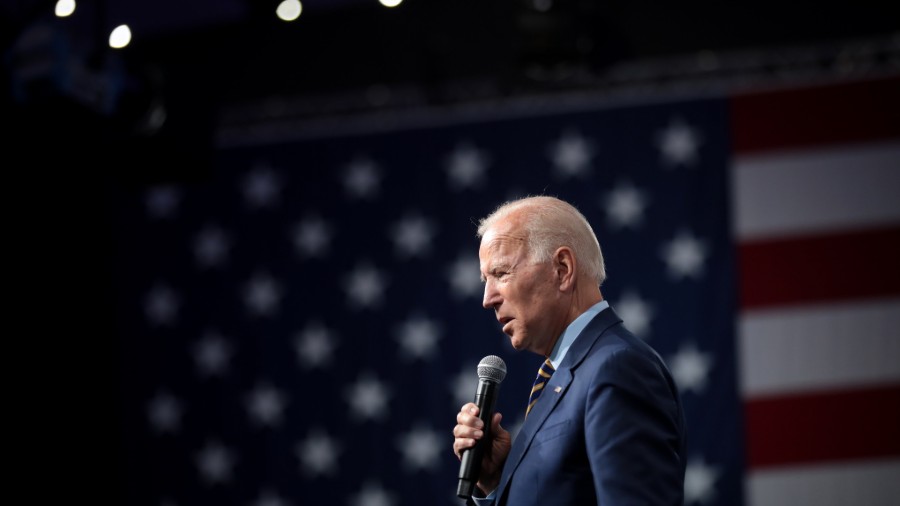 On November 9, 2016, I wrote an article titled, “Donald Trump, President of the United States by the Sovereign Intervention of God.” I wrote, “I believe Trump has been elected president by divine intervention.” I can now say the same thing about Joe Biden. It is hard to explain him being president without intervention from above, be it as an act of divine blessing or an act of divine judgment.

There are some people, of course, who believe that everything happens by the will of God, which means that whoever wins the presidency wins by God’s express will.

Yet, as I suggested four years ago, “there are times when there are so many odds against something happening, when it so greatly defies logic, that it is easier to recognize God’s involvement.”

Simply stated, without the unique events of 2020, it is very unlikely that Joe Biden would be president today. And that’s why I say that Joe Biden is President of the United Stated by the sovereign will of God.

Things Looked Good for Trump at the Start of 2020

Just think back to the beginning of 2020. It looked as if President Trump would cruise to a victory over whichever Democratic candidate came forward.

He survived the attempt to remove him from office after being impeached, probably strengthening his base in the process. The economy was humming. We were not caught up in any international or even national crises (other than the political divide). Things were looking good.

Pray that, no matter what happens, Jesus would be glorified and His kingdom advanced on the earth.

Then the pandemic came, crippling the economy and shaking the nation with thousands of deaths and endless lockdowns.

Then there was the death of George Floyd, followed by protests and riots across the country and national tensions rising again. And to the extent the left could paint Trump as a white racist, to that extent he was painted as a big part of the problem. “We must get rid of this evil man!”

As for the rise of Biden, before the South Carolina primaries, he looked dead in the water. AP News even ran a headline February 11, 2020, stating, “Joe Biden looks to South Carolina to resurrect his campaign.”

Then, quite out of the blue, Biden was back in the race, then the frontrunner, then the winner. It’s almost as if someone in his party pushed a button and said, “Bernie Sanders is too radical, so we’ll have to switch things around.” And it was done.

Many Prayed for Voter Fraud to be Revealed, and God Didn’t Provide the Desired Outcome

For argument’s sake, though, let’s just say that massive voter fraud did take place. How could I possibly point to divine sovereignty if Biden was fraudulently elected? Wouldn’t this make God complicit in fraud?

Actually, in my view, that’s one of the things that would argue in favor of divine action rather than against it. In other words, if the only way Biden could be elected was by massive fraud and yet God did not cause the fraud to be revealed in a categorical and undeniable way, then He chose to allow it to happen.

The obvious retort is, “But all kinds of terrible, evil things happen every day, including child abuse and rape and murder and torture. Unless you’re a staunch Calvinist who somehow believes God ordains all this, you would simply have to say that the Lord allows evil things to take place because He has given us free will. In the same say, He allowed the election to be stolen just like He allowed the Holocaust and other evil things to happen.”

But that’s where I differ, for at least two reasons.

First, there was unprecedented prayer for the election, beginning months before November 3 and continuing right until Biden’s inauguration. Surely, if massive fraud was actually there, it would have been easy for God to expose it in a clear and timely way. Yet if the election was, in fact, stolen, no smoking gun ever came to light, despite the massive amount of prayer. (Of course, others would simply say there was no fraud and therefore nothing to expose.)

Second, if God had indeed chosen Trump for specific divine purposes for America, with all the prayer and fasting for this election, and with his base so mobilized, there’s no way he could have been stopped from serving his second term. Certainly the devil is not so powerful as to thwart the Lord’s express will when He sets His mind to act.

That’s why I attribute Joe Biden’s election to divine sovereignty.

What Could be God’s Purpose in Biden’s Presidency?

But that doesn’t mean his presidency will bring blessing to our nation. To the contrary, it could bring judgment.

It could bring a loss of freedoms (not necessarily because that is his personal agenda but rather because of the larger trajectory of the Democratic Party and the radical left). It could more deeply enshrine Roe v. Wade and make transgender rights the new Civil Rights issue of our day.

A Biden presidency could hurt our economy. Or open the doors to a flood of illegal immigrants. Or allow for the packing of the Supreme Court or the abolishing of the Electoral College or the rise of socialism.

It could threaten Israel’s security and undermine persecuted minorities in other parts of the world.

Or none of those things could happen and Joe Biden (and even Kamala Harris) could operate under divine restraint, with things shifting back politically in the 2022 and 2024 elections. Or they could experience radical spiritual conversions and point the nation to righteousness.

Then again, even if the radical left pushed America in a very bad direction, that could be the very thing that could bring revival to the church and then awakening to the society.

None of this is set in stone.

How We Can Pray for Biden and Harris

The day Trump was elected, I wrote, “If Trump, indeed, is a divine wrecking ball, then he could do as much harm as good, and to the extent that he is appealing to the fears and frustrations and anger of a nation, he is channeling some potentially dangerous emotions.”

Those were some of the dangerous emotions that erupted in D.C. on January 6th.

I added, “if Trump indeed is president by divine intervention, we should pray for divine restraint on his life as well, lest this divine wrecking ball wreak havoc on the nation while tearing down what is wrong. May he be a divinely guided wrecking ball!”

How much more, then, should we also pray for divine restraint for Joe Biden and Kamala Harris?

I would encourage you, then to:

To conclude, let us step back and worship God. Let us seek God earnestly and daily. And let us act as His agents in this world without fear or compromise. The times are critical, indeed.