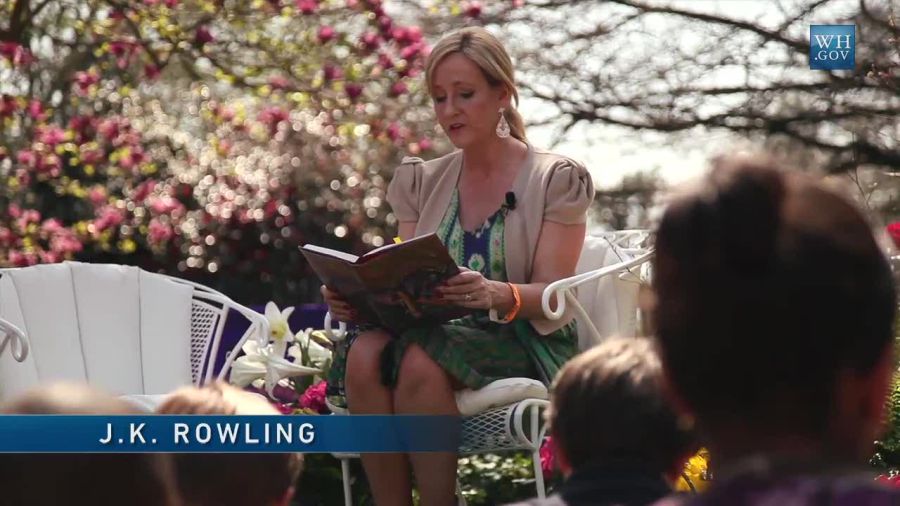 This has been quite a ten-day stretch for transgender activism. It began with one of the world’s bestselling authors, J.K. Rowling, coming under attack for stating that only women menstruate (how dare she!). It ended with the Supreme Court including sexual orientation and gender identity under the category of “sex.” In the middle, several Harry Potter stars weighed in on the side of trans-activism.

It began on June 6 on Twitter when Rowling responded to an op-ed which referenced “people who menstruate.”

She tweeted, “‘People who menstruate.’ I’m sure there used to be a word for those people. Someone help me out. Wumben? Wimpund? Woomud?”

In response to the swirl of condemnation she received, rather than backing down, on June 10 she published a 3,600 word essay explaining her thinking.

Of her 5 reasons for taking a public stand, one involved the idea that only a female is a woman (what a concept!). Living in a misogynistic world, this was an important issue for her.

She wrote, “I’ve read all the arguments about femaleness not residing in the sexed body, and the assertions that biological women don’t have common experiences, and I find them, too, deeply misogynistic and regressive.”

Indeed, she wrote, “It isn’t enough for women to be trans allies. Women must accept and admit that there is no material difference between trans women and themselves.”

In short, “If sex isn’t real, the lived reality of women globally is erased. I know and love trans people, but erasing the concept of sex removes the ability of many to meaningfully discuss their lives. It isn’t hate to speak the truth.”

Not surprisingly, a number of the major Harry Potter movie stars were not happy with Rowling.

Daniel Radcliffe (who played Harry Potter) wrote (in part), “Transgender women are women. Any statement to the contrary erases the identity and dignity of transgender people and goes against all advice given by professional health care associations who have far more expertise on this subject matter than either Jo (Rowling) or I.”

Among others joining in from the Potter cast was co-star Rupert Grint, who said, “I firmly stand with the trans community and echo the sentiments expressed by many of my peers. Trans women are women. Trans men are men. We should all be entitled to live with love and without judgment.”

For Radcliffe, Grint and others, this was a matter of compassion. Of understanding. Of enlightenment. It is high time, they would say, to move beyond the bigoted, hurtful, small-minded views of the past. After all, we’re well into the 20th century now.

But all the compassion in the world doesn’t change reality. It would be worth asking some of these trans-allied stars some simple questions, including: “How, exactly do you define the terms men and women? What, after all, is a man or a woman? What constitutes being male or female? If it is not biological, then is it a state of mind? What, then, of a biological male who loves female things but still identifies as male? Is he a man? And if biology is not determinative, why does biology-altering surgery now change someone’s sex?”

These are logical questions, but when it comes to trans-activism, logic is not necessarily the biggest factor. That’s because many trans-activists and allies are thinking more with their hearts, which I don’t mean in an insulting way. They have a friend or relative who identifies as trans. This person speaks of the terrible struggles they had until they transitioned, and now they are finally at peace. Why shouldn’t we support them?

That is an emotional line of reasoning, and for many it is compelling.

SCOTUS Passes Into the Alternate Reality

But it shouldn’t be compelling for the Supreme Court of the United States, which surprisingly voted 6-3 in favor of including “sexual orientation” and “gender identity” within the concept of “sex” in Title VII. (Passed as part of the Civil Rights Act of 1964, “Title VII prohibits employment discrimination based on race, color, religion, sex and national origin.”)

In one of the three cases included in the court’s current ruling, the justices ruled against a funeral parlor that dismissed a male funeral director who wished to transition to the opposite sex.

As explained by the ADF, “Harris Funeral Homes [the employer] has professional conduct and dress codes to ensure that the grieving families it serves can focus on healing and not on the funeral home or its employees. Such policies are not unusual. In fact, they are consistent with industry standard. Not to mention that federal law allows such policies.”

So, Harris Funeral Homes thought it would be a distraction for grieving families if they were served by a male funeral director who was now dressing as and identifying as a woman. As a result, the employee and the funeral home parted ways.

As Justice Samuel Alito responded in his blistering dissenting opinion, “Neither ‘sexual orientation,’ nor ‘gender identity’ appear on the list of five specified grounds for discrimination in Title VII, and the majority’s ‘argument is not only arrogant, it is wrong,’ he wrote.  The terms ‘sex,’ ‘sexual orientation,’ and ‘gender identity’ are ‘different concepts,’ and neither of the two latter terms are ‘tied to either of the biological sexes.’” (See further the succinct analysis of Hans Von Spokovski and Ryan T. Anderson.)

So, what SCOTUS did on June 15 was not an interpretation of a written law. It was the making of a new law. As Spokovski and Anderson asked, “Why bother trying to pass the proposed Equality Act when you can get the justices to make law for you?”

And in terms of the Harris Funeral Homes, how were they guilty of an act of “discrimination based on race, color, religion, sex and national origin”? (The other two cases grouped together by SCOTUS involved gays who were fired because of the sexual orientation. This, too, is now included under “sex.”)

It is little consolation that the ruling may not affect religious institutions. (See here and here.) That’s because: 1) there could be plenty more Harris Funeral Homes in the future. And 2) SCOTUS has just redefined reality, without a stitch of biological or genetic evidence to back their claim.

It’s one thing when Harry Potter stars make such determinations. It’s another thing entirely when the Supreme Court does.