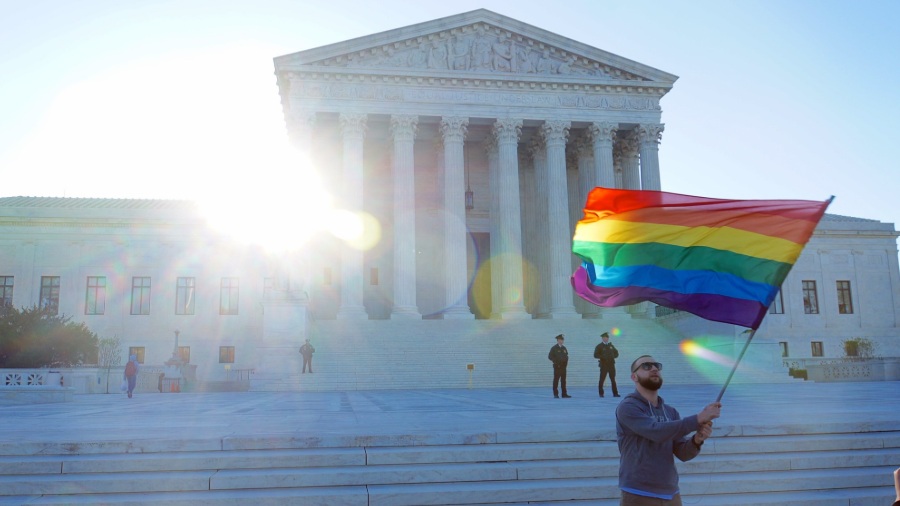 In what dissenting Justice Samuel Alito called one of the most “brazen abuse[s]” of the Supreme Court’s authority, a six-member majority of the court led by Justice Neil Gorsuch has rewritten Title VII of the Civil Rights Act of 1964 to include sexual orientation and gender identity in the definition of “sex.”

Why bother trying to pass the proposed Equality Act when you can get the justices to make law for you?

Title VII prohibits an employer from failing or refusing “to hire or to discharge any individual, or otherwise to discriminate against any individual … because of such individual’s race, color, religion, sex, or national origin.”

Gorsuch — joined by the four liberal justices, along with Chief Justice John Roberts — decided that employment decisions that take any account of an employee’s sexual orientation or gender identity necessarily entail discrimination based on sex in violation of Title VII.

In Bostock v. Clayton County, Georgia, which was combined with two other cases, Gorsuch wrote that the straightforward application of the terms in Title VII, according to their ordinary public meaning at the time of its enactment, means that an employer violates the law when it intentionally fires an individual based in part on sex.

In a logical and legal leap, Gorsuch then argued that includes sexual orientation and gender identity, since those concepts are related to sex.

Thus, Gorsuch reasoned, it means the employer is treating individuals differently because of their sex. An employer cannot escape liability by showing that it treats men and women comparably as groups. The employer has violated the law even if it subjects all male and female homosexual and transgender employees to the same treatment.

Gorsuch dismissed as irrelevant the historical fact that none of the legislators who passed the Civil Rights Act in 1964 would have ever expected or contemplated that Title VII’s ban on employment discrimination on the basis of sex would apply to a man hired by a funeral home who then told his new employer, the R.G. & G.R. Harris Funeral Home, that he planned to “live and work full-time as a woman.”

That was one of the three cases before the court. That provision of the 1964 law was intended to stop the blatant employment discrimination rampant against women at that time.

That’s the Job of Congress

The majority opinion by Gorsuch upending more than five decades of prior precedents was only 33 pages long. Alito, joined by Justice Clarence Thomas, filed a blistering dissent in which he said that “there is only one word for what the Court has done today: legislation.” He pointed out that the majority’s claim that it is “merely enforcing the terms of the statute” is “preposterous.”

The majority tries to “pass off its decision” as just an application of the term “sex” in Title VII, claiming it is applying the textualism championed by the late Justice Antonin Scalia. But according to Alito, that claim and the majority’s opinion “is like a pirate ship.” He added:

It sails under a textualist flag, but what it actually represents is a theory of statutory interpretation that Justice Scalia excoriated — the theory that courts should ‘update’ old statutes so that they better reflect the current values of society.

Alito said that the majority’s “arrogance” is “breathtaking,” since “there is not a shred of evidence that any Member of Congress interpreted the statutory text that way when Title VII was enacted.”

Neither “sexual orientation,” nor “gender identity” appear on the list of five specified grounds for discrimination in Title VII, and the majority’s “argument is not only arrogant, it is wrong,” he wrote.  The terms “sex,” “sexual orientation,” and “gender identity” are “different concepts,” and neither of the two latter terms are “tied to either of the biological sexes.”

Alito is, of course, entirely correct, as one of us pointed out in a recent article in the Harvard Journal of Law and Public Policy.

And, of course, Congress knew that “sex” didn’t include “sexual orientation” and “gender identity.” Alito recalled that there have been numerous bills introduced in Congress over the past 45 years to amend the law and add those terms, but they all failed.

The majority is “usurping the constitutional authority of the other branches” of government and has taken the latest congressional bill on this topic and “issued it under the guise of statutory interpretation.”

Justice Brett Kavanaugh also filed a dissenting opinion, in which he wrote that “this case boils down to one fundamental question:  Who decides?”

The issue is whether Title VII “should be expanded to prohibit discrimination because of sexual orientation,” he wrote, adding that responsibility “belongs to Congress and the President in the legislative process, not to this Court.”

Kavanaugh lauded the “extraordinary vision, tenacity, and grit” of the gay and lesbian community for working “hard for many decades to achieve equal treatment in fact and in law.”  But, he added, under separation of powers, “it was Congress’s role, not this Court’s, to amend Title VII.”

Alito made it clear that the “updating desire to which the Court succumbs no doubt rises from humane and generous impulses.” But the “authority of this Court is limited to saying what the law is.”

In their dissents, Alito, Thomas, and Kavanaugh got it right, and the majority got it wrong. The word “sex”’ — still today as when Congress passed the Civil Rights Act in 1964 — refers to our biological reality as male or female. It doesn’t refer to our sexual orientations or malleable gender identities as some see it.

If those terms were contained within Title VII, there would have been no need for Congress to repeatedly try to amend the law to add sexual orientation and gender identity as protected classes.

In an act of judicial activism, a majority of the Supreme Court has simply legislated from the bench and amended the statute itself.

Congress has not legislated such an outcome, and it was wrong for the court to usurp lawmakers’ authority by imposing such an extreme policy on our nation without the consent of the governed.

Hans von Spakovsky is an authority on a wide range of issues — including civil rights, civil justice, the First Amendment, immigration, the rule of law and government reform — as a senior legal fellow in The Heritage Foundation’s Edwin Meese III Center for Legal and Judicial Studies and manager of the think tank’s Election Law Reform Initiative.

Ryan T. Anderson, Ph.D., is the William E. Simon Senior Research Fellow in American Principles and Public Policy at The Heritage Foundation, where he researches and writes about marriage, bioethics, religious liberty and political philosophy. Anderson is the author of several books and his research has been cited by two U.S. Supreme Court justices in two separate cases.