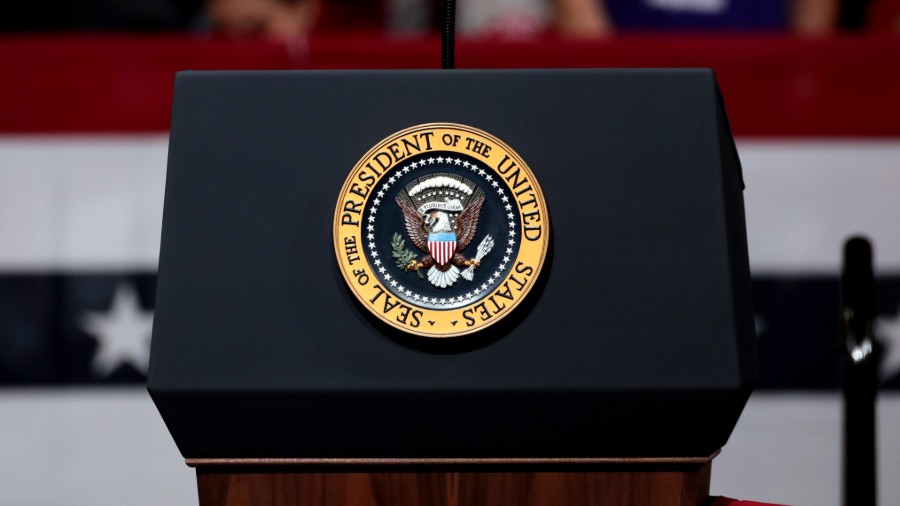 It’s one thing when the leftwing media bashes Donald Trump, seeing him as a menace. But how should we respond when 30 evangelicals write a book titled, The Spiritual Danger of Donald Trump: 30 Evangelical Christians on Justice, Truth, and Moral Integrity?

While working on my new book Evangelicals at the Crossroads: Will We Pass the Trump Test?, I familiarized myself with some of the most important, bestselling anti-Trump books. These include:

There was even The Dangerous Case of Donald Trump: 37 Psychiatrists and Mental Health Experts Assess a President. It was yet another New York Times bestseller.

I also devoted a chapter to Christianity Today’s call for Trump to be removed from office, written by senior editor Mark Galli. I had chapters to two other major Christian calls for Trump’s removal, including one from the Bonhoeffer society.

So I am quite familiar with the arguments against Trump’s fitness for office, including concerns raised by evangelical Christians.

What’s Unique About This Book?

For the first time, though, a whole book has been compiled by evangelical Christians raising grave concerns about Trump.

The authors include respected professors, psychologists, psychiatrists, philosophers, historians, songwriters, lawyers, theologians, missions leaders and pastors, many of them highly respected in their fields. And while some of the authors are known for their left-leaning positions, it would be an error to dismiss them all out of hand.

The book is divided into three parts: 1) On Trump; 2) On Evangelical Support of Trump; and 3) On Theological, Historical, and Constitutional Issues Regarding Trump.

Authors like Prof. Stephen Haynes, a Bonhoeffer expert, argue that the evangelical embrace of Trump is similar to the Nazi embrace of Hitler.

Prof. George Yancey makes clear that he understands evangelical concerns about Trump fighting for our religious freedoms. But he writes, “Trump cannot fix what troubles Christians because at best, even if he is competent, he can only offer a political solution. The issue is the culture. What Trump can do is make the situation worse by turning the culture against us further.”

To be sure, to the extent we have looked to Trump as some kind of savior or defended him at every turn, we have tarnished our witness.

Psychologist Chris Thurman argues that Trump is a pathological liar (and more).

Napp Nazzworth, former editor with the Christian Post who holds a Ph.D. in political science, penned a chapter titled, “Race-Baiter, Misogynist, and Fool.” He argued, “What makes Trump particularly dangerous for evangelicals was the manner in which he campaigned for our vote. He promised to be our protector and to make us successful by filling our pews. Trump’s promises to evangelicals was similar to Satan’s offer to Jesus.”

Ronald Sider, an influential evangelical author who edited the collection, contributed an article critical of the president’s handling of COVID-19, while other authors critiqued Trump’s pride, the reproach he has brought to Christianity, and his immigration policies as compared to Scripture, just to give a sampling.

All of which leads us back to a simple question: Is Donald Trump a spiritual danger?

The simple answer is: 1) Only if we put our trust in him rather than in the Lord (see my recent article, “Christ, Not Trump, is the Solid Rock on Which We Stand”). 2) Only if we defend him when he is indefensible. 3) And only if we are known more as Trump supporters than as followers of Jesus.

Otherwise, I do not believe he is a spiritual danger, either to the nation or to the Church.

After all, with the constant concerns we have heard about his alleged instability for the last four years, has he provoked an international war? Did his relocation of our embassy in Israel to Jerusalem spark a massive response in the Muslim world? Did he start a nuclear battle with North Korea?

As for the predicted mental breakdowns, they have not happened yet. (If you want to brand him “crazy,” then he’s as “crazy” today as the day he was elected.)

As for him asserting dictatorial powers over the nation, he has done no such thing, even during the current pandemic.

To be sure, to the extent we have looked to Trump as some kind of savior or defended him at every turn, we have tarnished our witness. That, to me, is undeniable and something we must correct.

On the other hand, evangelical leaders have not sided with Trump in a cult-like, blindly loyal manner. Just think of the backlash he received from leaders like Pat Robertson and Franklin Graham when he pulled our troops out of Syria, thereby endangering our Kurdish allies. The warning from some of these evangelical leaders was quite intense.

That’s why I am fully convinced that, should Trump abandon the values of his evangelical base, we would not stand with him. We are not part of his cult.

As we keep the cross before the flag and are even-handed in our evaluation of the president, showing our support when deserved and making known our displeasure when merited, he will not be a spiritual danger to us.

To be sure, some of the authors in the Spiritual Danger book are more nuanced in their critiques of Trump. I do believe there’s much we can learn from some of their writings. It would be a mistake to write all of them off or dismiss them entirely. Evangelical support for Trump is a complicated issue, which is the whole reason I wrote Evangelicals at the Crossroads.

But in the end, as long as we keep the cross before the flag and are even-handed in our evaluation of the president, showing our support when deserved and making known our displeasure when merited, he will not be a spiritual danger to us.

And come November, should the choice be between a vote for Donald Trump, Joe Biden, or an unelectable third-party candidate, for many of us, that will be an easy choice to make.