We must learn that the Left is fundamentally lawless and illegitimate. 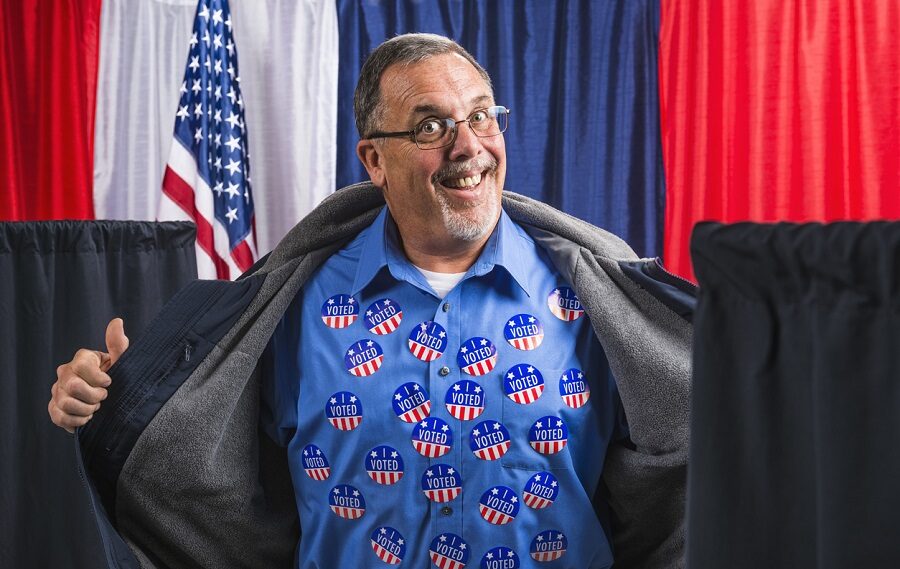 I know that many of you are shocked and mortified by charges that a conspiracy of Democrats tried to steal the presidential election. If true, it’s certainly sobering. But it shouldn’t be surprising. All across our country, Democrats have viciously abused their public offices in crucial ways through the past four years. In 2020, they escalated, of course. Their flouting of legal norms and flaunting of raw power then exposed them as embracing Anarcho-Tyranny. From 2016-19 the Left:

Let’s move on to 2020. In the past year, Democrats have added a whole new catalog of crimes against the Republic. In various states and offices they have:

After all this, when Democrats conducted a dodgy election, where Joe Biden came from behind in the middle of the night with sudden, massive vote spikes in just a few strategic states, they expected us to swallow it. Maybe they thought we were sufficiently beaten down, hammered into the learned helplessness of Venezuelans or Cubans.

The Democrats spent four years pretending that Trump stole his office. We’d have to spend four more knowing that Biden did.

They were wrong. Even with TV networks and major newspapers censoring the proof of Joe Biden’s corruption before the vote, and then the evidence of Democrat vote fraud after it, and social media trying to silence half the country, we haven’t caved. There’s more grit left in Americans than our “masters” suspected. Fox News is losing millions every week since it decided to turn on its viewers. Little newspapers like The Epoch Times, and scrappy networks like One America News and Newsmax, are surging. Americans don’t take too well to the rolled-up newspaper swung across the snout. We don’t cringe and quiver. Instead, we bite.

Sure, there are tame “conservative” writers and outlets reprimanding us. National Review is desperate, for some reason, to stop us from asking probing questions about the 2020 race. It joined the lynch mob that tried to humiliate and discredit Rudolph Giuliani, Jenna Ellis, Sidney Powell, and Lin Wood. But then its top editors were also among the first to go after Nicholas Sandmann, based on 30 seconds of doctored CNN footage. I never expected much better.

I think the folks at NR never accepted the Trumpian turn in our politics. They were relieved that Donald Trump “lost,” and happy to get back to playing for the Washington Generals — whose job it is to go out against the Globetrotters and lose gracefully, every time.

What If We Prove the Steal But That Doesn’t Stop It?

But what if? What if we prove to our own satisfaction that this election was stolen, but courts disregard the proof? What if judges and hack election officials drag the process out, till it’s too late to get real electors in crucial states? Then the Constitutional thing to do will be to inaugurate Joe Biden, even though he’s trailing behind him stuffed ballot boxes, and Dominion’s hacked thumb drives keep falling out of his pockets. What would that do to the country?

God can bring good from that evil. It would teach the half of America that voted for Donald Trump to radically distrust their government. As we should have been doing for a long, long time. The Democrats spent four years pretending that Trump stole his office. We’d have to spend four more knowing that Biden did. His name would go into the history books with an asterisk beside it. Any GOP senators worth whizzing on if they caught fire would fight Biden tooth and nail. We should replicate, gesture for gesture, the sabotage and “resistance” the Democrats showed Trump, without any good reason except that they disagreed with his voters.

I hope we don’t have to go through that. Biden would do a lot of damage, even if we manage to hold onto the Senate via two crucial runoff races in Georgia. (By the way, will that state conduct them using the same crooked software and lax security that marked the presidential race? Only our insistence on fighting the Steal will stop that.)

The Left: Illegitimate and Lawless Since 1973

On the positive side, conservatives would be forced to face the facts: The left has been operating and governing illegitimately for decades. The most important example is abortion. Every honest legal scholar, left and right, knows that Roe v. Wade was decided dishonestly. There is no right of bodily privacy in the Constitution which grants mothers the right to kill their offspring.

The only way the left has kept on pretending otherwise has been by savaging Supreme Court appointees like Clarence Thomas and Brett Kavanaugh. And by appointing biased activists like Ruth Bader Ginsburg. Now if they take the Senate, the Democrats promise to pack the court with six, eight, or ten new biased activists. That shows you how much they care about legitimacy or the law.

The Supreme Court’s gay marriage decision, and its recent decision pretending that the 1965 Civil Rights Act was meant to protect transgender rights, are equally clear examples. For the sake of peace, we have gone along and pretended that these decisions, while incorrect, were “legitimate.” The left cheated fair and square. They get to do that. But we don’t. We don’t even get to complain, without the hall monitors on “the right” shushing us, because we embarrass them.

Unjust Laws Are No Laws at All

Accepting any of that was a mistake. The next Republican president should treat illegitimate Supreme Court decisions, which flout the Constitution, with the same contempt that Lincoln showed for the Dredd Scott decision. He openly said he would do all he could to undermine that decision, and so he did. And so must we, at least on abortion, an issue of life and death.

If we do see the White House stolen, we need to make it clear that we submit to this regime under protest, only as the alternative to a destructive civil war. We do not accept these leaders. We will flout unjust laws and try to frustrate evil policies, stopping only short of violence. Like the Maccabees, will not cooperate and will not comply. Illegitimate politics based on fraud, raw power, and censorship are un-American and evil. We will resist, and with God’s help, we will prevail.

What Will Happen If the Democrats Pack the Supreme Court