If We Ever Get Power Again, We Need to Hold Nuremburg Trials. Then Let the Healing Begin 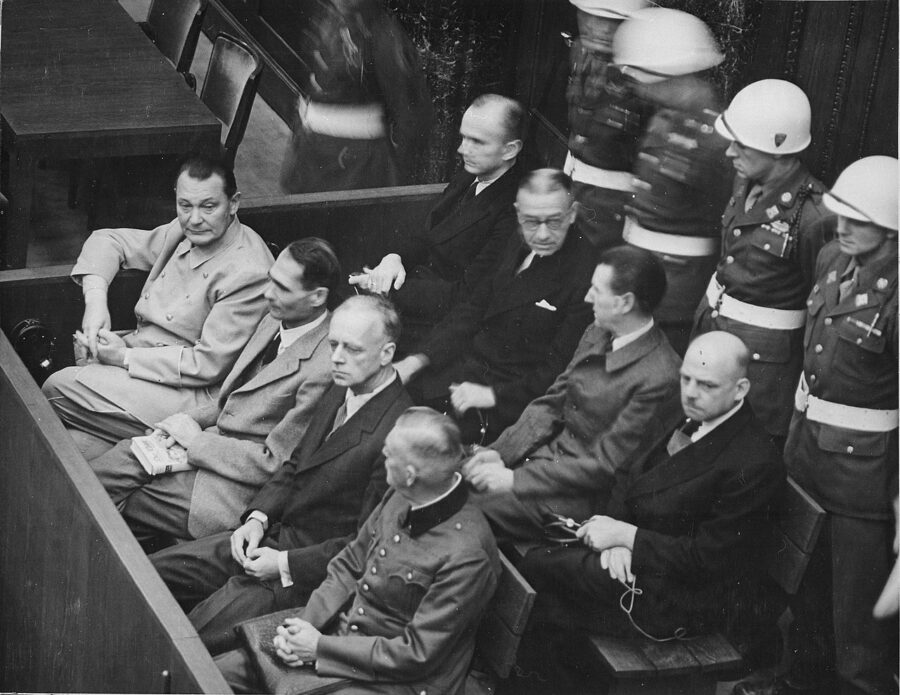 I’m trying to manage my expectations of the upcoming midterm elections. If you asked me what I think the most likely outcome tomorrow, I’d say the following:

But call me a sunny optimist. Because if the Democrats were to reveal their final intentions that obviously, the average American might do something wild and rebellious, before it’s too late.

Okay, I’m kidding, kind of. I don’t put such actions past the American left, mind you. These people don’t believe that human life is sacred, that objective morality is real, or that conservatives and Christians are people. Not fully, in the sense that we actually matter, the way abortionists, illegals, violent felons, tech gurus, Yalies and celebrities have lives that matter. We’re like Neanderthals, an obsolete rival species that needs to disappear.

Our enemies have made that much clear. Your life and mine mean no more than Ashli Babbitt’s, Jake Gardner’s, or those of the victims of the Waukesha Christmas Parade massacre. Leftist riots are “mostly peaceful” no matter how much death and destruction they cause, while right-wing protests are by definition “insurrections” that deserve to be crushed by the iron fist.

And they’ll crack down the moment they think they can get away with it. The left has no other choice. It has piled up crimes against humanity and the country so serious that Progressives know they’d face financial ruin, hard jail time, and permanent disgrace should a Reckoning ever occur. Their choices are Power or Prison. So expect the Left to cling bitterly to Power “by any means necessary,” and not to leave their bunker peacefully, no matter what voters say.

What If We Vote the Zombies Out?

Let’s say it happens, though. Let’s say that the Former Joe Biden’s senile bungling hands Republicans too many votes for the Democrats to plausibly steal this election. That exasperated voters rebel against the fetid choices offered them by the left, bloodstained tyrants like Gretchen Whitmer, vapid ditzes like Kathy Hochul, or shambling undead zombies like John Fetterman.

That timid souls in the FBI and IRS won’t greenlight mass arrests of poll-watchers. That the wretched kept generals who’ve clawed their way to the top of our broken Woke military don’t trust their subordinates to obey illegal orders. (Not enough tranny colonels in place for that, yet … .) That Elon Musk’s conquest of Twitter gums up their plan to filter out all Wrongthink and Crimethink.

What then? Let’s say we capture both the House and the Senate, and place a few governors and secretaries of state in a few major blue states. What should our goals and strategy then be?

Should we simply try to limit the damage inflicted on Americans during the past two years of criminal government? Should we wipe a few noses, dry some eyes, and try to restore the “normalcy” of America in 2016, before the Left decided that the voters had stabbed it in the back, and resolved to stuff leftist autocracy down our throats and into our veins?

Oh no. We’re way past that. There are two words that must define our approach going forward: Purge and Retribution.

We must throw all our energy into purging our own side of traitors, of two-faced, compromised sellouts who’d rather see the left wield power forever than let the “wrong sort” of Republicans win. The Mitch McConnells, the Mike Pences, the Kevin McCarthys of this world are our most serious enemies. They are the ones who wish to deprive us of any voice at all, who demand that we accept as our political representatives elitists who despise us — who’ll take our money and votes, while holding their noses and rolling their eyes. They won’t protect us or help us. Their loyalty is with their classmates from New England boarding schools, whom they meet at the country club.

If we can’t topple these people, or batter them into submission, the war is already over. The French realized this in 1944, which is why they hunted collaborators much more eagerly than Germans. I’m not saying that we should shave Liz Cheney’s head in the street, mind you. Because that just sounds disgusting.

But insurgent Republicans who win this year despite the best efforts of the RINOs must refuse to play nice with our betrayers. Instead, they need to see that seizing control of the party is the first, second, and third order of business. Forget AOC and Ilhan Omar. To get to them you’ll first have to claw your way through McConnell, Scalise, and their minions. So sharpen up those talons.

If we can accomplish that, can purge or cow into submission our enemies within, our long-term goal must be to do the opposite of what Donald Trump did in 2017. Remember when he abandoned his campaign pledge to “Lock Her Up”? I think that even he now realizes what criminal folly that was.

We must seek to lock them up. Or (if literally doing that proves impossible for now) at least to expose and humiliate them, make their very names bywords for “shame” and “disgrace.” We need public, forensic hearings aimed at uncovering the crimes, malfeasance, corruption, and abuses of freedom committed by the likes of the following (a very incomplete list):

(The last three for mass-murdering old people in nursing homes by dumping COVID patients in their midst, to spike COVID death statistics and justify their tyrannical states of emergency.)

March America Through the Details of the Conspiracy

In terms of public officials, that’s a good start, for the first couple weeks of hearings. We must also subpoena and grill under oath every Big Tech and media executive who took part in fooling and manipulating voters — as part of the national conspiracy which the malefactors boasted of in the pages of TIME magazine. And every Big Pharma executive who cooperated in dumping untested vaccines onto unwilling Americans. And every local election official who colluded in radically insecure voting procedures that foisted the Former Joe Biden on Americans who didn’t vote for him.

This is just the beginning, of course. Keep peeling the rotten onion to expose the filth within. Let Americans know in excruciating detail who betrayed them and how. Purge this nation’s governing class of its most reprehensible sellouts.

I suppose these hearings will have to be held in Washington, D.C. But I’d rather hold them in Nuremburg.