If Ukraine’s Former President is Illegitimate, Why Isn’t Biden? 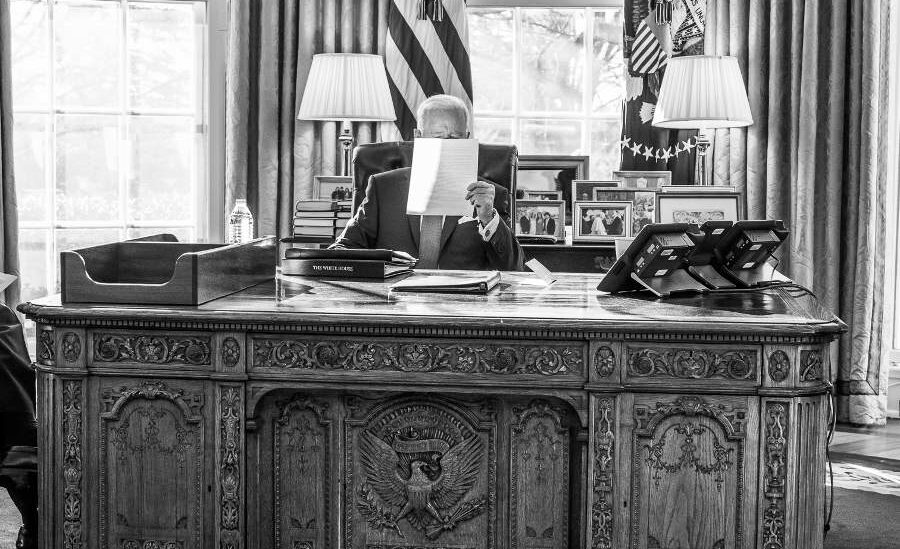 Russian President Vladimir Putin wants to re-install Viktor Yanukovych as Ukraine’s president, according to reports. Yanukovych was democratically elected president in 2010, but was overthrown in a revolution/coup orchestrated by the Obama-Biden-Soros tandem in 2014. Assistant Secretary of State Victoria Nuland was even caught on tape discussing who she wanted to be named his replacement.

By the way, the Reuters story included a taste of things to come: “‘I did not say it was not authentic,’ State Department spokeswoman Jen Psaki said at a news briefing.” Always dancing, that one.

Yanukovych initially won the presidency in 2004. Unlike the 2010 election, that election was not so free and fair. In fact, the Ukraine Supreme Court ordered a second run off, which Yanukovych lost.

Here is what the State Department said:

Okay. Seems pretty clear Yanukovych’s election in 2004 was fixed. Can we all agree on that?

But By Those Standards …

But wait a second … every single one of those six elements was present in our 2020 election. Every single one of them worked to put Joe Biden in the White House. I’ve written about this before in relation to proving election fraud here. Now we have a great test case.

Illegal Use of Absentee Ballots: Soros-funded Secretaries of State illegally re-wrote election laws, violating state and federal constitutions, to dramatically expand the use of absentee ballots. They not only exponentially expanded the use of absentee ballots — against the election integrity recommendations of Jimmy Carter and James Baker — they dramatically reduced the verification requirements on those ballots. In some cases, about 1/30th the usual rejection rate. Meaning, countless millions of ballots came flooding in … with little care into whether they were legitimate. Which was the whole point.

Opposition Observers Ejected: Throughout the swing states, GOP observers were physically blocked — even removed — from observing the election. This includes being blocked in Pennsylvania, tossed out. And even when allowed into counting facilities, they were kept impossibly far away from being able to see what was going on. Who can forget windows being covered up in Detroit to block observation. Or GOP observers in Georgia being told counting was over for the night only to have the counting continue.

North Korean-Style Turnout: We can talk about the 95%-100% voter participation at Wisconsin nursing homes. Or the precincts in Detroit with over 100% participation. Or addresses in Arizona with more voters than people. Or 900 military votes in Fulton County all for Biden. And on and on and odd.

We can talk about the $419 million Mark Zuckerberg spent to place partisan activists in local non-partisan election offices to run vote generating schemes for Biden.

But we need only one phrase: “81 million votes.”

To a guy who did not campaign, had zero voter enthusiasm, zero natural constituency, zero coattails, failed miserably in the primary until the DNC fixed his path, couldn’t draw flies to the few events he did, and percentage-wise was losing black and Hispanic voters compared to 2016.

Mobile Ballot Box Fraud: Dinesh D’Souza is set to expose an army of 2000 “mules” hired to stuff ballot boxes nationwide. He’s got the footage and the backing data to prove it. True the Vote also has a confession from a man who admits to stuffing ballot boxes for pay.

Here is a preview:

Computer Data Allegedly Altered to Favor One Candidate: Since election night’s magic spikes, data experts have been presenting evidence that something funky went on with the computers. (This after the media spent years warning that our election computers were wide open to fraud.) You have reports from every state that’s looked of data being destroyed, of illicit entrees into the systems.

You have election workers in Pennsylvania caught on tape talking about restructuring election data. You now have Wisconsin’s Special Counsel revealing the extent to which computers in Wisconsin were, contrary to the media spin, connected to outside computers. That includes five in Green Bay hooked in with a computer controlled by a “political operative.”

Reports of Opposition Fraud – Never ever forget the Time magazine article where some of those who conspired to rig the 2020 election explained their motives. In their own words, they acted to “fortify” the election to protect against what they feared Trump was going to do. (Horrible things like push to make sure voter rolls were accurate. What a MONSTER.)

It is still amazing that the mainstream media and RINOS can accuse Trump of pushing “The Big Lie” in claiming the election was rigged against him. The conspirators confessed … more accurately, bragged about it. But I digress.

The point here is, every measure the State Department used to declare former Ukrainian president Yanukovych’s 2004 election a fraud is present in spades in Joe Biden’s election.

Now flip that around to address the current crisis.

If you insist Biden was not elected by fraud, you have no basis to say either of Yanukovych’s wins was fraudulent.

If that’s the case, Obama-Biden overthrew a legitimately elected President in Ukraine, and the U.S. has no right to complain about Putin wanting to put him back in.

Which is it, Biden voter? Whataya have to say about it, Adam Kinzinger? CNN? MSNBC? Even you, Bill Barr.