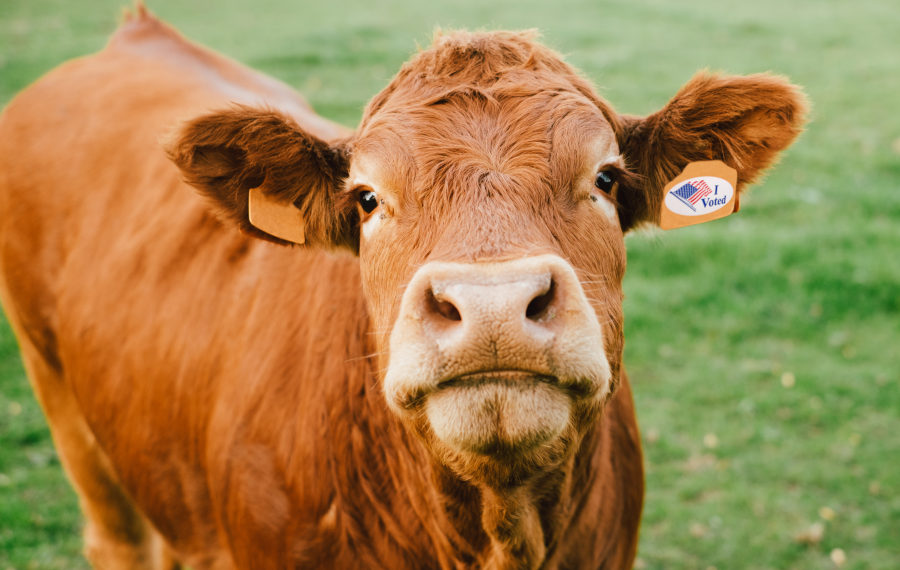 If you’re adding milk to your Brew, make it from Wisconsin!

A simple question for those who mock the notion that the 2020 Election was as crooked as a witch’s nose after a UFC fight: What would it take for you to admit an election was fixed?

What if the richest guy in the state … say, Mr. Potter … dropped millions of dollars in key counties, bribed local election offices there to install his grunts to take over the offices and run around collecting and generating votes for the candidate of his choosing?  What if state officials illegally changed the election rules to facilitate more cheating? Then fought tooth and nail to prevent any investigation?

Well, the special counsel investigating the 2020 election in Wisconsin has concluded exactly that. According to an interim report from retired state Supreme Court Justice Michael Gableman released Tuesday, Mark Zuckerberg’s $9 million dollars to election offices in five key Democratic counties violated Wisconsin bribery laws. The partisan activists placed in those offices then dedicated themselves to ginning up votes in Democratic strongholds, ignoring more Republican areas. A violation of equal protection.

The judge found that 91 nursing homes in the state had an unheard of 95% to 100% voter participation. That’s about a 50% increase from previous elections. Let’s be more blunt: That means ballots were rounded up from people in comas or mentally incapacitated or unable to resist their ballot being hijacked. Gableman says the 91 nursing homes only represents the ones his investigation was able to examine. There are 348 nursing homes in Wisconsin.

The report goes on. But what Gableman found was so egregious — the bribery, the ballot harvesting, the trashing of equal protection to run up Democratic votes, etc. — he recommends the Wisconsin legislature decertify the 2020 results in the state.

Biden’s alleged margin of victory in the state was a mere 20,682.

In Georgia, investigators from True the Vote have a man on tape confessing that he was paid to illegally harvest ballots for the 2020 election. Georgia law expressly prohibits third parties from collecting absentee ballots. Georgia Secretary of State Brad Raffensberger now has the state investigating. He tells Just the News he plans to get hold of the ballot harvesting John Doe and “follow the money.”

Dinesh D’Souza’s upcoming film 2000 Mules claims to have tracked via video and cellphone data 2000 people in the swing states who took part in the ballot harvesting conspiracy.

So again, what would it take to convince people? People caught on tape illegally dumping countless ballots in Zuckerberg’s Ballot Drop Boxes then scampering off to get paid be evidence? What will it take?

State of the Union Left-Overs

Jen Psaki: Biden Didn’t Have Time to Mention the 13 Murdered US Service Members Killed in Afghanistan

Rep. Lauren Boebert is getting ripped for shouting at the State of the Union about the 13 service members killed during the Afghan withdrawal. Biden did not bother to even mention them. (He was again talking about his late son Beau. You know, the son that wasn’t paid millions by corrupt Russian oligarchs and Ukrainian energy giants.)

Why? According to Jen Psaki, Biden “didn’t have time” to include the slain heroes. Really? Five extra seconds wasn’t going to kill the guy.

Honesty check. How many of you immediately thought “It may well have”?

And She Pointed Out Something She Shouldn’t Have

Psaki had a second gaffe Wednesday when she drew attention to Putin’s pattern of invading neighbors when Biden is in high office.

The first step is admitting you have a problem. https://t.co/7NkA5LmdpH

The Mysterious ‘Go Get Him!’

Joe Biden added a mysterious ad-lib to the end of his speech: “Go Get Him!”

"Go get him!" Pres. Biden says at the very close of #SOTU remarks. https://t.co/SLfrkxjM7F pic.twitter.com/bD5j7vQhNo

Speculation abounds as to who Biden was talking about. Going after Putin? Former NBC correspondent Luke Russert insists it had nothing to do with Putin.

“My father used to say ‘Go get ‘em!’,” Russert tweeted. “It’s a Rust Belt Irish Catholic kind of way of saying, ‘Give ‘em hell!’ It’s not meant to go after Putin, it’s more of a ‘let’s go forward, try hard and win, America!'”

Sounds good … until you listen again and realize he’s saying “Go Get Him!”

On the bright side, at least he didn’t repeat “Let’s Go Brandon,” like he did Christmas Eve.

Bombs are raining down on their city, the Russian army is knocking. But these Ukrainian brothers and sisters can’t help but worship.

Ukrainian Christians worshipping at a metro station in Kiev. They sing of forgiveness, salvation, mercy, joy, peace, and the people of Ukraine. A biblical light in the gloom of possible war. pic.twitter.com/Fx06sM8QC8

Something to think about the next Sunday morning we’re at church and don’t feel in the mood to worship.

Dr. Michael Brown responds to “A ‘Gay Christian’ Predicts the Gay Community Will Destroy the Church.”

Lawrence Reed says, “Ukrainians Have Been Defying Foreign Invaders for a Thousand Years. Their Courage is No Surprise.”