If the US is Nineveh, Then Canada is Sodom

Mass euthanasia is already an epidemic in North America. 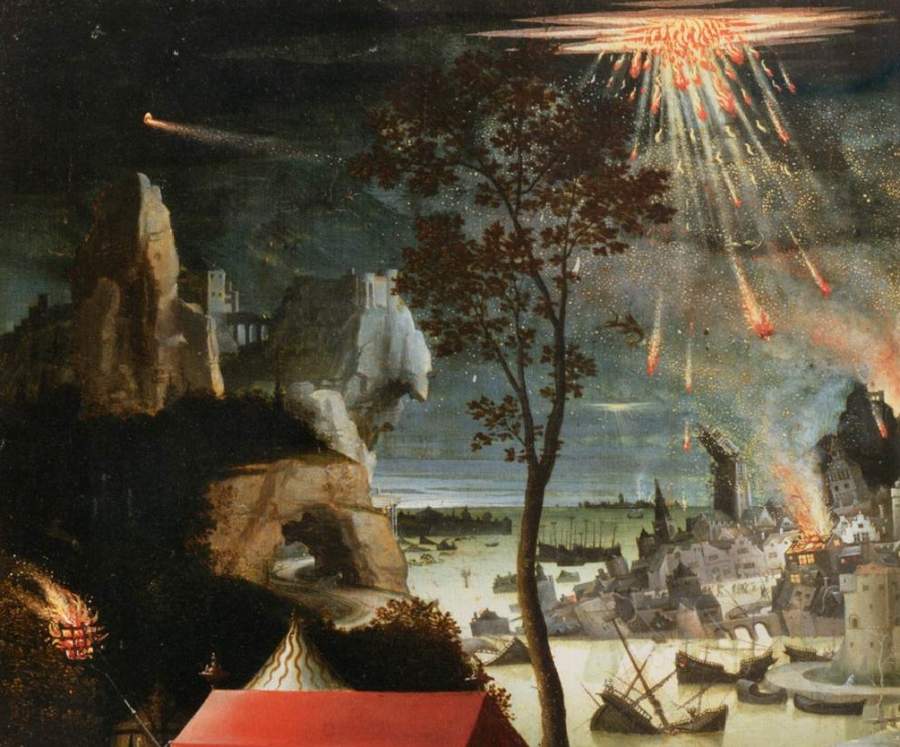 Some 14 years ago I published a satire, a funny piece meant to point up a deadly serious subject. A leader of the official ob-gyn organization in Canada had publicly denounced then-Vice Presidential candidate Sarah Palin. Why? Because she had said that she was glad she hadn’t aborted her Down Syndrome child. And the Canadian doctor worried that she might influence Canadian parents to do the same. To welcome the child God had sent them, instead of killing it. She ought to be silent, this Canadian doctor demanded.

So I wrote a piece called “Kill More Canadians.” In it, I pretended that I wished to empty Canada of all its current inhabitants, so the U.S. could annex it and make it a theme park. And I praised the abortion-happy doctor for helping us get a start on “culling the herd” in the Great White North:

The process of gradually clearing out the blank space on the map which lies to our North — I’ve always called it The Annex — should be accomplished in classic Canadian style: with deference, almost with diffidence. There is no call for broken windows or blood on the ice. As we gain for our overcrowded nation a measure of much-craved living space, we owe it to the brooding, bleating herds of lumbering Canucks to ensure that their last days are spent in peace and comfort.

I invite you to go read the piece.

Canada: Five Years Ahead of the U.S. on the Road to Hell

Sadly, that piece has aged all too well. The culture of death in North America advances inexorably, a little more quickly in Canada than in America. Here as in other indicators of decline (think of the savage crackdown on the truckers’ protest) Canada is five years ahead of the United States, on the slippery Gadarene slope that leads down to the sea.

My old friend, the intrepid conservative journalist Richard Poe, called my attention to what’s happening more quickly in Canada than here. The facts are appalling, if not exactly surprising. I beg you to go through the whole of this sobering Twitter thread which Richard posted:

The 80 million baby boomers born in the US from 1946-1964 will not be allowed to die natural deaths.

2/7
Call it senicide—the mass killing of the elderly.

I exposed this plan in an August 2009 article (“Medical Murder,” Whistleblower Magazine).

The plan is to kill off the aging baby boomers before we bankrupt Social Security, Medicare, and Medicaid.https://t.co/g8S6Z8uXR6 pic.twitter.com/dv2leMyeKy

3/7
In 1994, George Soros got the plan rolling, by funding the so-called Project on Death in America, a massive retraining program for healthcare professionals, aimed at normalizing euthanasia, assisted suicide, withholding of treatment, and other forms of medical killing. pic.twitter.com/pgQ0SnWNeM

4/7
Canada is way ahead of us on the senicide curve.

In 2019, 61-year-old Alan Nichols was euthanized in a Toronto hospital. His only symptoms were depression and hearing loss.https://t.co/LFYwbIbgMR pic.twitter.com/ZUV2muNfyZ

6/7
The final frontier is “social euthanasia”—killing people who aren’t even sick, but who are nonetheless deemed a burden to society.

Canadians have already been euthanized for no other reason than being poor, homeless, and in despair.https://t.co/vJto6Fq7qG

7/7
A quick look around Twitter shows divided opinions, with many people approving of euthanasia.

That’s the signal they were looking for.

From this point, medical killings will escalate, worldwide.

Do you think the U.S. is immune to this brutal, utilitarian killing of the helpless and the innocent? Far from it. Leave abortion aside for the moment, and the crass vivisection of unborn babies for the production of untested, dangerous vaccines.

During COVID we witnessed in practice a mass euthanasia of patients in nursing homes. Too many even on the right still tell themselves the thousands of COVID deaths in such facilities were the result of Democrats’ “incompetence” or “apathy” or “cluelessness.”

I don’t believe it. Not for a second. All that death was premeditated and intentional, as I argued here back in May. I’ll repeat the salient points, which I believe justify us in speaking of the Blue State Nursing Home Genocide of 2020:

An old saying goes, “When someone shows you what he really is by his actions, believe him.” When vaccine fascists went on social media and wished mass death on the unvaccinated, they meant it. When public officials in once-free countries like Australia and New Zealand said there was “no room” in society for people who didn’t comply, they meant it.

When Bill Gates says he wants a global population reduction in the billions, he means it, too. Likewise when transhumanist “big brain” Yuval Harari says: “We just don’t need the vast majority of the population,” I believe he’s stating his beliefs quite sincerely. Here he is giving a TED talk to his fellow “elites,” explaining the uselessness of … everyone who doesn’t get invited to go to TED talks.

When I say that we’re facing not people confused by bad ideas, but elites possessed by demons, I mean it too.