If Obama and Trump Were Not Political Saviors, Surely Biden is Not 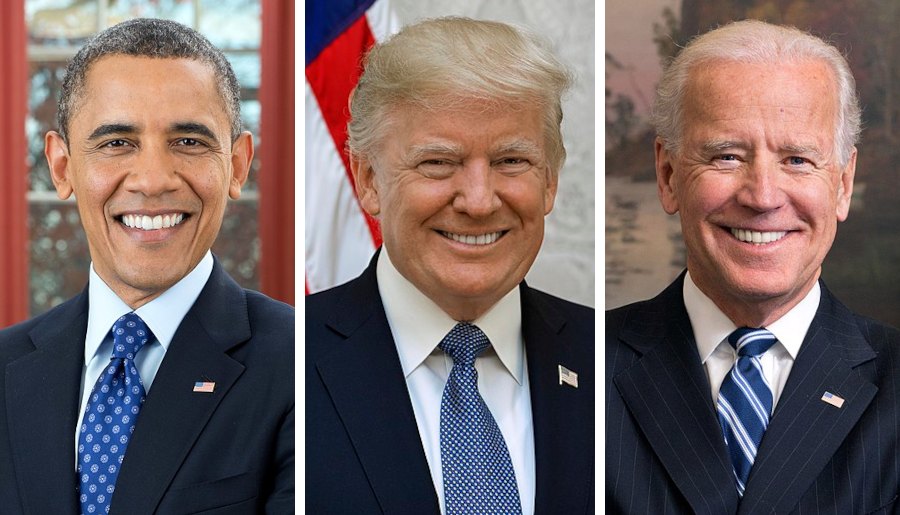 You would think Americans would have learned the lesson by now, but it appears we have not. Instead, every four or eight years we elect a new president with great fanfare, breathlessly praising or criticizing their first moves in office. Surely they will turn the tide of the nation, we think to ourselves. Everything will change under their administration. Except that is not reality. But our memory is short, and soon enough we’re thinking that the next president will be “the man” or “the woman.”

Barack Obama was the chosen one, depicted by Newsweek with a halo over his head, the man whose speeches caused Chris Matthews to feel a “thrill” going up his leg.

Next was Donald Trump, drawing massive crowds to his rallies, a man prefigured in biblical prophecies, with a cult-like power over his followers. Even Trump’s opponents attributed god-like powers to him.

Are Presidents as Powerful as We Seem to Think They are?

As The Stream‘s Tom Gilson wrote sarcastically, “Donald Trump is powerful. Amazingly powerful, if you believe what his opponents say. Indeed, the most magically powerful man the world has seen in generations. They know well the wizardry he wielded, especially in his final months as president. They know he led a vast array of people against that great god, Karl Marx, and all the lesser deities emanating from him, the academics, bureaucrats, and politicians who’ve brought us today’s reigning elite cult of cultural Marxism.”

Yet, as exaggerated (and even ridiculous) as it was to look to either Obama or Trump as savior figures, they did, at least, have a certain charisma.

Obama was not just our first black president. He was (and is) a great orator, able to inspire a sense of hope in his followers, even if the hope was false.

While their policies certainly do matter and their decisions can have generational repercussions, they will not destroy or rebuild the heritage of the nation in one or two terms.

Trump, for his part, knew how to work a crowd and appeal to his populist base. He alone could be trusted. He only could do the job. At least that is the impression he gave.

As for Joe Biden, he is a career politician who, at the twilight of his career, is now our president. He is neither Obama nor Trump, and even in the best of times, it is highly unlikely that he would have drawn massive crowds, let alone motivated them.

President Biden, the Darling of MSM

Yet he is now the darling of the mainstream media, the new hero, the political savior, the truly anointed one. He is even being hailed as a super-saint, a “devout Catholic” (in contrast with a “controversial Catholic” like Justice Amy Coney Barrett).

As Newsbusters tweeted, “What bias? The liberal media are talking about Joe Biden as if he is some Saint of Catholicism instead of the President.”

Piers Morgan couldn’t resist taking a shot, writing that, “The non-questioning hero-worshipping treatment of Joe Biden and his administration is gut-wrenching and needs to stop immediately. And the media needs to start doing its job properly.”

As reported by Fox News, “Morgan cited numerous examples of journalists being overly partisan from the ousted New York Times editor Lauren Wolfe who said she had ‘chills’ at the sight of Biden’s arrival to Washington D.C. ahead of his inauguration to CNN anchor Anderson Cooper describing Trump as ‘an obese turtle on its back flailing in the hot sun.’”

RT.com also drew attention to this obvious media bias, also pointing to the way we glorify our political leaders, noting that, “The cover for the winter edition of Jacobin, which was previewed hours after Joe Biden was sworn in as the 46th US president, mercilessly mocks the US’ habit of treating its politicians like celebrities. Taking the next logical step, it reimagines the new president as a messiah, borrowing imagery from traditional Christian iconography.” (Note that Jacobin describes itself as “a leading voice of the American left, offering socialist perspectives on politics, economics, and culture.”)

Yes, “The issue of Jacobin magazine covering the inauguration features a mock icon, complete with a halo around Biden’s head, seraphim-like Clintons and angelic killer drones in the sky. Some don’t seem to realize it is satire.”

Did you get that? As extreme and ridiculous as the cover was meant to be, not everyone got the point. That’s the degree to which the mainstream media has been fawning over President Biden.

The Rescue From Orange Man Bad

But if it is not for his great charisma or oratory skill or cult-leader powers, why has he become so exalted by the left? It can only be because he is the anti-Trump, the one to replace Orange Man Bad, the leader who unseated the menace. Is there any other explanation?

If he was simply hailed a decent human being calling for unity (a description which many would still challenge), that would be one thing. But 78-year-old Joe Biden, the latest demigod? Really?

The real irony is that, despite our lofty expectations and the great hype we entertain every four years, there’s only so much our presidents can do.

And while their policies certainly do matter and their decisions can have generational repercussions, they will not destroy or rebuild the heritage of the nation in one or two terms.

Without being cynical, this cycle reminds me of Ecclesiastes 1:4-7, where it is written, “Generations come and generations go, but the earth remains forever. The sun rises and the sun sets, and hurries back to where it rises. The wind blows to the south and turns to the north; round and round it goes, ever returning on its course. All streams flow into the sea, yet the sea is never full. To the place the streams come from, there they return again.”

Yet, depending on our point of view, we either hail or condemn each decision, as if it were fixed in stone forever.

There are No Political Saviors

Much of the Trump administration was devoted to undoing the Obama agenda, and now the Biden administration is trying to undo Trump’s agenda. And around and around it goes.

But that doesn’t stop us from pinning our expectations on each new president, as if he (or, at some likely point, she), was the hope of the nation.

Perhaps now, as we watch the left fawn over President Biden, we can have a reality check. There are no political saviors. Let’s try to remember that four years from now.