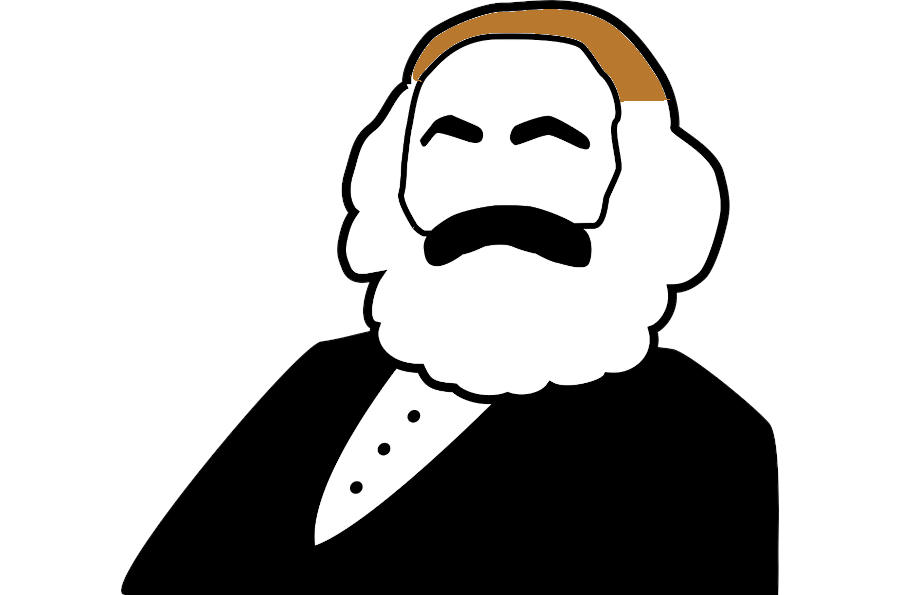 Donald Trump is powerful. Amazingly powerful, if you believe what his opponents say. Indeed, the most magically powerful man the world has seen in generations. They know well the wizardry he wielded, especially in his final months as president. They know he led a vast array of people against that great god, Karl Marx, and all the lesser deities emanating from him, the academics, bureaucrats, and politicians who’ve brought us today’s reigning elite cult of cultural Marxism.

There is but one way to explain his power and his apostasy from the approved doctrine. The world has been nervously, vigilantly watching for the rise of the antichrist. He has not appeared, for which we can all give God thanks. For all his eerie abilities, Donald Trump is not that. He is, instead, the AntiMarx.

The Power of Death In His Hands

Power? Oh, yes. He, the AntiMarx, carries death in his hands. He alone is responsible for 300,000 coronavirus deaths in a year! His opponents do not deny the virus’s supporting role, but they know it took an AntiMarx to kill so many with it.

It took supernatural power for Trump to beam the command into Andrew Cuomo’s brain: “You will pack the elderly into contaminated nursing homes.” That one feat of mental magic alone accounted for close to 3% of his killings. It’s a small thing, though, compared to his magically reversing time to rewrite the Constitution, making the states responsible for much of our health policy, thus enabling him to hide his dastardly deeds behind Cuomo, Whitmer and so many others.

The AntiMarx controls minds and bends time; and he is also unhindered by space. He sent his sorcery far across the oceans to confound the World Health Organization into failing its first mission of identifying and confining a worldwide health threat.

Oh, there’s so much more; but surely this was the work of no ordinary human.

The Sole Source of Election Confusion

Donald Trump is the one and only reason Americans have questioned November’s election results. He and only he stirred up the doubts of tens of millions. He alone is behind all this trouble.

It took great power for him to bend all these Americans’ thinking on election night, disturbing them into the strange belief that it was unusual for counting to be paused, or for totals suddenly to tumble Biden’s way. Some were so instantly bespelled from afar, they even committed their questions to Twitter’s public sphere. They didn’t know it was the AntiMarx planting the words on the page through their unwitting fingers.

He spelled a computer hacker into being able to invade Dominion’s Georgia systems. He crafted piles of papers appearing to be affidavits, and persuade hundreds to think they’d written or dictated them. When tens of millions “saw” massive mathematical anomalies in the votes, the statistics were actually the same as in every election.

Such is the power of the AntiMarx.

The January Speech That Caused December Plotting Against the Capitol

And then for his final preternatural presidential display, Donald Trump delivered a speech on January 6 urging peace in all its words, while secretly causing insurrection in some other hidden message somewhere. I don’t know how, but I suspect he employed backward masking.

It was backward causation at any rate. His speech reached back in time and caused leaders of the Capitol invasion crowd to begin plotting it weeks earlier! (Extremists made little secret of ambitions to ‘occupy’ Capitol in weeks before attack. Police noticed it but didn’t notice. I think we can attribute that to Trump’s Shadow-like ability to “cloud” their minds.