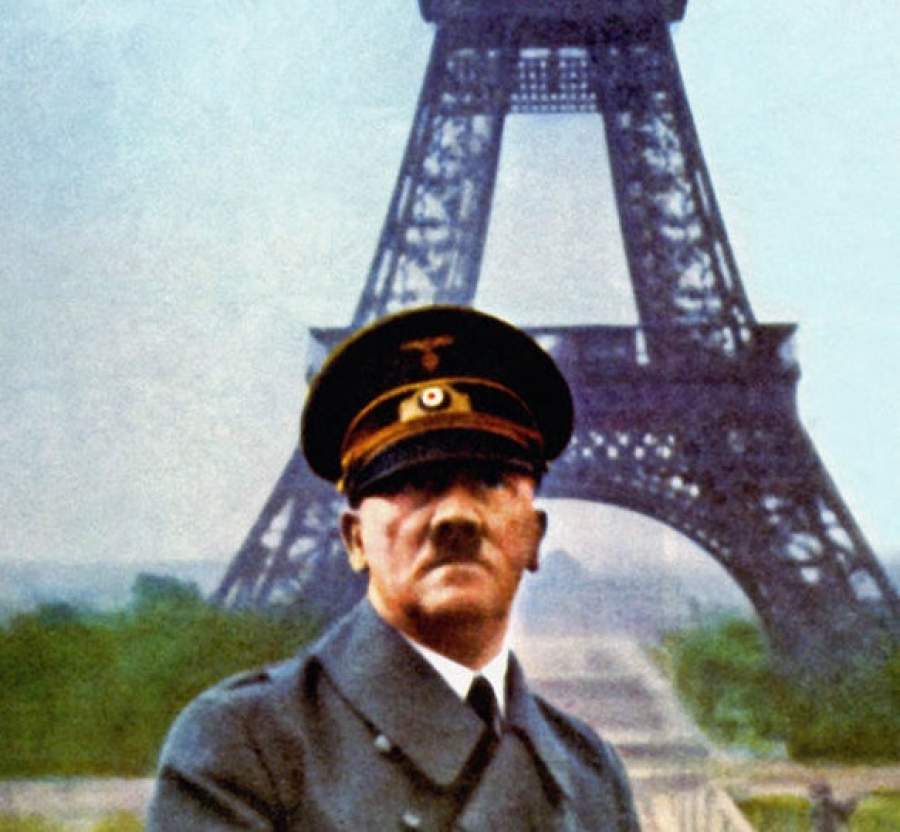 The French army in 1940 was large and well-equipped, with more and better tanks and planes than the Germans. Why did its morale collapse so quickly and completely? France went from a major power to a conquered Nazi province in just a matter of weeks.

It’s not as if the French have ever been cowards. The nation of Napoleon, Louis XIV, and Charles Martel had a long, proud fighting tradition. Just 26 years before, the French had fought a much less wicked and menacing German regime with bitter tenacity. A fractious, divided nation rallied against a common enemy, sacrificing one in four Frenchmen of military age. When the Kaiser’s men menaced Paris, ordinary citizens used buses and cars to ferry fresh troops to the front.

Why was the same nation, from the top tiers of government on down, so ready to surrender to the Germans after a single failed campaign in 1940? It’s still something of a mystery.

If Joe Biden wins in 2020, historians will ask similar questions. How did the nation which rallied and responded fiercely to the attacks of September 11, 2001, collapse like a cheap tent thanks to Chinese biowarfare in 2020?

Don’t fool yourself. If Biden takes the White House, that is what will have happened. And the explanations for America’s collapse in 2020 will mirror those for France’s defeat in 1940, as I’ll explain. But the prospects for liberation will be far less hopeful for us, since China doesn’t face other enemies as Hitler did. We are the last real bulwark against it.

Maybe this sounds nuts to you. But what if in October 2019, I’d told you that a Chinese virus would cripple our economy, close our churches, and strip us of the right of free assembly — except for violent, destructive, anti-police riots? That it would give Democrat governors virtual dictatorial powers, which they’d ruthlessly exploit, weaponizing public panic? Making a mockery of public health by dumping virus patients in nursing homes, while locking down churches? And that the Democrats would nominate one of the weakest candidates in their field, but exploit the effects of the Chinese virus to pull ahead in the presidential race? You’d have waved me off as a crackpot. But that’s exactly what has happened.

Human Bioweapons, Flown All Over the World

Remember, this disease originated in a Chinese bioweapons lab. It likely escaped by accident, but what matters is what happened next. After months of refusing international help or transparency, and lying to the world about how infectious the Wuhan Flu really is, China’s Communist leaders panicked. They locked down all travel in China, and quarantined the province of Wuhan.

Tbe Communist Party locked down all travel in China, and quarantined the province of Wuhan. But it made sure that travelers from all over China, Wuhan included, kept flying around the world. That way, China wouldn’t have to suffer alone.

But they made sure that travelers from all over China, Wuhan included, kept flying around the world. That way, China wouldn’t have to suffer alone, and wouldn’t lose comparative economic and military advantage. Every infected person the Chinese put on a plane in subsequent months was an unwitting bioweapon, like a Japanese Zero headed for Hawaii in 1941.

President Trump in January banned travel from China, and then from Europe where Chinese travelers and workers had spread the disease. Democrats including Joe Biden damned him for “xenophobia.” Our media got the word from Chinese investors and censors that no one was to call the disease “the Wuhan Flu” or even connect it to China — as diseases have traditionally been named for more than 100 years. And they obeyed.

China wanted to crash Western economies, but especially America’s. The Democrats wanted to crash America’s economy too, to force Trump out of office. So they eagerly seized on the most outlandishly frightful scenarios, and turned “two weeks to slow the spread” into “locked down until this disease disappears.” They helped this Chinese sabotage of our livelihoods and freedom, for crass political gain. And they were rewarded.

Just so, our media got the word from the Biden campaign not to report on the proof that Hunter Biden sold access to Ukrainian kleptocrats, and sought bribes from Chinese Communist officials. And they obeyed.

I turned off Thursday night’s town hall with President Trump after 15 minutes, lest I smash a nice flatscreen with a Cole Haan thrown across the room like a hand grenade. For that whole time, the U.S. president fielded idiotic, dishonest questions about a disease that China sent us. And the “moderator” treated the president as if he’d been Patient Zero, the Typhoid Mary who’d spread the sickness, killing thousands.

How many past presidents who served during influenza or polio outbreaks faced questions like those? None, in fact. Past generations knew that deadly diseases come and go, and that man is a mortal creature, who may face death and judgment at any time. Nowadays we see ourselves as little gods, but fragile ones, desperately afraid of facing the Abyss. Too many self-styled Christians have soaked in this godless attitude from the culture.

Canceling Our 2016 Votes, by Any Means Necessary

Our media, in thrall to the Democratic party, has been gleefully feeding the panic, using it to bring down a president whose legal election it never accepted anyway. Meanwhile, China has cracked down on Hong Kong, built more concentration camps for Uyghurs and Christians to work as slave laborers for Nike, and threatened war with India. Its economy has largely recovered, while the West still cripples itself.

And the Democrats are all too happy to ride this catastrophe to power, as some Jew-hating Frenchmen were happy to collaborate with the Nazis. Indeed, large numbers of Frenchmen regarded their own government in 1940 as illegitimate. Members of Communist unions, on orders from Stalin, sabotaged defense factories. Frenchmen hated other Frenchmen with different views more than they feared the Nazis. Some far-right Frenchmen, who loathed their Jewish Prime Minister Leon Blum, joked “Better Hitler Than Blum.”

How many Democrat voters today shrug at China’s cruelties and tyranny, but compare Donald Trump to Hitler, and his supporters to Nazis?

Will We Obey Foreign Masters?

Americans have been instructed to panic, and many of them obeyed. They were ordered to make themselves poor, and many obeyed. Now they’re being ordered to vote for a corrupt and compromised half-senile has-been, who promises to go on appeasing Communist China.

Will they obey? If they do, and the Democrats keep their promises to pack the Supreme Court, give amnesty to 20 million illegals, and add frivolous new states like Washington, D.C., there may be no going back. Media monopolies —  that even now, with Trump in the White House and a GOP Senate, censor our speech — will be even more emboldened. Political gangs like Antifa and Black Lives Matter that torch our cities will be rewarded. They’ll only get more aggressive, and a packed Supreme Court might very well torch our Second Amendment rights, leaving us helpless.

We will live in a different country altogether, my friends. A defeated one, occupied by a regime that obeys its foreign masters, and licks their boots when they kick us.