Instead of hooking up via quips with thousands of strangers, I’m courting eligible authors. 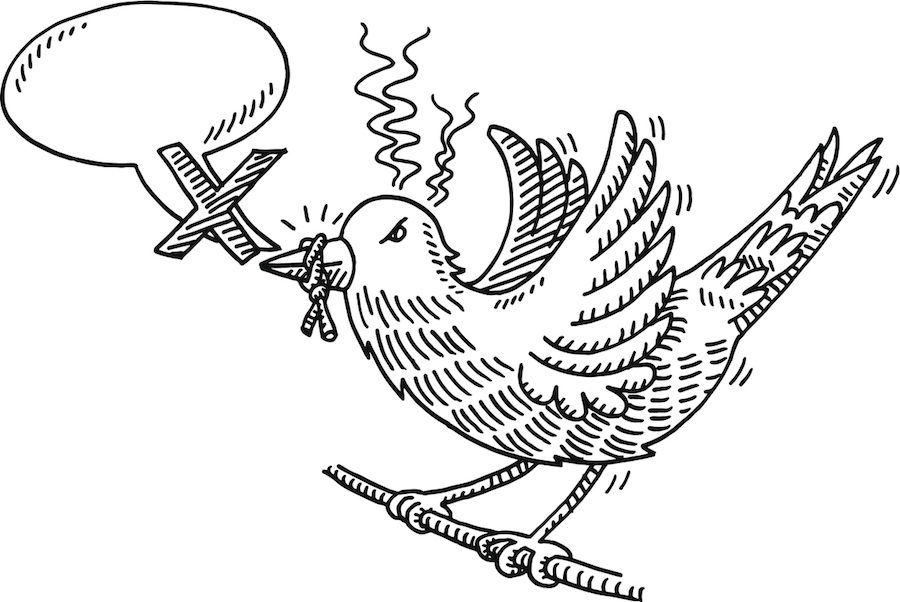 I don’t like to indulge in sour grapes. Let’s revisit that old expression from Aesop’s fables, to restore some of the force to a phrase that’s now cliché:

Driven by hunger, a fox tried to reach some grapes hanging high on the vine but was unable to, although he leaped with all his strength. As he went away, the fox remarked ‘Oh, you aren’t even ripe yet! I don’t need any sour grapes.’ People who speak disparagingly of things that they cannot attain would do well to apply this story to themselves.

Unplugging from The Matrix

You might suspect me of a “sour grapes” reaction when I say that Twitter did me a favor by kicking me off two weeks ago. I spent ten years building up to 12,000 followers, which spiked to 28,000 in a week after standing up for Sidney Powell here at The Stream. Then I lost it all by offending the strange gods of Transgenderism.

You might recall that I wrote here how the Transgender lobby is the richest racket on earth, funded by a small cabal of white male billionaire perverts. These men indulging the fetish of autogynephilia pour their cash into a cause that’s destroying women’s sports, endangering women worldwide, and aimed at destroying all our mammalian institutions.

Obsessed billionaires can hire a lot of online indignation, who can send many complaints to Twitter’s already twitchy team of censors. I’d already ticked off Twitter by defending Kyle Rittenhouse, and speaking loudly about the 2020 Election Steal, even writing the parody song “Biden, Did You Know?” that Eric Metaxas performed, which got banned from YouTube. It didn’t take much of a straw to break that camel’s back.

At first it was jarring, I will admit. I’d gotten kind of addicted to the Hive Mind that Twitter constitutes. Under the rubric of looking for story ideas to write about here at The Stream, I would sit for hours a day pursuing threads. And getting in arguments. But mostly tossing off dozens of what I fancied were truth bombs — then sitting back to watch the blast wave and its ripples.

Being suddenly unplugged was disorienting, as it was for Neo in The Matrix when he finally took the Red Pill. Of course I was angry that a so-called “neutral platform” has the privilege of editing writers’ content, thanks to Congressional neglect. I also felt the chill of the icy intolerance the Left increasingly has for dissent of any kind.

You know what else I had? Four or five hours a day back, which I used to waste, while pretending that I was doing “research.” That’s a lot of time. Suddenly I realized that I’d been essentially working at a half-time job, generating content for total strangers, to Twitter’s financial benefit … at a wage of $0.00 per hour. 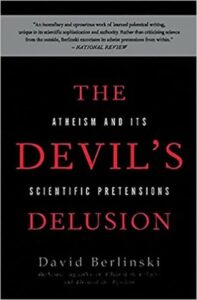 And now I’d been fired. Thrown out into … the briar patch, like Br’er Rabbit in Uncle Remus’s story.

I felt no urge to watch TV instead. I reserve that for late night chill-out, when I’m too burned out to do more than watch World’s Dumbest Outlaws or animal documentaries on Curiosity Stream. (My subscription to that Roku channel, by the way, is the best entertainment money I’ve ever spent. I recommend it.)

No, I’ve gone back to reading books voraciously, as I used to before … I got hooked on Twitter. Now I’m really doing research for pieces that I’ll write here — and for the next book I’m writing, on why Christians should rally behind “Christian Nationalism” and the Second Amendment. So maybe Twitter set back its own political goals by forcibly stopping me from squandering my own time. When the book, God, Guns, and the Government, is finished, I should send a signed copy to Jack Dorsey, the weirdo who runs the company.

The First Batch of Books

Here are some of the books I’ve devoured post-Twitter, and my microreviews:

The Devil’s Delusion, by David Berlinski. This gifted mathematician and essayist cuts through the snark and sneering of the New Atheist movement, to show how its premises and arguments in fact are incompatible with the one thing New Atheists claim to treasure … scientific progress. 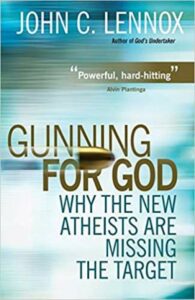 Gunning for God, by John C. Lennox. This Oxford math scholar has spent more than a decade debating the likes of Christopher Hitchens, Sam Harris, and Richard Dawkins. He exposes the empty, sophomoric philosophy behind their polished put-downs and scoffing quips, and how finally … sad these people’s worldview really is.

The History of the Byzantine Empire, by Charles Oman. A distinguished Victorian scholar of history, he shows how the neglect and contempt which the likes of Edward Gibbon had for the Byzantines derived from his bias against Christianity. It’s chilling, however, to watch how institutional corruption and political selfishness helped doom that Christian empire. I saw how the catastrophe of 1453 had it roots in the kind of cowardice we Americans are seeing in 2020.

The Light Ages, by Seb Falk. This history of science book (which I’m still working on) explodes the myth that the Christian Middle Ages were “dark” in any sense. It follows the patient research of medieval monks who sought to discover traces of divine order in the Cosmos, laying the groundwork for future experimental progress. 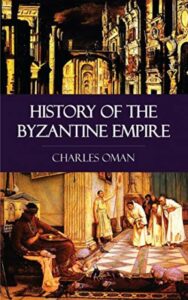 Vietnam: An Epic Tragedy, by Sir Max Hastings. I’m still partway through this one, and “tragedy” is all too apt. With remarkable even-handedness, Hastings unfurls the origins and implications of this historic war. He shows how the ideological fanaticism of the vicious, obsessed Vietnamese Communists finally had to outweigh the self-seeking, risk-averse gambits of the South’s corrupt politicians — no matter how many lives or feckless billions the U.S. was willing to spend. Reading about the short-sighted generals in Saigon who stumbled to their doom with champagne glasses in hand made me think of certain GOP state officials in the state of Georgia at the moment. 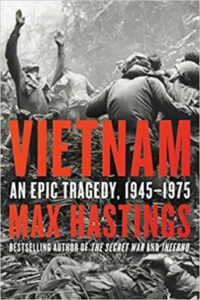 Not bad for a couple of weeks.

So thank you, leftists of Twitter. You haven’t made me your enemy — that was already true. You’ve made me a much more focused and dangerous enemy, along the lines … of the Viet Cong.