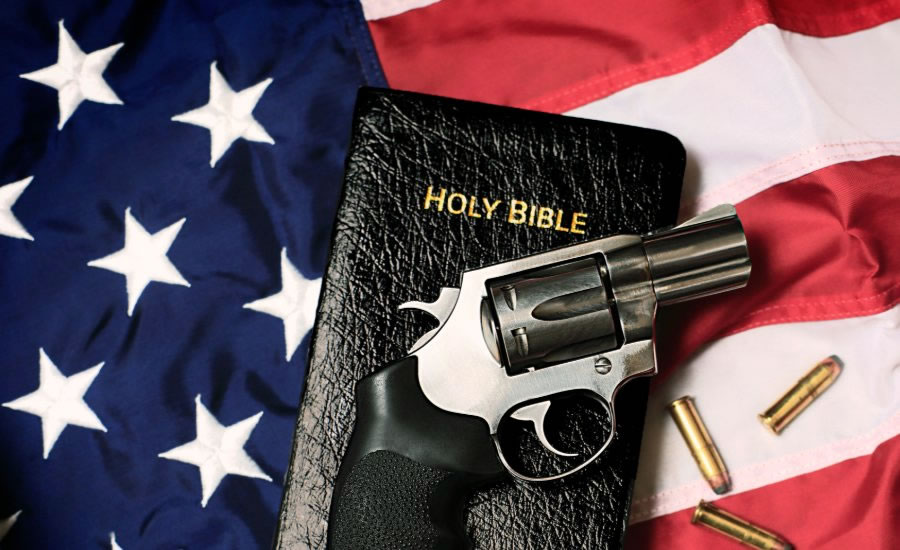 One of my favorite contemporary thinkers and writers is Robert Oscar Lopez, a periodic Stream contributor. I know few other Christians who confront evil head-on with so much courage. Or with so little regard for their own narrow self-interest. Robert’s stubborn integrity has cost him jobs at colleges both secular and religious, but he remains a happy warrior. Only God does that for people.

Robert and I did a video podcast the other day. (Go watch it!) Our topic? The new slurs against believers, or at least those who demand transparency about our country’s apparently stolen elections. If you support President Trump, and you didn’t roll over and play dead the moment Fox News called this profoundly dubious vote result for Biden, you stand in the cross-hairs.

The Next Slur for the Next Open Persecution

The latest poison blow-dart aimed at us, Robert explained, is the epithet “Christian Nationalist.” He said that servile, squishy Christians clearly wanted to call the Trump coalition something extremely damaging, such as “White Nationalist.” “But they just saw too many people of color, like me, visibly supporting the president, to get away with that. So they coined this ridiculous term, ‘Christian Nationalist,’ hoping people would have the same reaction,” Robert said.

The Church’s open enemies are slavering over this. As I wrote the other day:

Already, the “secularist” faction of the Democrat party is equating orthodox Christians with white supremacists. And demanding that we be carefully monitored as potential sources of “terrorism.” NBC is following the Southern Poverty Law Center in smearing our ministries as “hate groups” that shouldn’t get neutral benefits like PPP loans.

The term of abuse getting used by those who want the FBI monitoring biblically faithful churches (instead of, I dunno, Islamist mosques) as likely hotbeds for terrorism? “Christian Nationalist.”

But I don’t think the term itself ought to be radioactive. Let’s stop dodging and ducking whenever the term “Christian Nationalist” gets hurled at us. Instead we should say, “Yes, thank you for summing up my beliefs so concisely and clearly.”

I’m getting a little tired of the term “conservative.” Maybe because we find so little left to conserve, and so much that needs tossing out. What are we trying to conserve, exactly, about 2020 America? Do we want to fight on the hill of saving monogamous same-sex marriage? Maybe we want to insist that public schools with transgender bathrooms and lurid sex ed for 7-year-olds still fly the American flag? Or will we get on board with the next stupid war in the Middle East, to promote the same sordid license that in America passes for “freedom”? Are we just promoting free markets and big business, full stop? Even when those businesses are using slave labor in China, or imposing Chinese Communist censorship here at home?

Even modifying the term with “conservative Christian” doesn’t do much good. It sounds like we’re politicizing the very substance of faith. Stick with doctrinally meaningful modifiers like “orthodox” or “biblical” when you’re trying to distinguish a church that tries to prevent abortions from one that promotes transgender delusions.

The Golden Mean Between Tribalism and Imperialism

I think instead we should go with “Christian Nationalist,” and explain in calm detail exactly what we mean. What’s so poisonous about Nationalism, anyway? As Israeli scholar Yoram Hazony explains in his brilliant work of original political philosophy, The Virtue of Nationalism, it’s a concept with a mostly noble pedigree. (American nationalists saved the Union. Zionists established Israel. Polish nationalists brought down Communism.) Yes it has been abused, but what word hasn’t? Jim Jones called himself a “reverend,” but we didn’t drop that word. Hitler and Stalin both claimed to be “socialists”; the socialists of Norway didn’t cringe and rename themselves. 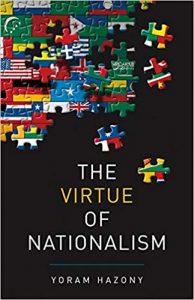 As Hazony explains, Nationalism is the Golden Mean, the middle way between two historical extremes. On the far right, you might say, is Tribalism. That’s the political system based entirely on kinship and proximity. Tribalists only care about, sacrifice for, or promote the interests of, people who look just like them or live right near them. Tribalism produced the political chaos and constant wars of the American Indians, the Renaissance Italians, and today’s unhappy Syrians. You can base Tribalism on perceived racial kinship, as white supremacists do. But you can also ground it in something else, such as regional separateness, or politicized religion, like the Irish Republican Army.

At the opposite, left extreme is world-straddling Globalism, or (more candidly), Imperialism. Imperialists want to impose the same system of values, the same ruling elites, and the same economic/political system on people across the world. History tells of religious Imperialists, like the Muslim Brotherhood. But there were also racial Imperialists, like Genghis Khan and Hitler. And ideological Imperialists like Josef Stalin, and today’s President Xi of China. American neoconservatives, it’s clear, were horses of just this feather.

Who Is My Neighbor?

The fundamental question you answer when you choose a political “ism” is a simple but profound one: Who is your neighbor? It’s a question the Pharisees posed Jesus, trying to trip Him up. He responded with the parable of the Good Samaritan. By unpacking that, we can cut to the heart of this crucial question. Where do we focus our attention, when we choose politically whom we care about, sacrifice for, and feel loyal towards? Should we fixate on just the people of our own tribe or town? Should we dilute our concern for people promiscuously all across the globe, and presume to impose our ways, laws, and values on the entire human race?

Or should we choose as the Golden Mean … our fellow citizens of whatever race and creed, whom we see every day? That is, the people who obey the same laws, fight in our wars, pay taxes into a common treasury? Maybe the proper balance between parochial localism and grandiose universalism is … Nationalism. Or as some have long called it, Patriotism.

Not Extreme and Not Dangerous

Virtually every president of the United States before Jimmy Carter (apart from the Imperialist Woodrow Wilson) would have confessed to some form of what’s now called Christian Nationalism. So would Ronald Reagan. Before 1960, our courts recognized that moral norms based on natural law, as traditionally seen by Christians, were the default basis for U.S. laws. Certainly the vapid, empty secular Liberalism vaunted by Justice Anthony Kennedy in Planned Parenthood v. Casey wasn’t what our Founders fought for. Nor do we want some kind of intolerant religious state. We want something … smack dab in the middle, as Aristotle would recommend.

In our personal charities, of course, we might look far beyond our borders. We might choose to send money or go volunteer to help our fellow Christians in troubled countries. But first we must render unto Caesar what is his, and look to the legitimate interests of our fellow Americans. What’s so “dangerous” or extreme about any of that?

Maybe we ought to be candid and outright say it, and say it loud: We’re Christian Nationalists, and proud.