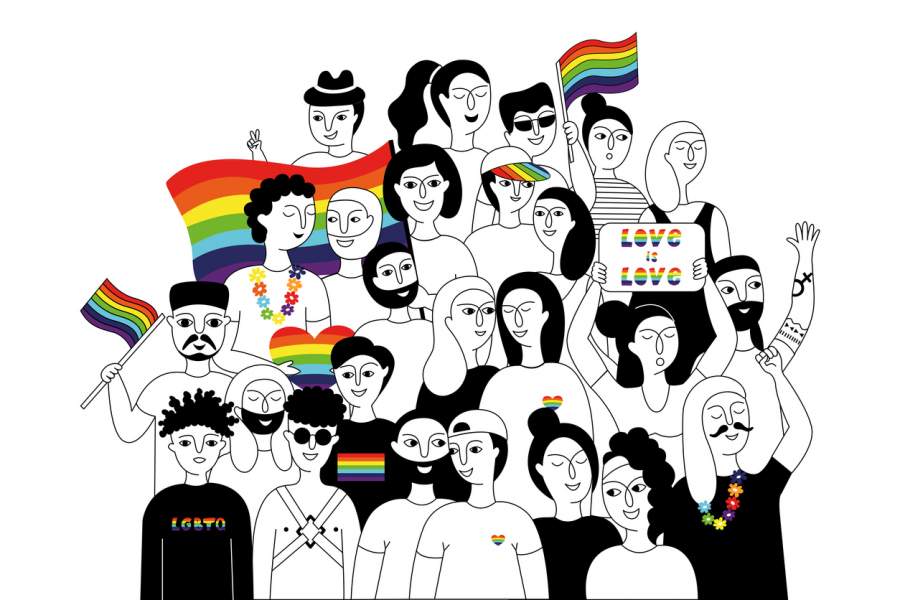 If this weren’t 2020, you might think the following report came from The Babylon Bee. As it stands, it’s almost par for the course. The Blaze reports:

A popular transgender activist recently called for all children to be put on puberty blockers until they are able to decide which gender they want to be.

Lauren McNamara, known by followers as “Zinnia Jones,” argued earlier this month that children should be legally able to consent to the administration of puberty blockers since they already de facto consent to the “permanent and irreversible changes” that come naturally through puberty.

The YouTuber went on to argue that “an inability to offer informed consent or understand the long-term consequences is actually an argument for putting every single cis and trans person on puberty blockers until they acquire that ability.”

Her comments followed a court case in the U.K. involving Keira Bell, a 23-year-old biological female who sued the British National Health Service’s gender-identity youth clinic for prescribing her puberty blockers when she was 16 years old. Bell, who since regrets becoming a male, argued that the clinic did not do enough to “challenge” her decision to transition.

But Why Not? Get Your Arguments Ready

A related Progressive suggestion which I have read rests on similar logic. Namely, that teen pregnancy is such a problem, and such an undue burden to just one half of the population, that we ought to give temporary, reversible vasectomies to all males as babies, then allow them to proactively reverse them once they decide to father children. The logic of each proposal is exactly the same.

Take a moment to register your outrage and disgust. Then you’ll be tempted to scoff at this whole thing. To write such ideas off as crackpot proposals that nobody will take seriously.

It’s a Trial Balloon. Can We Shoot It Down?

Don’t do that. That’s how we lose. The cultural left and the incredibly rich, powerful LGBT machine are counting on you to do that. To wave off the really crazy ideas that emerge from their fevered ranks, instead of seeing them for what they are: Trial balloons. Remember that 20 years ago, same-sex marriage was waved off as pie in the sky. Five years ago, no one would have dreamed of letting male rapists “identify” as women so they could move to women’s prisons — and rape again. Two years ago, no one would have imagined that countries would make it illegal to “deadname” people who claim a new gender.

Biologists who saw a group of animals that gnawed off their own genitals, practiced exclusive homosexuality, or killed a high percentage of their healthy young, might conclude that it had been poisoned by some environmental toxin.

So let’s not be smug, shall we? Today’s outrageous trial balloon is tomorrow’s well-funded lawsuit, and next week’s Supreme Court case. Maybe next month’s law.

Not Just For Snarky Sex Weirdos

At first blush, “Zinnia Jones” seems to be making a clever counter-argument. We don’t think children mature enough to consent to transgender assaults on their bodies. So why consider them mature enough to undergo puberty either? Such logic isn’t just what snarky sex weirdos post on Twitter. It’s the kind of argument that persuaded Justice Neal Gorsuch in the infamous Bostock case. Before him, Justice Anthony Kennedy followed such logic in Planned Parenthood v. Casey. We need to understand exactly what’s wrong with such arguments. Because they are everywhere in our culture, and will eventually dismantle absolutely everything.

That’s because they emerge from fundamental philosophical errors. If you put the wrong premises at the basis of your system of law or morals, you’ll keep on getting garbage results like this one. They’re tightly argued, self-consistent, and utterly insane. But do we know how to explain, in non-religious terms, just why and how they’re crazy? That’s more of a challenge.

It’s what I’m here for. To give you the deep background of such foundational mistakes, wrong choices, and (frankly) diabolical confusions.

So before Republican appointees to the Supreme Court buy into its sophistry and make it into constitutional law, what exactly is wrong with “Zinnia Jones’s” argument? Namely, that a teenager’s immaturity on the one hand, and the stakes of the decision on the other, make it equally wrong to trust such a person’s judgment either way, when it comes to the onset of puberty? So instead of preventing all young teens from postponing puberty, we should insist that all of them do so? At least until they are old enough to decide which sex they wish to be.

Again, set aside your instant, easy dismissal of such an idea. Depraved male billionaires who have cut off their genitals and are obsessed with normalizing transgenderism will soon be throwing their money behind precisely this proposal, or something much like it. We’d better have our arguments all lined up before school boards, Ivy League “sexperts,” and federal judges start jamming this idea down our — or our kids’ — throats.

The best argument, which seems obvious to us, is that young people naturally experience puberty, and so it is absurd to equate letting nature take its course with massively dosing children with dangerous hormones that frustrate nature. Another is that the percentage of young people who will actually wish to “transition” from their natural sex to the opposite sex is tiny. It’s absurd to impose medical treatments on all, for the sake of an infinitesimal minority whose gender confusion will likely resolve itself, as studies have shown.

Both arguments are correct. And both will fail. How do I know that? Because they already have, on issue after issue. Here are the reasons why:

Can’t you see the arguments above finding their way into a Supreme Court decision, then getting imposed across the country? Similar sophistry helped invent the rights of abortion and same sex marriage. Similar arguments led first elites, then millions of parents, to put American girls on hormonal birth control in their early teenage years.

Why does it lose? Because the modern worldview of Scientism — not science itself, but the ideology attached to it — rejects the notion of teleology in nature. Things happen in nature for causes, but not for reasons. We don’t have brains so that we can think, or eyes so we can see. We happened, by sheer biological accident, to develop brains, and thought happened to happen. Our biological ancestors by accidental mutation developed complex eyes, and suddenly they could see.

Such mutations as proved adaptive helped the fittest to survive. Everything about us, from our minds to our reproductive systems, is just an accident — happy or unhappy. So we have no reason not to tinker with these mechanisms, if we choose. (To understand why such Scientism is wrong, study the arguments of the Intelligent Design movement. If you’re deeply interested, read Edward Feser’s brilliant defense of teleology within nature, Aristotle’s Revenge.)

Darwinism Only Cuts One Way

Try countering by pointing out the obvious — that transgenderism, homosexuality, and mass presumptive sterilization of young people — aren’t adaptive. They don’t help people achieve the Darwinian goal of successful reproduction. Then you might think you’d won the argument, on sheerly “scientific” grounds.

But you haven’t. Because at this point secular progressives reveal that they’re actually mystics. For all the Darwin they spout, all the ways in which they pretend that we’re just trousered apes, they’ve stolen from Christianity one key tenet. Namely, that human beings are somehow, for some reason, special. Not that human life is sacred, or attuned to some higher purpose. No, but we’re somehow special anyway, such that our transient temptations and perverse desires ought to prevail over nature. We’re not apes, but angels (albeit fallen, willful, depraved ones).

Biologists who saw a group of animals that gnawed off their own genitals, practiced exclusive homosexuality, or killed a high percentage of their healthy young, might conclude that it had been poisoned by some environmental toxin. Or undermined by a weird mutation. They’d predict that animal group’s doom. Zookeepers trying to preserve that species once endangered might try to frustrate its strange, self-defeating behavior. Or else they’d sadly write it off as hopeless.

The Post-Christian Cult of Wokeness

But when humans engage in such perverse, self-destructive behavior? Then good, obedient moderns trot out Christian notions of freedom, self-determination, and the moral importance of protecting vulnerable minorities — though none of their Darwinian premises support any of these beliefs.

Wokeness is not some purely secular phenomenon, as historian Tom Holland showed in his masterwork Dominion. (See my three-part interview with Holland for The Stream.) It’s a post-Christian heresy. Indeed, Wokeness is the religion of the Antichrist.