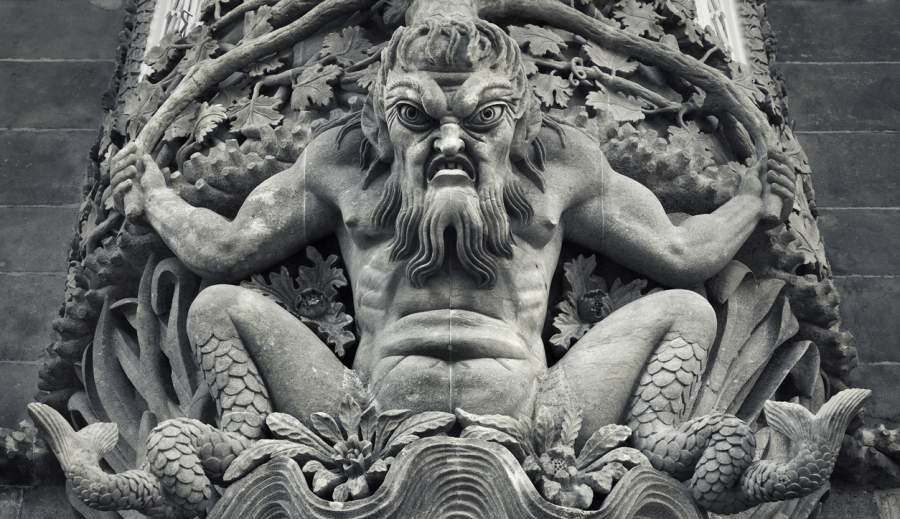 These are dark times, unprecedented for any of us who didn’t live through the Second World War. For those of you out there old enough to recall that, I can only apologize on behalf of the subsequent generations. You won the war, and left us the peace. And we blew it.

You didn’t deserve to have to see all this. I’m glad my parents escaped this vale of tears long ago. Mom didn’t half-starve through the Great Depression, watching five of her ten siblings die, just to watch Pope Francis cavort with Chelsea Clinton, and ally with Chinese President Xi. Dad didn’t serve under General Patton in the freezing rubble of Stuttgart to watch our Congress persecute citizens bold enough to question our stolen election. It was bad enough that mom and dad had to witness Roe v. Wade. At least they never had to hear the words “Drag Queen Story Hour.” Or “Caitlyn Jenner.” Or watch “conservatives” embrace such public obscenities that fetishize mental illness.

The Last Japanese Soldier to Leave the Cave

I’ll keep on fighting, of course. If not out of a grounded hope that anything short of a list of miracles could save our country and civilization, then out of sheer cussedness. I’m determined to emulate the last Japanese soldier left in a cave on the last Pacific island, still waving his bayonet in the 1970s. If we cannot stop our enemies from eating us, we can at least be the bones that stick in their throat and choke them.

I’m sure I’m not alone in having come to this conclusion. In fact, the emails I get from long-time friends confirm it. One old pal after another writes me shell-shocked, baffled messages, wondering what will be left by the time he dies, and how his kids will survive it. I never know what to say in response, since what I’m thinking is, “I’m thankful I won’t be leaving behind any hostages myself.”

And this column is my message to those of you who also feel this way. It’s not a political strategy, or an exposé of evils. Instead, it’s a piece of late-stage spiritual warfare, to steer us away from the brink.

The Enemy Switches Bait When He Fishes for Us

Just because we’re not part of one set of evils doesn’t mean we’re immune to others. The Enemy won’t rest with having corrupted the left half of the West. He wants every one of us, craves each of our souls as much as he hungered for Joe Biden’s or Nancy Pelosi’s. And we won’t know for sure we’ve escaped him this side of the grave.

He knows we’re immune to temptations like “Why don’t we show the kids trans-porn, to teach them Inclusion?” Or “Let’s replace the Gospel with Marxism in black-face!” So he won’t use those on us. As a long-experienced fisherman, he’ll switch the bait on his hook.

A Zombie-Like Peace, or a Glorious Rage

Since he knows we’re mostly past getting our hopes up, he leave that lure in his tacklebox. Instead, the Enemy will dangle allurements like Sloth, which whispers to us drowsily that we’d be fools to keep on fighting, even fighting temptations in our personal lives. Because all is lost, anyway. So we might as well find a kind of zombie-like peace by accepting it.

If that doesn’t suit us, he’ll try instead Gluttony for food, or drink, or distraction. He’ll tell us we’ll find repose inside that bottle of bourbon over there.

If we still have the energy left for unhinged Wrath, he’ll eagerly feed it. He’ll take our righteous anger at genuine evils, and curdle it into hatred for the people he duped into serving him. How Satan must laugh when a soul drops into Hell for excessive, embittered zeal! Those souls are the ghost-peppers that offer his human stew some savor.

But I think that the Deadly Sin that presents the greatest danger in times of decline and collapse like these is certainly Envy. As my book on this subject makes clear, that’s a different thing from jealousy — which itself can be morally neutral. “Jealous” as a word is closely related to “zealous,” and God calls Himself “jealous,” but never “envious.” A student who sees his colleague outcompeting him in math, or Spanish, or carpentry, might be driven to greater efforts. Likewise an athlete or even an apostle. He wants the same good someone else has, which he admires. That’s how we should read the stories of the saints.

Envy is utterly different. It’s the worst deadly sin, since it’s modeled on Satan’s reaction to God’s glory and creation. When we indulge in Envy, we don’t want to build something just like, or a little better, than we saw our neighbor has. No, we just want to tear it down and chuckle over the ruins. We don’t want a cow more productive than his. We just want to poison his. And so on.

Daydreams of the Death of Cows

And that’s the temptation I fear we Christians and conservatives face right now. We don’t have the cow, and no cow is coming. Our enemies stole our cow, and we’re never getting it back. It’s hard to even fantasize how our great-grandchildren might get it. (In this case, for “cow” read “civilization.”)

We know that our enemies cannot properly care for cows. They insist on feeding them lug nuts, and filling their stalls with antifreeze, not water. They think that the cow’s a machine, and hire mechanics instead of vets. They paint the cow hideous colors, worship it as an idol, and subject it to unnatural acts.

Enraged at all of this, but utterly powerless to rescue the beast, we fume on the sidelines. And the enemy sidles up to offer us just one last consolation: daydreams of the death of cows. We can chuckle as it gags on its harsh, inorganic food. We can scoff as its milk dries up, and our enemies start to starve. We might even think of speeding up its demise.

Because when the cow is finally dead, too tainted even for eating, then at last the thieves who took it from us will be in the same ditch where they left us. We can reach up our famished hands, at last, to push their faces into the muck. And then we’ll die “happy,” and go straight to Hell alongside them.

Leaving metaphor behind, it’s one thing for us to feel vindicated when wicked, deranged policies backfire and fail. We can hope that at least some fellow citizens might witness this and see sense. That’s spiritually quite different from sulking in our ghettos taking pleasure in others’ misery. If that’s not a live temptation for you, then good for you, my friend!

But if it is, let me urge you in the strongest possible terms: beware the evil of Envy, the devil’s favorite sin. Don’t gloat when some dopey white liberal gets stabbed by one of the “urban youths” whose crimes she rationalized. Don’t hope that the dead baby vaccine has brutal side effects for those callous enough to endorse it. Don’t snicker as blue cities burn — as burn again they will, and soon. Don’t wish an Islamic Caliphate on the hordes indulging in Pride Month.

They’ll pay for their sins themselves, if unrepented. What a coarse irony it would be if we joined them in Hell for our icy “virtues.” That would make our Enemy smile.