We got gaslit by Darwin, then hypnotized by Caesar. 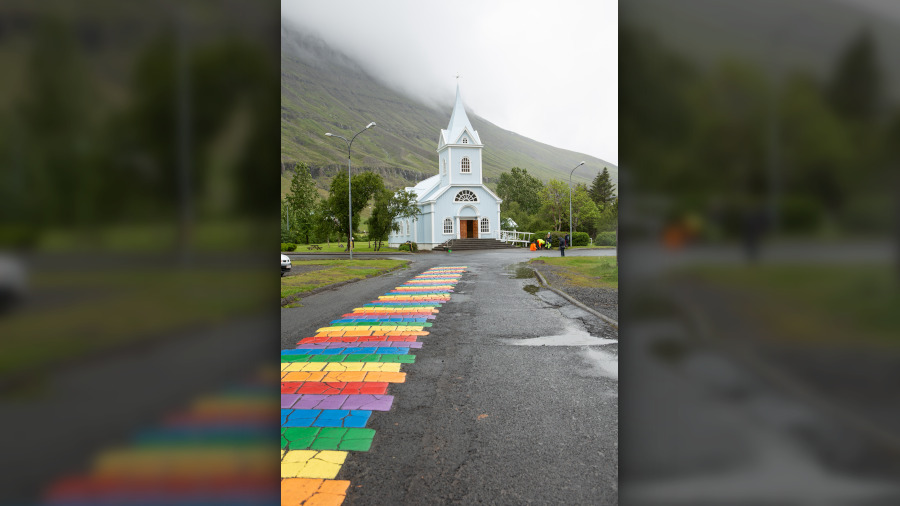 The collapse of our churches from apostolic zeal into weak-tea social activism started long ago. In the mid-19th century, in fact. First came geological discoveries revealing how old the earth really is. Then Darwin launched his speculative attempt to explain away the apparent “design” in animals and man. Each seemed to raise doubts about the reliability of the Bible on historical and doctrinal questions. After brief attempts to contest the implications of such theories, most “Mainline Protestant” churches surrendered on that front. They began to shift their emphasis away from personal holiness and evangelism, toward social reform and politics.

Christianity could no longer be trusted, these clergymen admitted, to tell us how things are. That is the domain of Science. But a role still existed for men like themselves, and theology faculties, and churches, they hastened to add! Christianity was the source for how things ought to be. It told us how we should treat the poor, how we should organize politics and reform both the economy and the law.

Just an Elevated Philosophy of Man

Christianity began to appear as just an elevated philosophy of man, intended to preserve his traditional dignity from the tar pits into which Darwinism threatened to ditch it. Jesus became an exemplar, an inspiration, a “great moral teacher.” Disconcertingly, He was one who tended to insist on His own divinity. And to perform public miracles, culminating at last in His resurrection from the dead and ascension into heaven.

That is, if we trust the text of the New Testament. But modern biblical critics were ready to help with that. For centuries, political intellectuals from Machiavelli to Hobbes had aided monarchs eager to aggrandize the State at the Church’s expense by finding “creative” new ways to explain away the plain sense of the Bible.

In the Enlightenment, thinkers eager to secularize the culture as a whole turned these skills on the Bible itself. These critics attacked not just the traditional Christian doctrines derived from the Bible, but the authenticity and reliability of its very texts. Especially in 19th century Germany, in the legally established churches of the Second Reich, state-funded scholars produced an entire methodology they called the “Higher Criticism.”

While it entailed a wide array of apparently “scientific” techniques, at its core this mode of Bible-reading was dedicated to eliminating as “inauthentic” any trace of the supernatural. Hence every miracle attributed to Jesus must be seen as a later “interpolation,” added on by a “church community” instead of attested by eyewitnesses. Scholars strained every nerve to date the texts of the four Gospels themselves as late as possible, sometimes well into the second century. All the better to render them essentially legends, with a mysterious man at their center, whose ethics we find appealing.

All the Cool Churches Are Doing it, Mom!

Some churches (the Roman Catholics, and among the Protestants, the Fundamentalists) for decades resisted this movement. They refused to denature Jesus’ morals from his manhood and Godhood. But those churches with the most social prestige in America largely embraced it. They gradually ceded ground on doctrinal questions. But they insisted that Christian ethics of kindness, “social justice,” and concern for the poor remained untouched by doctrinal doubts. We didn’t need to believe in the Fall of Man,  the miracles of the New Testament, or even the Resurrection. We had soup kitchens and social workers.

Meanwhile, social-climbing members of Catholic and traditionally orthodox Protestant denominations learned to ape Mainline churches’ ways. The US bishops in the 1960s let go of control over Catholic colleges, moved by the plea that they needed to catch up with the prestige of post-Christian Harvard.

We’re Not Irrelevant. Hold My Beer … .

As Jason Jones and I have written here, the question still arose:

How to make Christian ethical concerns effective, given their own fading belief in eternal punishment or reward? By implementing them through the State. Churches which adopted the “social gospel” became virtual hatcheries for political activists of the dawning Progressive movement, which saw either full-on socialism or an omnicompetent welfare state as the means by which the “Kingdom of God” could be made real on earth in our own time and by strictly human (governmental) means.

Read Murray Rothbard’s hilarious The Progressive Era for a rogues’ gallery of clergy embracing socialism, eugenics, and every other nostrum short of Mesmerism in a desperate quest for relevance.

Many of the activists who today support social movements incompatible with orthodox Christian faith (i.e., LGBT, Critical Race Theory) still consider themselves Christians. Of course, they might modify the term, to distinguish themselves clearly from “zealots” whom they detest. The typical term is “progressive,” though “inclusive” and “welcoming” also make their appearances.

Every one of these radical new social crusades that marches through the culture relies on the legacy of the Christian Civil Rights movement for its legitimacy. By defending the claims of newly-minted “victim” groups (pro-choice women, gays seeking marriage, transgender athletes), Progressive Christians fancy that they are marching in the tradition of Rev. Martin Luther King, and the millions of orthodox Christians who came to support him. They see that the decisions of courts (such as Brown v. Board of Education) and the passage of federal legislation (i.e., the Civil Rights Act) helped to root out grave evils which Christians condemn.

Render Unto Caesar the Keys of the Kingdom

Sadly, this reinforces in churches the central tenet of the Social Gospel. Namely, the claim that the State is the primary means of achieving God’s work on earth. Now, in many cases it’s necessary for Christians to engage in political action, as the pro-life movement recognizes. But the overall shift of emphasis in churches from personal evangelism and private charity to political lobbying profoundly threatens religious vitality.

Let me cite a chilling example. While the clerical sex abuse crisis was in full force, devastating my own Catholic church, our bishops conference was busy churning out 200+ public policy white papers per year. These clerics made demands on issues ranging from immigration to welfare spending, as if they represented the legitimate US government in exile.

Of course, among those political demands the bishops made were calls for more and stricter control of private firearms. The only cure for crime and disorder — or anything else — is that messianic force in human history, the US federal government. And if to grab control of that, you have to censor your opponents, slander their appointees, or even steal elections? That’s just the price of achieving your post-Christian Kingdom on earth.

What’s a pinch of incense here or there?