Democrats hold ordinary Americans in too much contempt to reach out to them. 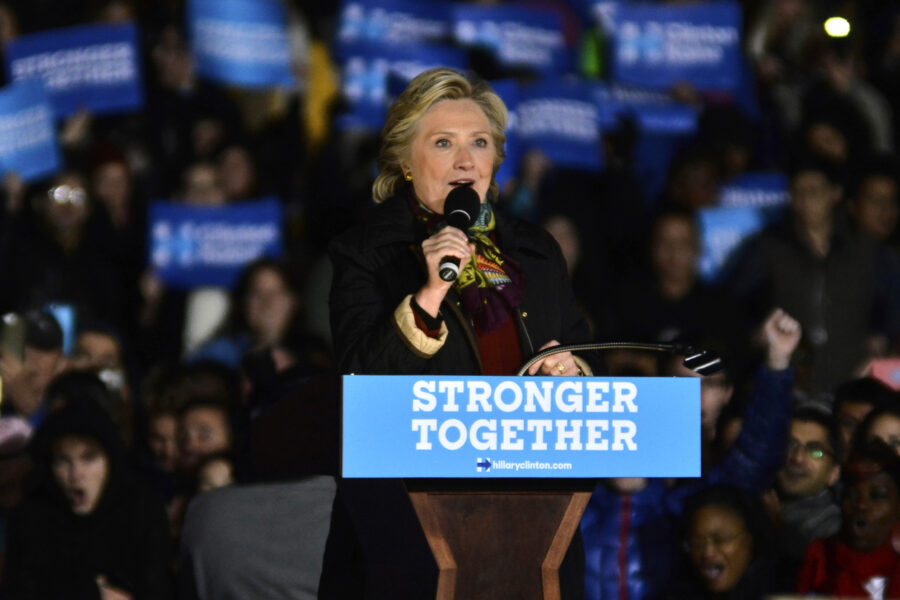 Hillary should have listened to “Dr. Death.”

Dr. Death is a nickname for Ace Smith, a Democratic strategist and opposition researcher. On the night before Thanksgiving in 2014, Smith sent an email to Huma Abedin, the vice chair of Hillary Clinton’s campaign for president.

Had Hillary heeded the advice in that memo, she might now be enjoying a second term as President of the United States. But Hillary ignored Smith, opting instead to try and topple Donald Trump by playing for a fake opposition research file about Trump’s apparent “collusion” to win the 2016 election. If the Democrats today would hearken to Smith, they wouldn’t face getting trounced in the next several elections. As seems likely at the moment.

Offered a choice between a substantive debate that could help real Americans and oppo research garbage, Clinton chose the latter. Her choice says a lot about the modern left. Namely that it thrives not on sincere debate but on resentment, psychological problems masquerading as social concern, and undiluted hate.

In his memo Smith argued that in order to succeed, Clinton needed to focus on the economy and the middle class. “It’s about a plan for the middle class,” Smith announces in bold. He then lays out his case:

So what should your opening message be and how should it be articulated?

A growing body of public opinion research points to middle class angst, in the shadow of apparent economic recovery, as a looming giant.  At the beginning of the year, Gallup found that 43% of Democrats and Independents expressed strong dissatisfaction with the current state of wealth and income distribution.  The same poll continued a long-time Gallup trend, finding that 54% of Americans are satisfied, and 45% dissatisfied, with the opportunity for an American “to get ahead by working hard.”

It is looking like the issues of the upcoming election will revolve around restoring America’s economy in a way that helps working people — something like:

“Isn’t it time for America’s economy to start working for working people?”

Connect with Americans? Nah, Why Bother?

Smith told Hillary: “I remember a speech in the early part of the 2008 race in which you talked about working every day of your life from your teenage years on — this, along with your large record of accomplishments (as evidence of your effectiveness), should be an essential biographical sub-theme.” He warns that a “listening tour” with a purpose “may work well — but a tour with a vague structure risks losing the narrative.”

If the wise advice laid out above sounds familiar, it should. It is a perfect outline of the themes that Donald John Trump used to propel himself to the office of President of the United States. In contrast, Hillary opted for denouncing “deplorables,” playing the race card, and avoiding Wisconsin at all costs.

Hillary also helped pay for a phony dossier from the ex-spook oppo research outfit Fusion GPS. Its claim? That Trump was in deep with Russians, including Russian prostitutes. It would be nice to report that the dossier backfired, but Clinton’s caddies in the media and Hollywood rode the fake news hard. It disrupted President Trump’s whole term in office.

It’s ironic. Ace Smith himself is known as the “Dr. Death” of opposition researchers. But in 2016 he counseled another course, a substantive debate on the economy. His name is in no way tied to the Russian dossier. He’s probably too smart to promote out-and-out falsehoods.

That would explain why his name also doesn’t seem to be attached to the attack on Brett Kavanaugh. The DNC tried the dossier tactic again in the fall of 2018, when they contracted a hit on Supreme Court nominee Kavanaugh. A high school friend of Brett’s, I was the Gov. John Connolly of that assassination attempt. It included a woman who was using an opposition research for months in the summer of 2018 claiming that in 1982 Brett had sexually assaulted her while I was in the room.

As with Hilary, the DNC leading up to the Kavanaugh hearings had an opportunity to opt for civic debate rather than toilet diving. They even got a warning. In May 2018, Mark Penn, a former advisor to the Clintons, wrote a piece asking questions about Michael Avenatti. During the Kavanaugh fiasco Avenatti would make bizarre claims that Brett and I had been at high school parties where girls were drugged and gang-raped. This was the equivalent of the Russia dossier’s vilest lies regarding Moscow prostitutes. It was pulp fiction.

“So exactly who is paying Michael Avenatti?” Penn asked in The Hill. “And is he a lawyer, an opposition researcher, a journalist, or a campaign operative?”

It took a long time and even a court battle to find out that the Clinton campaign and the Democratic National Committee paid for the Fusion GPS dossier [aka the Russian dossier], a fact that was disclosed only after the damage was done, as former British spy and the dossier’s compiler, Christopher Steele, had already created a vast echo chamber as though the material he was peddling had been verified in some way, which of course, it never was. Now Avenatti is being allowed to repeat this same process, mixing truths with half truths and evading accountability.

“Avenatti has been given a free, unfettered media perch on TV to spread his stuff without the networks forcing him to meet any disclosure requirements,” Penn concluded. “He is now being given deference as though he is a journalist interested in protecting unverified sources while he makes headline-grabbing pronouncements. Lawyers need to disclose the source of their evidence.”

Not if you’re the Clintons, and not if you are served by a corrupt and compliant media.

In 2014, Hillary had a choice. So did the Democrats in 2018. Instead of debating the issues and what was best for Americans, they went head first into the dumpster.