US Military Helicopter Shot at in Virginia 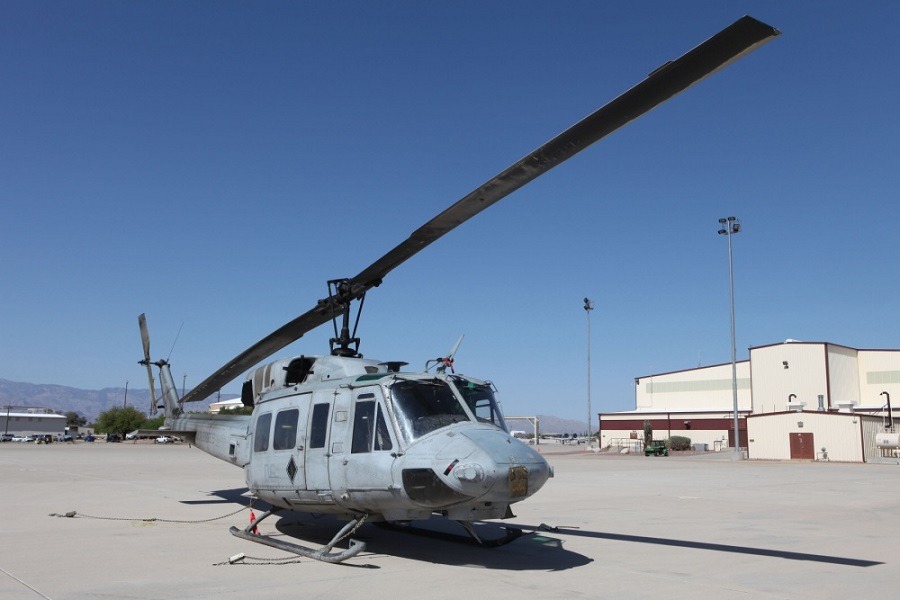 A UH-1N Huey helicopter sits at a military aircraft graveyard in Tuscon, Arizona, in 2013.

A member of a U.S. Air Force flight crew was injured when a military helicopter was shot at on Monday in Virginia, according to McClatchy DC.

The report’s details are troubling. The Air Force UH-1N Huey helicopter “was forced to make an emergency landing at a Virginia airport Monday after someone shot at it,” McClatchy DC reporter Tara Copp wrote.

The FBI is investigating the shooting, which led to a crew member being taken to a Manassas, Virginia, hospital for treatment before being cleared for release. The helicopter is part of the military’s fleet of aircraft at Maryland’s Joint Base Andrews, which includes Air Force One.

McClatchy’s report included the following statement from the FBI.

“The FBI Washington Field Office is working jointly with our law enforcement partners, including the Air Force Office of Special Investigations, to determine the circumstances surrounding the incident. One individual in the helicopter sustained a non-threatening injury, for which he was treated and subsequently released from the hospital,” the bureau said.

Anyone with information on this shooting is being asked to contact the Federal Bureau of Investigation at 202-278-2000. McClatchy DC’s report also included an official statement from Joint Base Andrews.

“The Office of Special Investigations is fully engaged with our FBI colleagues on this incident. OSI take threats to our airmen and our resources very seriously,” the statement said. “As this is an ongoing investigation, no further investigative details can be released at this time.”

The Stream will be following this breaking news story and have an update on Friday in our weekly This Week at War feature.