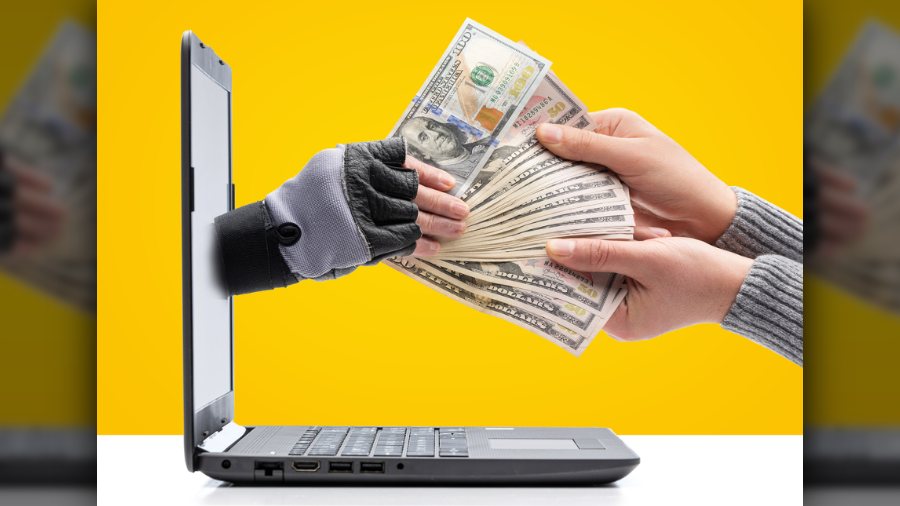 I want to piggy-back a few thoughts on a portion of Al Perrotta’s superb Morning Brew for Monday. It’s mind-boggling that GoFundMe would have the arrogance, dishonesty, and recklessness to freeze $10 million that belonged to the Freedom Convoy 2022 —  because the company didn’t agree with its politics.

And the corporate suits were actually going to take it upon themselves to decide which other charities would be worthy of their customers’ donations. Instead of, I don’t know, maybe their customers’ preferences. I guess their thinking was, “If they were willing to donate to Freedom Convoy 2022, they would surely be just as excited about donating to Planned Parenthood!” I’m not a legal expert, but if that’s not embezzling, I don’t know what is.

Only after intense outcry from Canadian and American citizens — including influential individuals like Elon Musk — and threats of legal action from governors and attorneys general, did the organization decide to refund all donations to the original donors.

WWMD … What Would Moses Do?

I wish we could re-enact the Law of Moses on this issue. (Just this one!) GoFundMe would not only have to return the funds to the people, but would have to add 20% to it. We read in Leviticus 6:2,5, “If anyone sins and commits a trespass against the Lord and deals falsely with his neighbor in a matter of deposit given him to keep … he shall not only restore it in full, but shall add to it one fifth more.” [Emphasis added.]

Musk called the organization “professional thieves.” Ted Cruz said, “When people gave money, they gave money under the promise it would go to the Freedom Convoy, not to whatever left-wing political ideology GoFundMe and other Silicon Valley companies support. They are deceiving consumers and it is wrong.”

In 2015, GoFundMe suspended funding of Sweet Cakes by Melissa, a bakery in Oregon that was fined for refusing to bake a cake for a same-sex wedding. In 2019, the crowdsourcing company canceled a fund-raiser for Australian rugby player, Israel Folau, who’d lost his team. His crime? He quoted 1 Corinthians 6:9-10 on social media, which was called “homophobic.”

An excerpt of the organization’s official statement about the Freedom Convoy conveys its self-righteousness and dishonesty:

GoFundMe supports peaceful protests and we believe that was the intention of the Freedom Convoy 2022 fundraiser when it was first created. However, as a result of multiple discussions with local law enforcement and police reports of violence and other unlawful activity, the Freedom Convoy fundraiser has been removed from the GoFundMe platform.

First of all, I’m not from Missouri, but show me. Show me the video, audio, or transcripts of your discussions with law enforcement, and show me the police reports. Many who are eyewitnesses there in Ottawa strongly dispute claims of violence. Entrepreneur Connor LaRocque told Fox News Digital that he felt “very safe” and likened the environment to a football game. He went on to say, “It was all peace and love, the entire event.“

What really drove me to do this is the smiling faces I’ve seen on the people that organized it. A good friend of mine helped put this together, and it’s been wonderful to see all the smiling faces that come together. And it doesn’t matter, Christians, non-Christians, all sorts … It’s a wonderful sensation to see unity once again in Canada.

When asked if he was worried about repercussions, he said:

Not at all. Some of my friends have been arrested for pastoring their churches. We’re fully prepared to smile and push through for the greater good … . We want to see Christ glorified in the church and out of the church. So we’re pushing forward, come what may.

Countless reports corroborate such stories. If there are a few exceptions, they are most likely some radical thugs (or feds) trying to hijack the rally, as they did on January 6.

“GoFundMe supports peaceful protests.” That’s a lie. In the summer of 2020, the company funded BLM and Antifa, who were responsible for some of the most violent riots this country has ever seen.

The company even funded the bailing-out of violent BLM rioters from jail, only to go riot some more. It raised $1.4 million for the Portland bail fund. Andy Ngo tweeted:

@gofundme allows the campaign for violent Portland Antifa member Alissa Azar to remain so she can raise cash after she was indicted on a felony and more. Her attack on people at a park was caught on video by Melissa Lewis, who has tried to scrub the video.” [Emphasis added.]

And let’s not forget that the company funded the Antifa occupation of CHOP zone in Seattle, an actual insurrection attempt.

Do the company’s leaders think we forgot about all that? Have they not heard that Al Gore invented the internet? It’s astonishing that they would insult our intelligence in such an egregious way.

And yet they are cancelling a bona fide peaceful protest because they don’t its politics. And by the way, Section 2 of the Canadian Charter of Rights and Freedoms guarantees its citizens the freedom to gather with others and express ideas. But Prime Minister Trudeau has blackened the names of these peaceful patriots as … (you guessed it) racists. You know, the way he likes to blacken his own face for laughs.

These woke corporations get so drunk on their power to cancel their customers that they forget their customers can cancel them. I would love to be sitting at the big, oval table — with popcorn — when CEO Tim Cadogan explains to GoFundMe’s board of directors why he ran off 50% of their business.

There are numerous competitors of GoFundMe, including FundRazr (personal), Fundly (personal), DonorsChoose (classroom), GiveCampus (classroom), Kickstarter (creative projects), Honeyfund (newlyweds), Experiment (scientific research), and a lot more. I’m not personally familiar with any of these companies. I just want to raise awareness that there are plenty of alternatives out there.

“Competition is not only the basis of protection to the consumer, but is the incentive to progress.” — Herbert Hoover.